Of the household objects that have always been there,
unremarkable, unsung,
this, 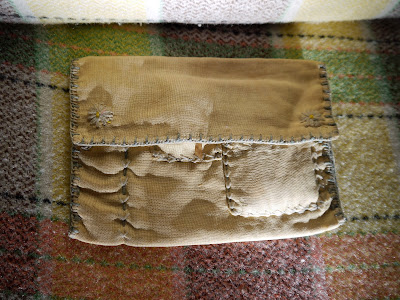 a little sewing case belonging to my mother,
is perhaps the most modest.
I don't know who made it.
It might even have been a child's handwork.
I had an older sister who died before I was born,
when she was ten, in November 1951.
Perhaps she made it at school. I was never told.
I have never even wondered until now.
Inside there were neatly sewn compartments. 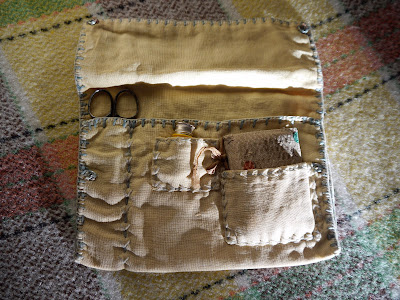 One for scissors. One for thimbles.
One for a needle case. 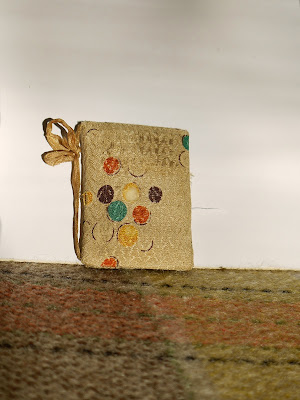 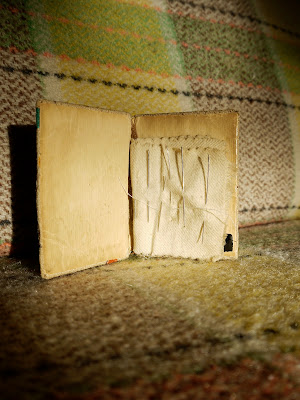 That was not homemade.
It has a tiny label saying,
Romney series,
Newton Mill, England.
I still use it,
but it is very fragile.
I decided to make a new one 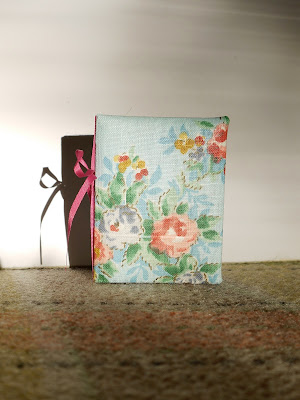 using a scrap of fabric from my mother's ottoman 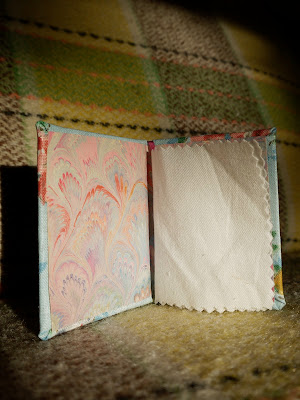 and some marbled paper from my first trip to Florence. 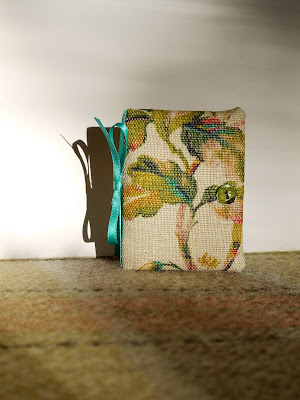 And then I made another,
from old curtain material, 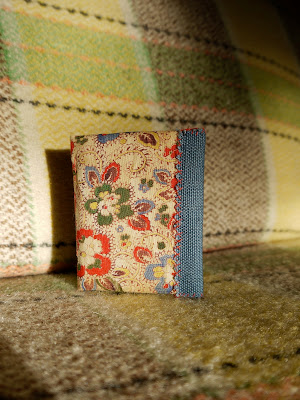 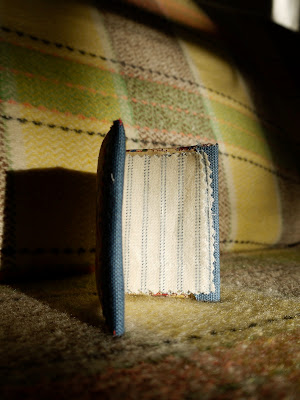 and another from perishing fabric
wrapped round a coat hanger
and another, 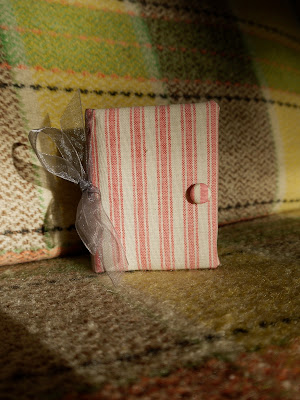 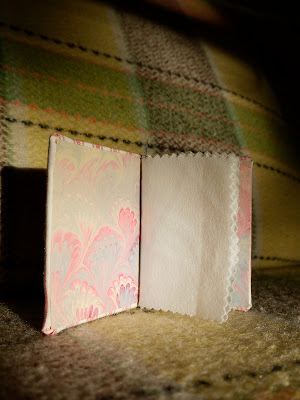 and just one more. 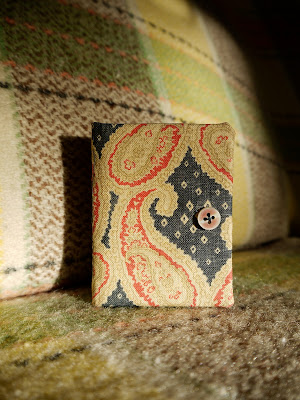 Which is why I haven't been
here very much.