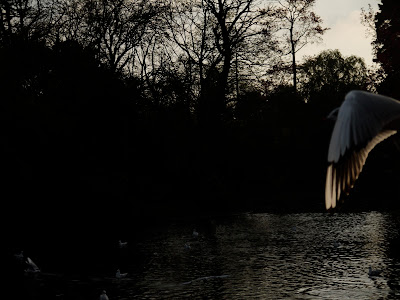 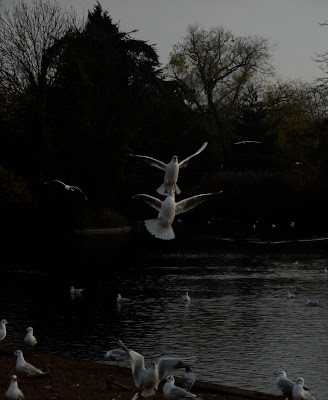 The long-winged, long-tailed terns
are altogether more volatile and dainty
and less aggressive than the larger and heavier-built gull tribe. 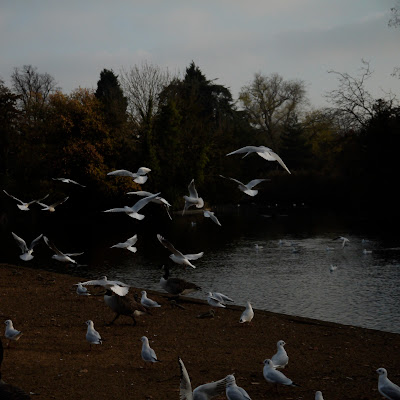 Terns, even when undisturbed by man,
will rise up suddenly from their breeding ground
and leave it deserted for a while as they float together in the sky,
moving silently and in a compact cloud over the sea. These movements have been called 'dreads' and 'panics',
but it is obvious that fear is not always the impelling motive. 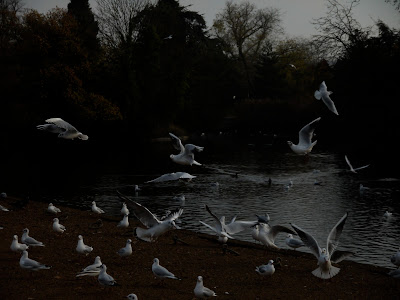 Whatever the cause, the result is inimical to the survival
of the species, as the nesting ground is left exposed
to the attentions of predatory neighbours.

Collective flight in birds often appears to be so instantaneous
that some writers have suggested it is governed by a form of
thought-transference taking place over the air-waves
or vibrations of which we know little or nothing. 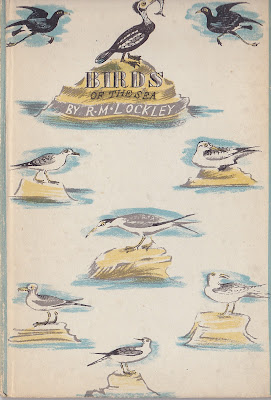 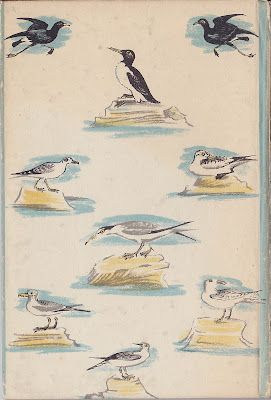 King Penguins Birds of the Sea by R.M.Lockley.
Posted by Lucille at 4:26 pm