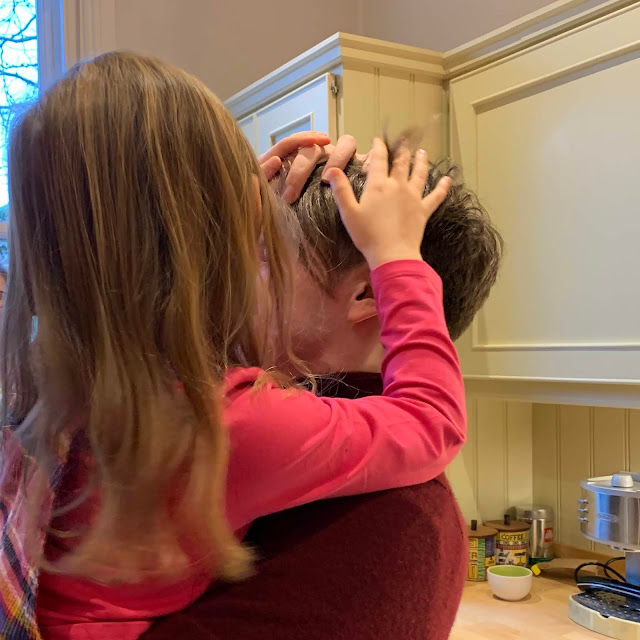 I left you just before Christmas Day.
It was eventful.
The little one turned out to have Norovirus
and so in turn did we all. 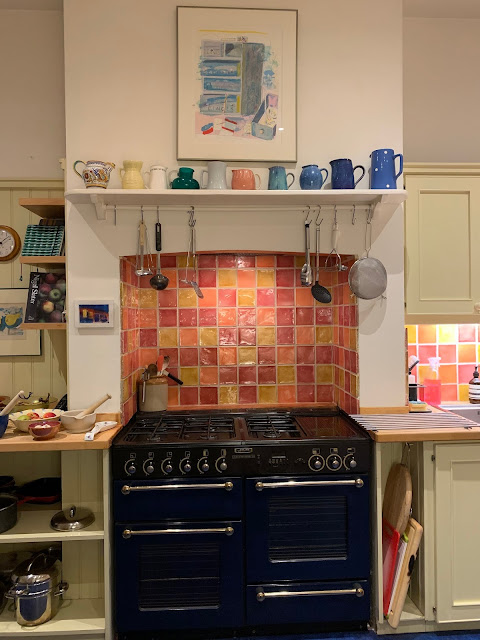 The oven blew up with Christmas dinner
not quite fully cooked,
but as luck would have it,
none of us had much of an appetite. 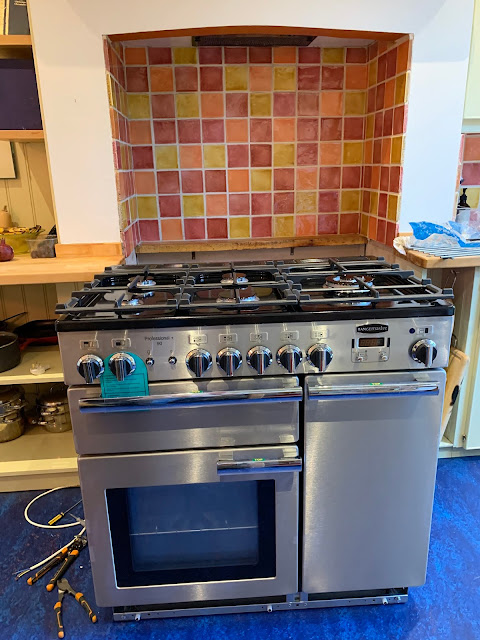 It took a while to get a satisfactory new stove installed.
This was the third one.
It met all the buildings regs requirements which the others hadn't.
Meanwhile,(not pictured) a Belfast sink fell off the wall,
and that took a few weeks to replace. 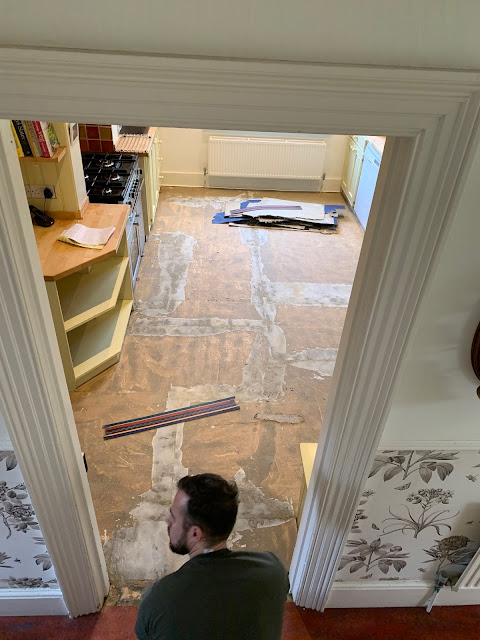 And while they were pulling out the old stove,
the lino got ripped up. 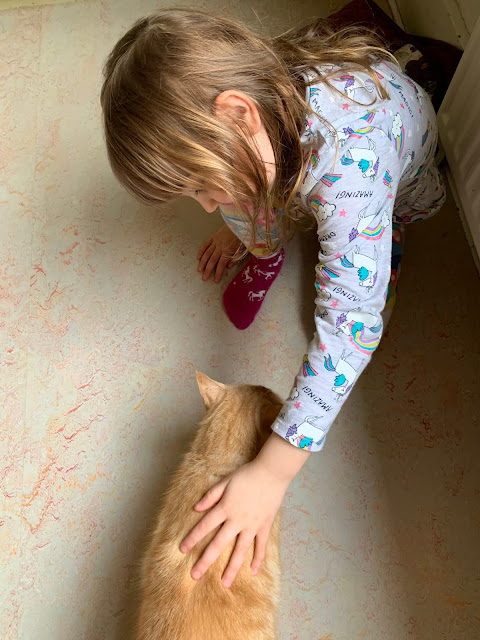 So here is the new lino modelled by grand daughter and Tall Cat. 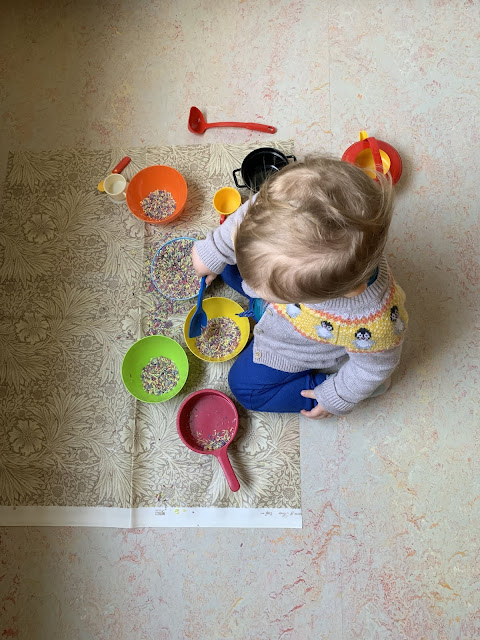 And here it is modelled by grandson,
because early in the New Year they came to live with us 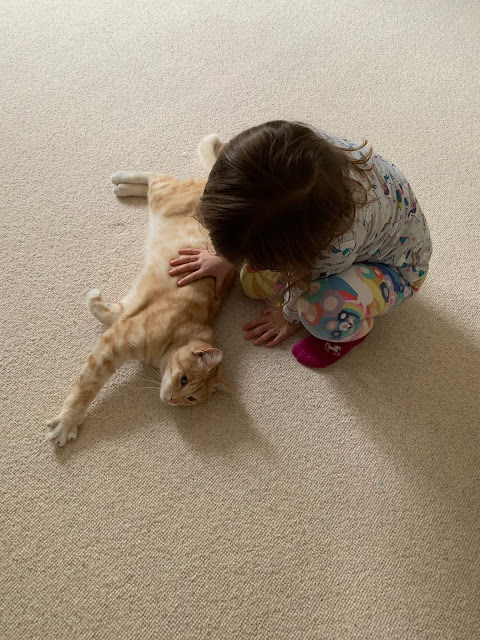 because their new house wasn't ready for them. 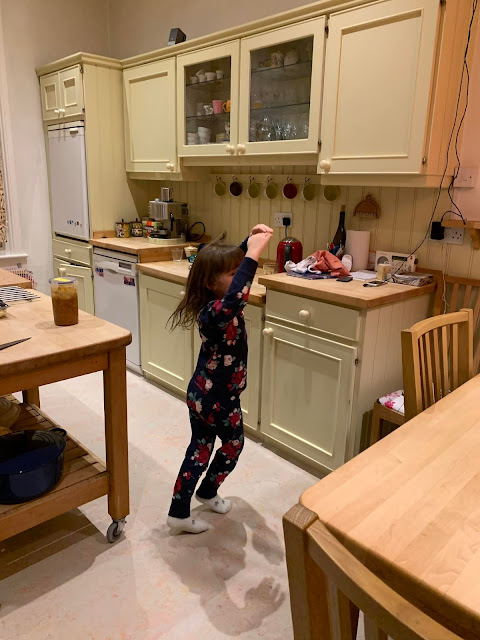 And for five weeks we had a jolly full family house. 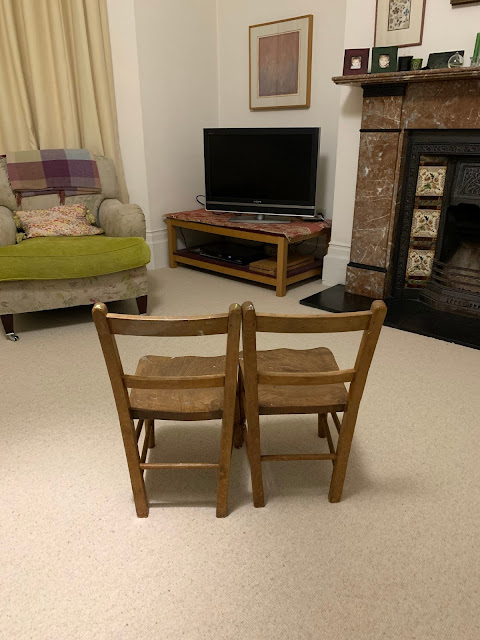 And then they moved out
and it was very quiet. 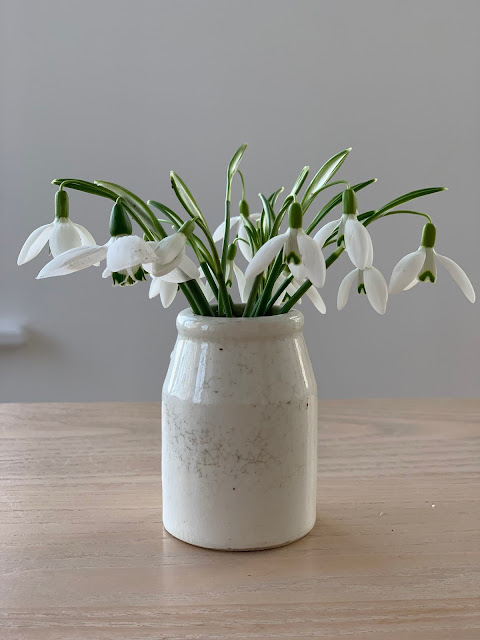 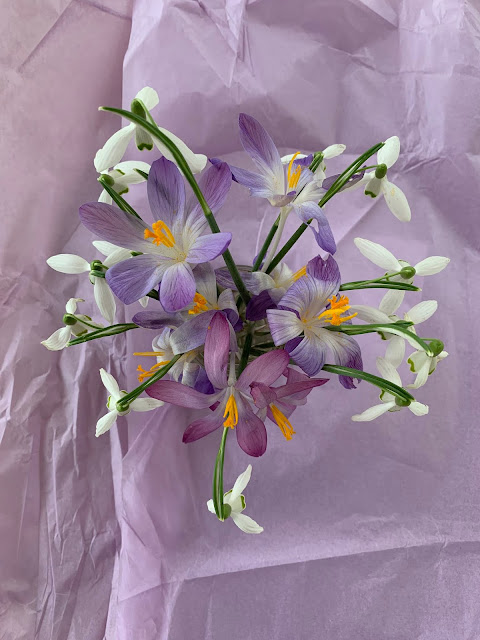 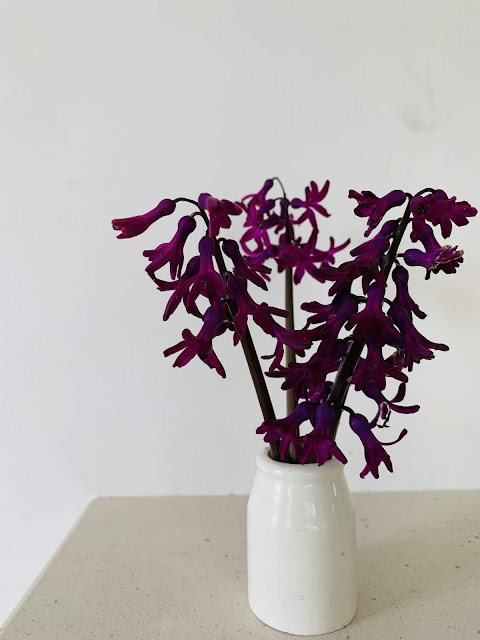 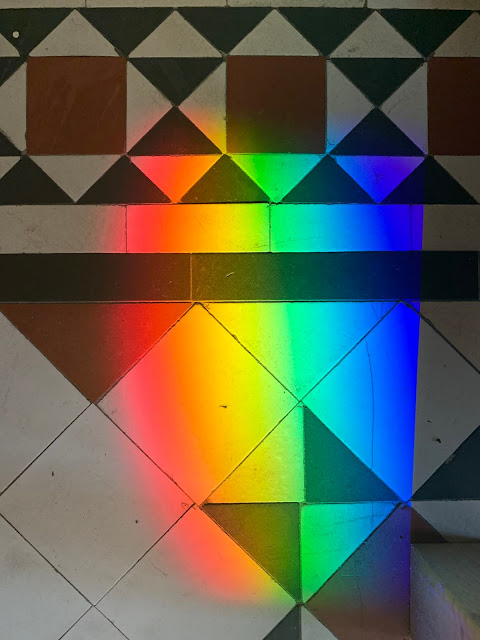 and rainbows, as I have for the last eleven years. 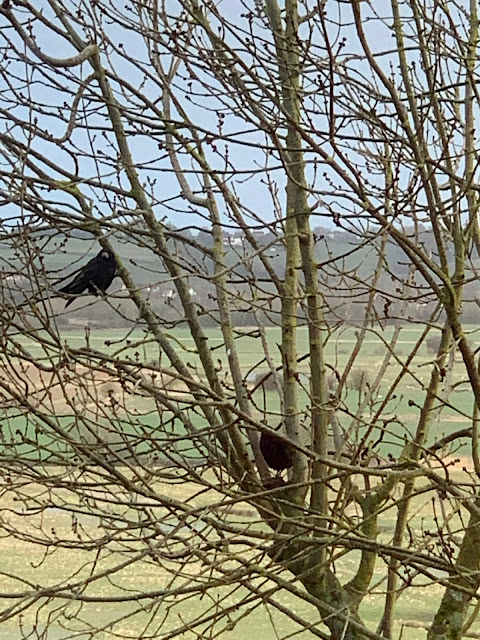 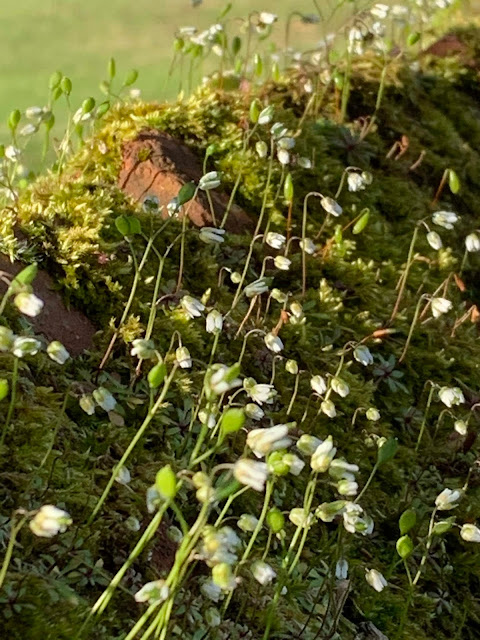 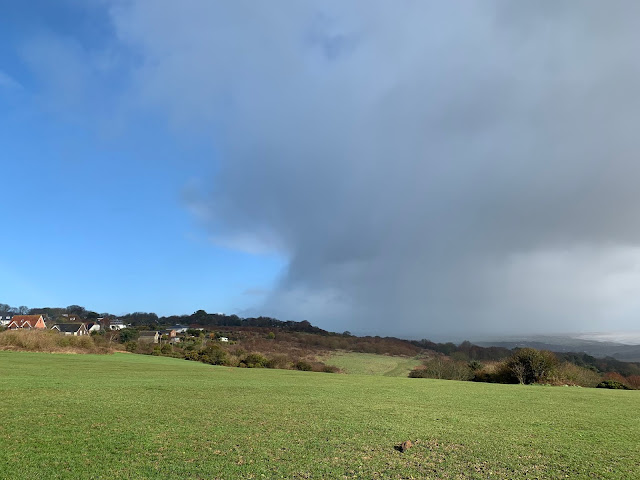 But in the distance, clouds gathered.
A cruise ship. Somewhere near Japan. An illness. 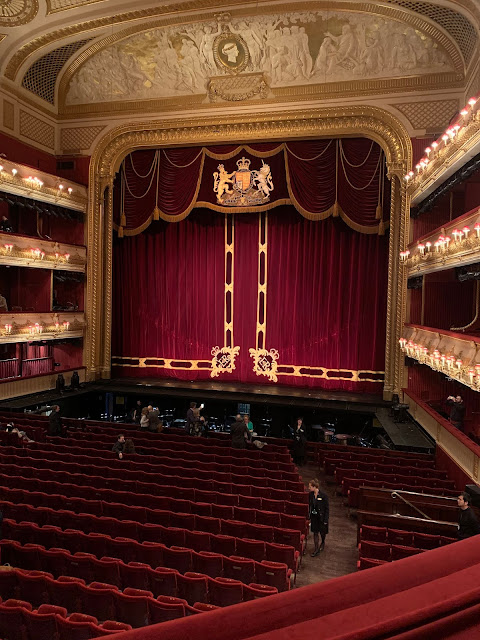 With only a vague sense of unease,
I went with a friend to the ballet.
She was keen, despite having a serious health difficulty of her own.
It was a big thing to achieve and it was a wonderful afternoon.
I saw a tourist with a mask at the end of our row. 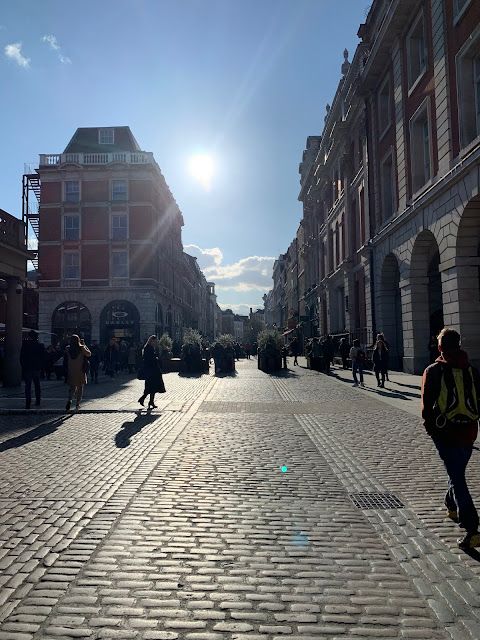 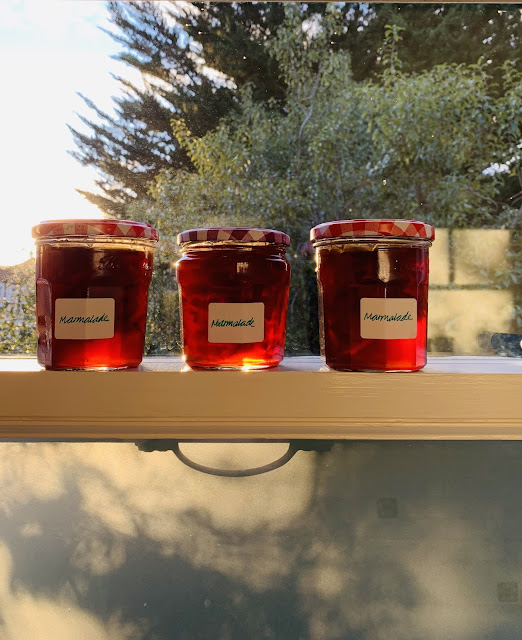 I made some more marmalade. 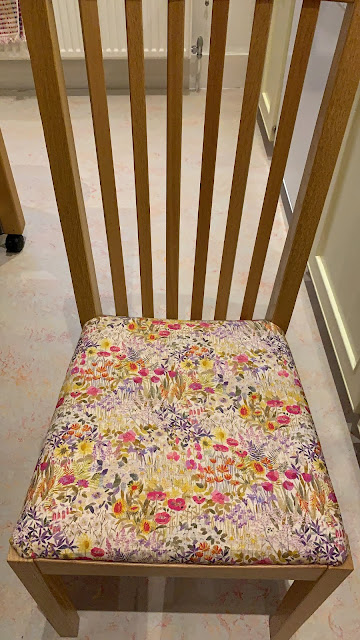 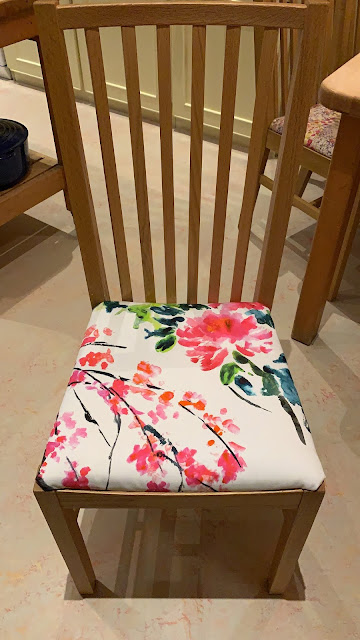 I covered some chairs. 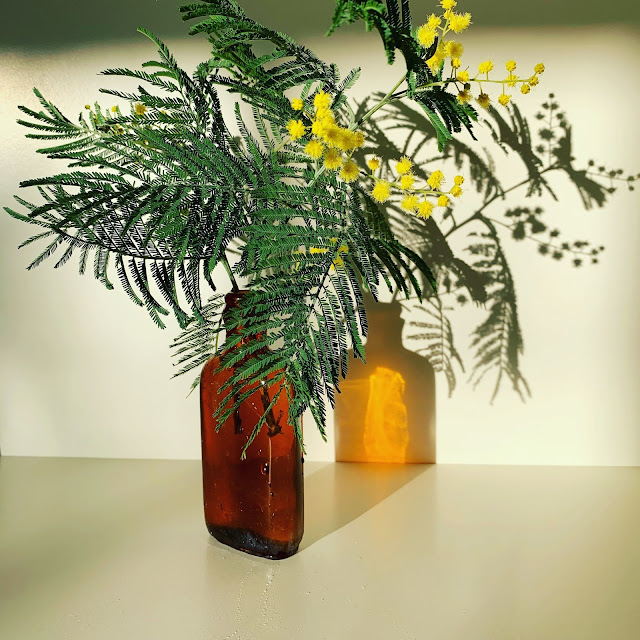 I was happy to see mimosa flowering everywhere.
And now ..
well I wanted to upload some pictures of the tulips that are flowering
just as I hoped they would when I planned them last autumn.
I might have shown you the view of the blue sky
un scribed by con trails,
next door's magnolia,
but my computer refuses to upload from my camera.
It has gone into lockdown.
And so I will leave it here for now.
Suspended as we all are,
until released and fully operational again.