The past, present - in the park 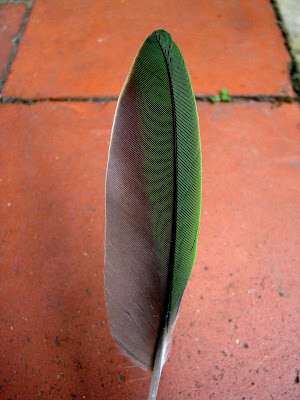 In most species of northern ducks the plumage of the males
is much brighter and more varied in colour than that of the females,
who need to be dull and inconspicuous when incubating eggs...
and most northern species retire to moult
when the incubation of the eggs begins.
This moult brings the drake into 'eclipse' plumage
which closely resembles that of the female.
He, however, remains in this state only for a short time
and by winter has regained his handsome appearance.

This feather is probably from the little patch of coloured feathers in the wing which is called the 'speculum' - a distinctive feature amongst almost all ducks. 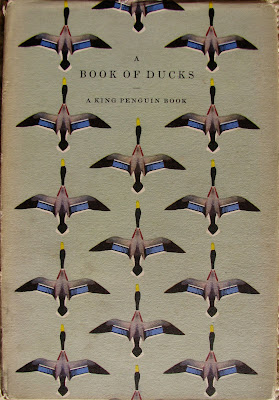 from the King Penguin
Book of Ducks
by Phyllis Barclay.