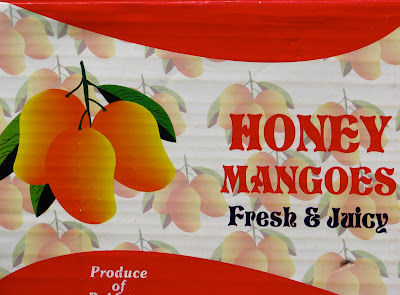 From now until the end of June,
the Alphonso mangoes are around.
Smooth-skinned, custard yellow and heavily fragrant,
they are about as sweet and juicy a fruit as you could ask for.
You can pick them up by the box
for a bargain price at Indian or Middle Eastern grocers'.
I sometimes think they are the finest fruit on earth.
They come, six or eight to a box,
each highly prized fruit bedecked with
a single strand of tinsel and swaddled in
yellow or magenta tissue paper.
Opening a box of Alphonso mangoes is like peeping in on a carnival.

So says Nigel Slater in The Kitchen Diaries
and every year we watch for their arrival in an
unassuming shop nearby.
So far only honey mangoes have been sighted,
but they are pretty good too. 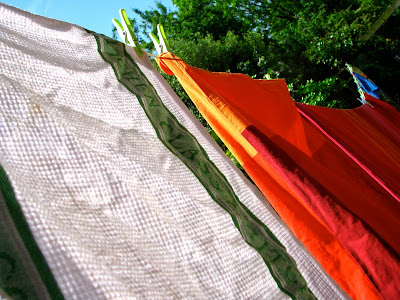 A tea towel round your neck
is an advisable precaution
if tackling them au naturel.
You have to be sure to get every last morsel
off the large flat stone.

Somebody, and I wish I could remember who,
described how she had nibbled away until the stone was
completely white and covered with rough hairs.
She kept it as a pet, wrapped in a handkerchief.
It could have been Rumer Godden.
Her sister Rose had a tiny pink potato with matchstick legs;
which she called Nebuchadnezzar and kept until it went mouldy. 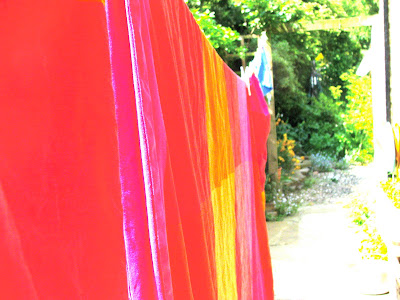 A tidier and refreshing alternative
is mango lassi. 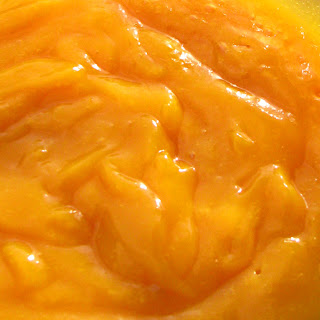 
Sometimes we make a non-dairy version with apple juice
and a squeeze of lime.