With apologies to Miss Potter 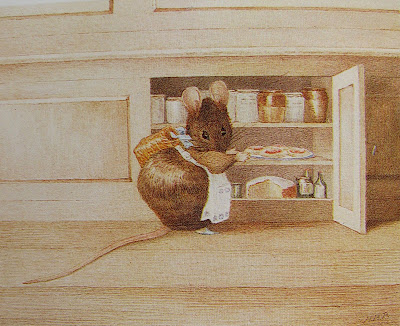 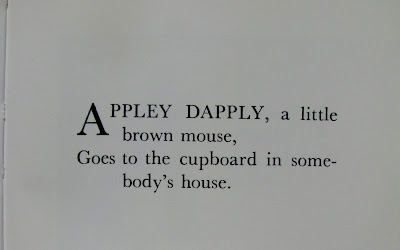 Ours. Rather too often. 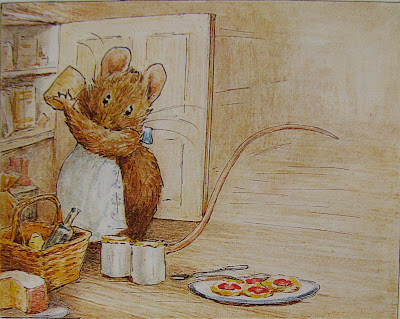 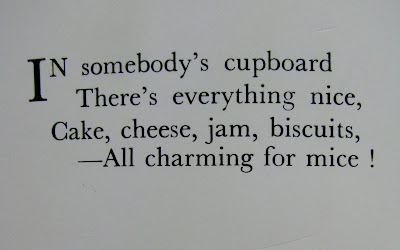 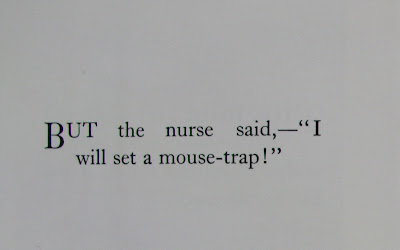 And so did I. But here is what happened.
Night after night the not-killing-trap was set,
just as I told you yesterday,
and each morning, the trap was closed -
but empty! Imagine my consternation.
It was all most perplexing.
So we set the trap in a new and tempting place
with all manner of appetising morsels,
so convenient for a visiting mouse.
But the mice were too clever for us.
They had a plan. 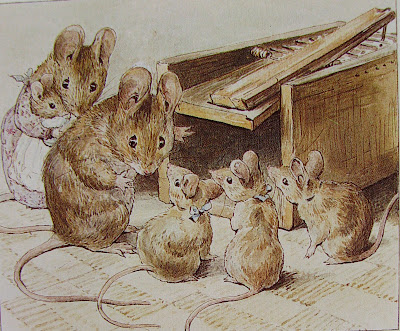 And this is what it was.
They did creep into the trap
when everyone had gone to bed.
They ate up all the delicacies
and sure enough the trap shut.
But all they had to do was settle down for the night
with their full tummies
and wait 'til morning.
Then this was the very clever bit of the plan.
When they heard the noise of talking
they had to sit very tight at the other end of the trap
and when it was opened
stay as quiet as a mouse
EVEN IF THE TRAP WAS SHAKEN AND TAPPED
quite hard on the ground.
And then they could tiptoe out later
when the trap was set open again
with some delicious new food. 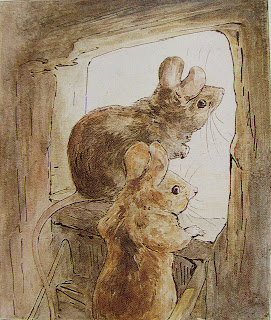 And the plan was nearly perfect,
except that today,
the owner of the trap took it a long way away
in her friend's car.
And then she tapped much harder than usual
because she was sure she had heard some scuffling and scratching
and the little mouse fell out.
I'm sorry to say somebody screamed when this happened.
Even then, the little mouse
stayed very still just as she had been told,
and might have been believed to be dead
if she had waited just a little bit longer... 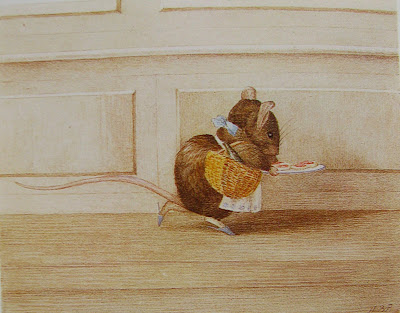 I don't know who jumped the highest,
the little mouse,
or,
well you can probably guess who.
...

With thanks to Beatrix Potter who illustrated mice so beautifully
in Appley Dapply's Nursery Rhymes
and The Tale of Two Bad Mice.