As a child born and bred in the suburbs
you could learn about farming as I did
with Mr and Mrs Smiles, Joy and Bob,
who lived on Blackberry Farm
with talking animals like
Henry the pig 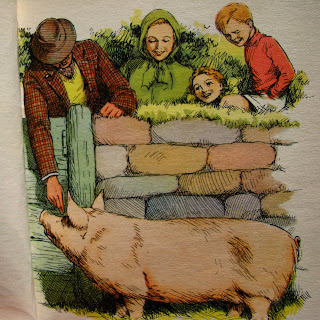 and his sister Henrietta 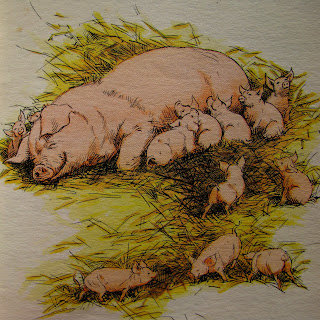 Or you could study a tiny but
surprisingly technical book called,
Farm Animals from the Truth in a Tale series (1958),
which followed Nigel Andrews 'a cheerful little chap'
who lived in a new housing estate just outside Ruislip,
on a trip to the Nethermill Farm in Somerset,
on doctor's orders after a tonsillectomy.
From the moment he is met at the station by Major Mason
in the Landrover,
('the engine drives all four wheels instead of only two') 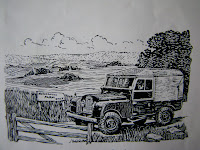 no opportunity is missed to educate.
Corgis, we learn were originally bred as cattle dogs, 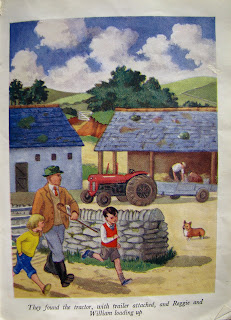 horses don't like draughts,
Suffolk Punches are 'good in the collar',
fences are creosoted,
cow, hen, sheep and pig breeds are compared,
and there is no flinching from foot rot and fly strike. 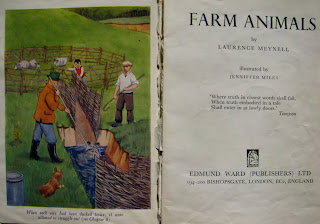 Not surprisingly I preferred the talking animals.
These were pretty cute though. 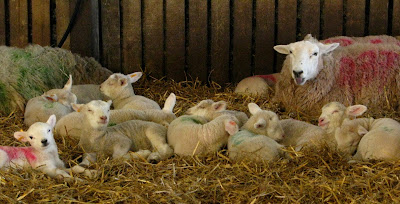 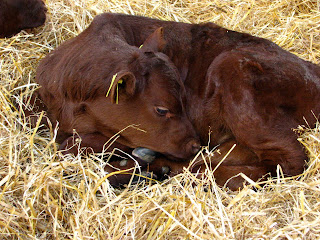 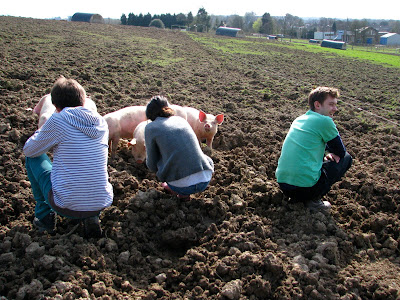