Blinded by the light 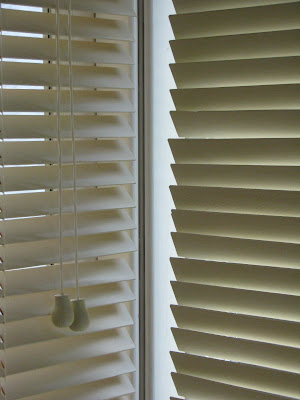 What did I do today?
I fitted five Venetian blinds
to try to resolve a long standing difficulty over the
lighting in a room that is either too hot or too cold,
too bright or too dark with conventional curtains.
I'd like to think of it as a cooly minimal and rather modern solution
with a touch of New England about it,
but I am haunted by the memory of my childhood
kitchen Venetian blinds
which were unwieldy and a nightmare to clean. 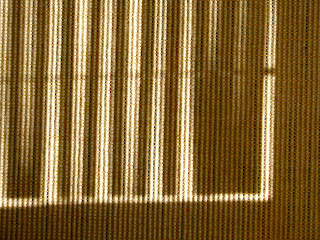