The First Day of Spring with Mrs Miniver and me

It was a Wedgwood day,
with white clouds delicately modelled in relief
against a sky of pale pure blue.
The best of England, thought Mrs Miniver,
as opposed to countries with reasonable climates,
is that it is not only once a year that you can say,
"This is the first day of spring." 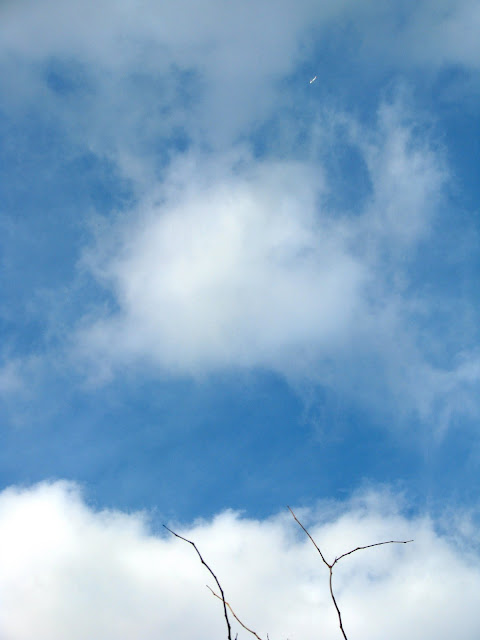 She had already said it twice since Christmas - once in January,
when they had driven across the Marsh to the sea
and it had been warm enough to lie on the sand without a coat;

(We cycled out to some marshland near us early this morning.) 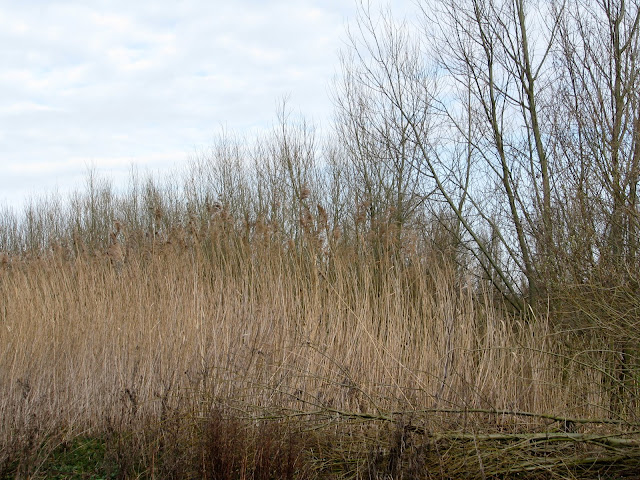 and once in February when she had taken the children
for a lunch picnic in Kensington Gardens.
The grass had been scattered with twigs from the previous night's gale
and by the next afternoon it was snowing:
but while it lasted that day had been part of the authentic currency of spring -
a stray coin tossed down carelessly on account. 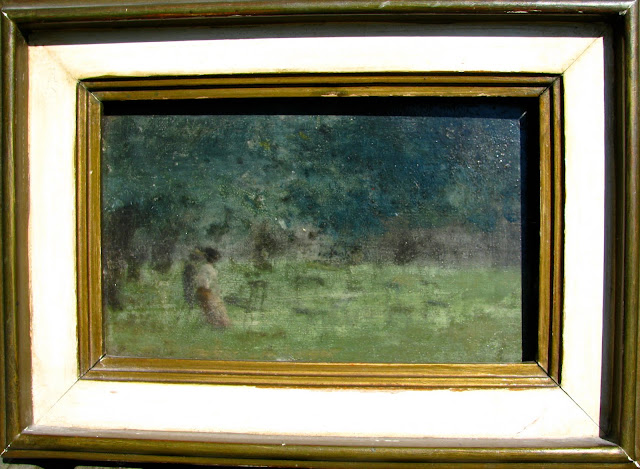 A small and very damaged painting by Paul Maitland
called Kensington Gardens- a secluded spot.
A stray coin tossed down at my feet
when I had to clear an aunt's cottage after she died.
It was impossible to see any detail
but a picture restorer took pity on it
and cleaned it just enough so that we could discern
this Edwardian lady perched on a shooting stick.
Posted by Lucille at 4:12 pm