It has been all action in my stretch of the street. 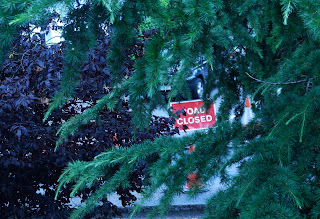 This would have been Paradise Row for my small sons,
who loved books about Diggers. 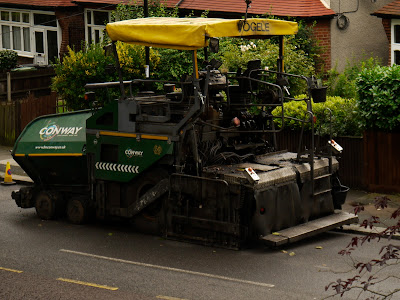 And actually I found it pretty fascinating too. 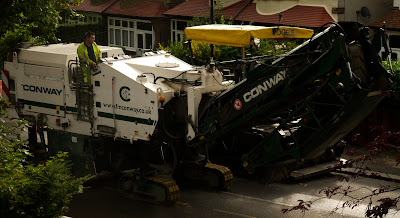 The machinery is ingenious. 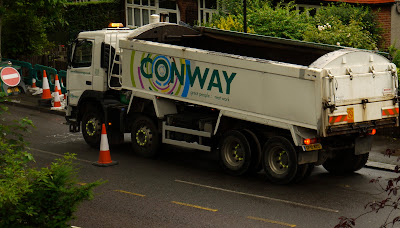 A parade of the weirdest

but most specifically engineered hardware 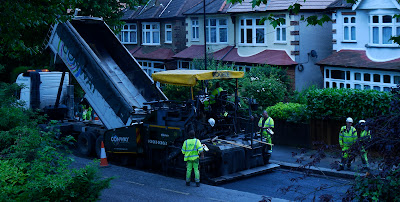 has been sashaying and pirouetting,

past my window for two days now. 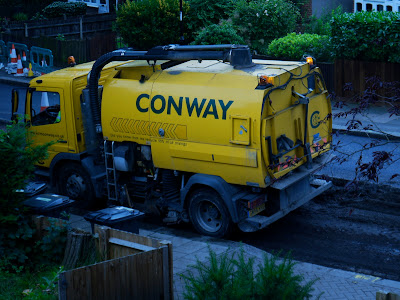 It was all beautifully choreographed. 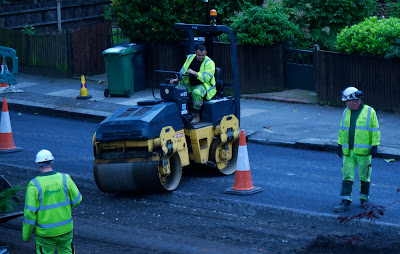 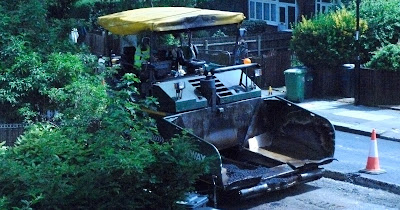 Not a bollard was displaced. 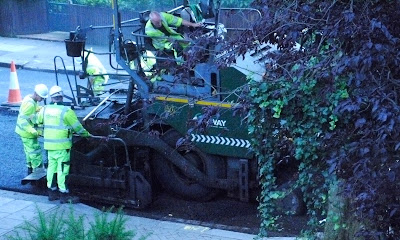 And then as if there weren't enough men in hi vis jackets
in the vicinity, 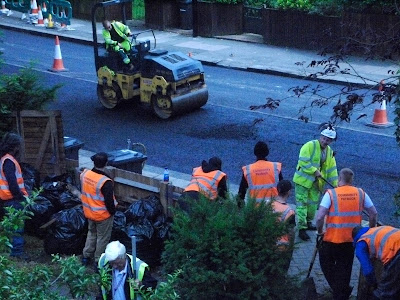 the orange crew arrived to work on the sad house next door.
I say work, but really this was far too diverting
and only their white haired supervisor-
a dead ringer for Leslie Nielsen-
kept his mind on the job. 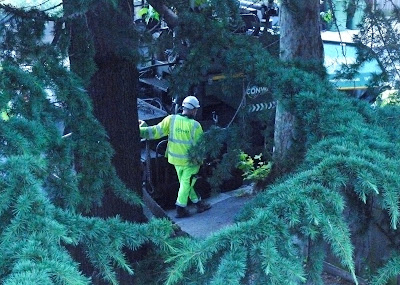 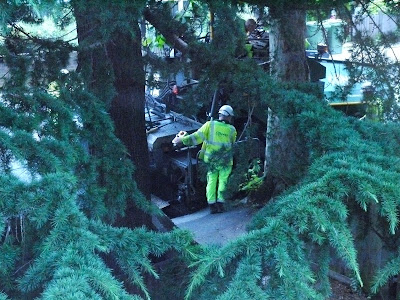 Finally the largest beast was tenderly led away,
and put in its paddock to rest up for the night
and I was able to get my car out.
Posted by Lucille at 8:26 pm