In one of those lovely moments of synchronicity
I had half-planned a post for today
based on this passage from
Over the Hills and Far Away, an English Odyssey
by Candida Lycett Green which I am reading again.

Her parents, John Betjeman and Penelope Chetwode
were great friends of the artist
John Piper and his wife Myfanwy.

My father had met John in 1937 when they
began to collaborate on the Shell Guides
and Myfanwy and my mum hit it  off instantly.
The Pipers were my paragons and their simple,
solid, flint-and-brick farmhouse
near Henley-on-Thames, my ideal.
I always wanted to live like them, but never got near it.
They had the artist's clarity of vision and there was a calm,
spare, almost Shaker-like quality about their style.
The washed-out sycamore table in the living/eating room
always had a jug of garden flowers on it
(we never had flowers in our house except when
my brother and I arranged them) and
white china candlesticks; an upright piano
stood on one side of the room and
a grand piano on the other.
John and his son Edward played duets after lunch -
'Chattanooga Choo Choo' or music-hall songs
like 'Joshua, Joshua', which we all sang along to.
Through the doorway to the kitchen you could see
the dresser full of bowls and brightly coloured mugs
bought on successive trips to France.

The apple-pie order of the Piper's domestic life
dovetailed with their diligent work routine -
John in his studio painting, 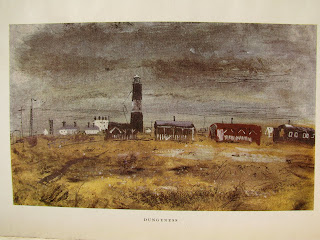 as well as designing stage sets, stained glass
and pottery; Myfanwy writing librettos for
Benjamin Britten at her desk.
Lunch and supper were prepared with ritualistic care
by Myfanwy, using the best fresh ingredients
and vegetables from the garden.
Everything they did they did well and elegantly -
John staging spectacular firework displays,
Myfanwy wearing Issey Miyake clothes. 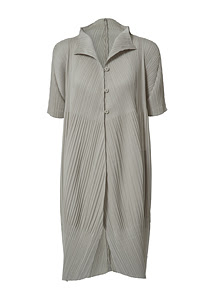 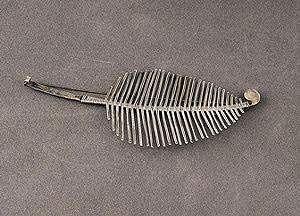 And there was the moment.
I didn't know his work so I looked him up.
Sandy Calder is Alexander Calder (best known for his mobiles)
and today Google featured him because it is his 113th birthday.
See here for more of his jewellery.

Their economy of style had nothing to do with virtuous piety;
only a simple editing out of the unnecessary...
I think John and Myfanwy were better at the 'business' of life
than anyone else I have ever known.