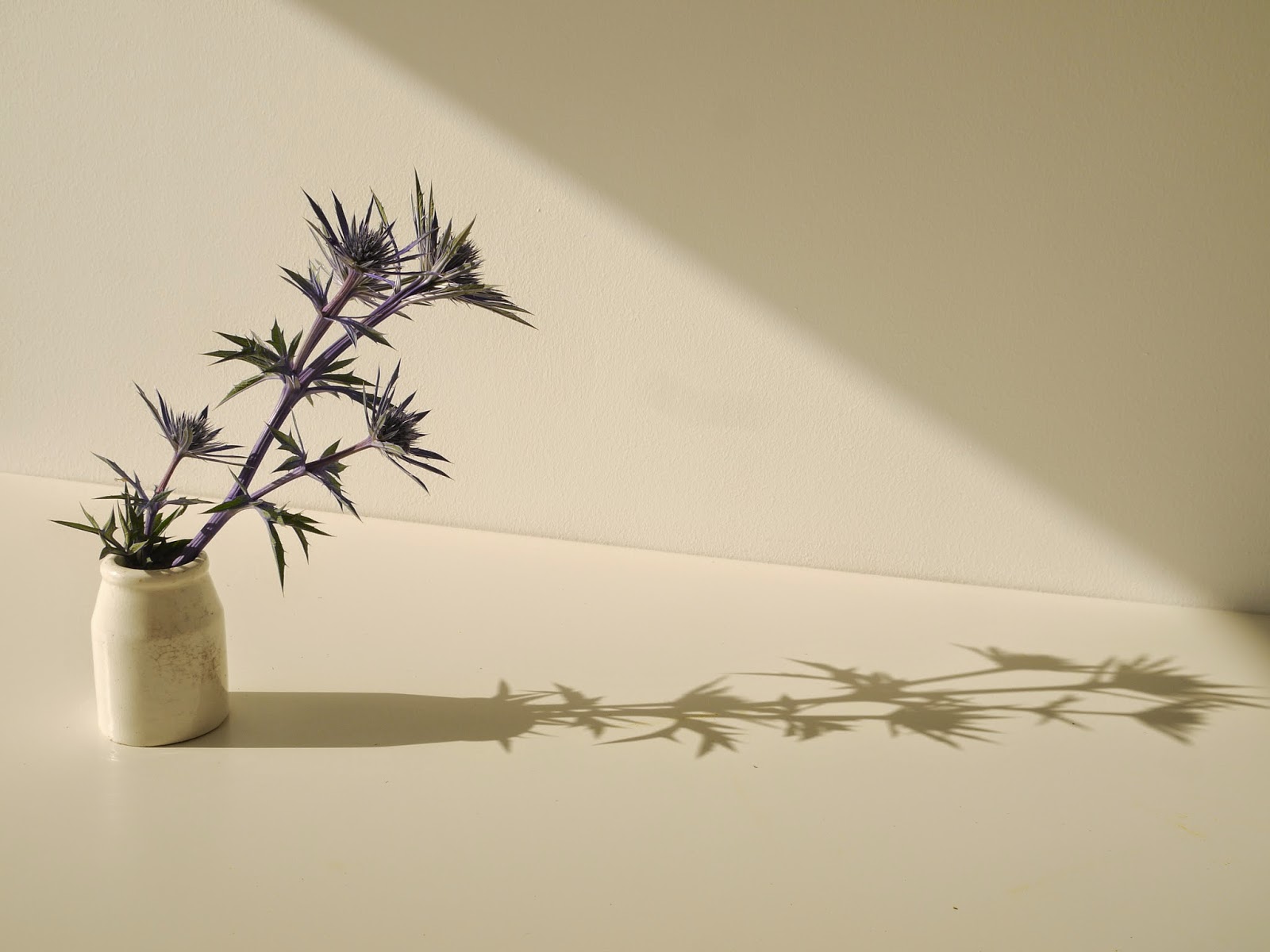 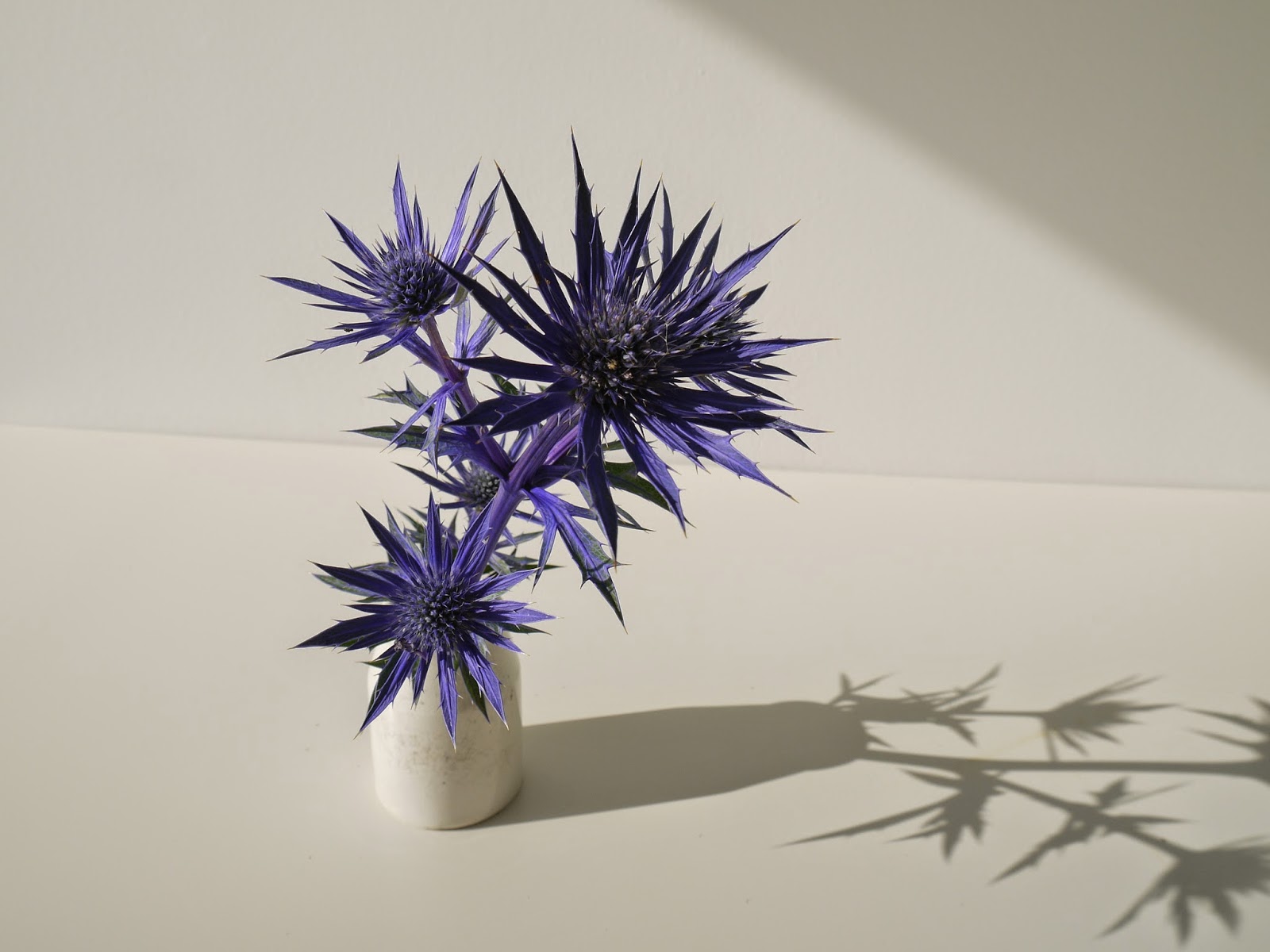 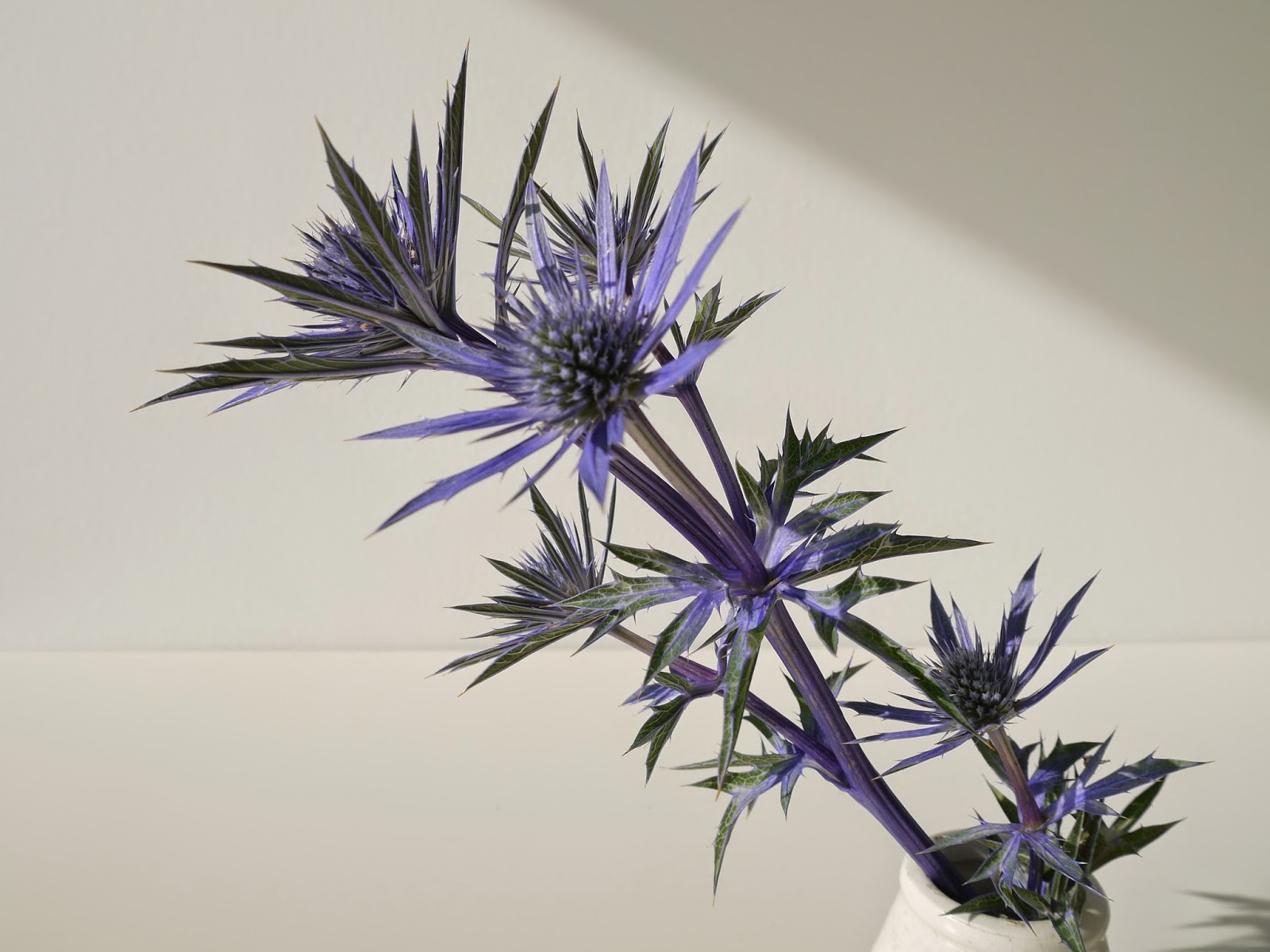 This metallic blue plant
was ripped out of the ground by an unholy storm last Friday night.
Cauliflower clouds built and swirled and involuted
as if on a sped up film just a little way off and so low
they seemed scarcely higher than the fence.
I called to people to come inside.
Then from nowhere; from  a standing start;
a hot wind rushed across the garden from the south.
The trees twisted and convulsed, flowers were trampelled
as if by invisible hooves.
There was no rain, some sheet lightning,
but the wind was the main event.
It was like being in the path of a monstrous steam engine.
It roared and churned and battered the earth.
Then it passed and all was quiet again.
I have never seen anything like it.
The thunderstorm that followed in the night
was a non-event by comparison.