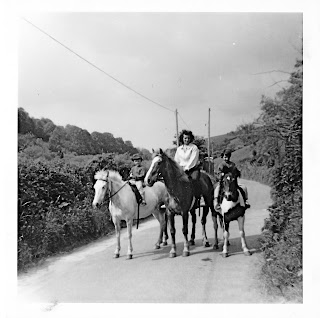 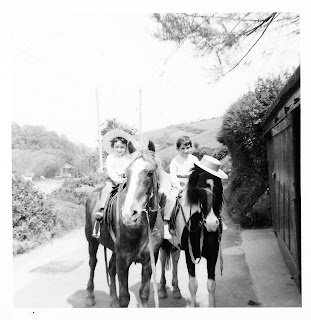 Edited to add these photographs from the actual holiday.
Note the casual approach to riding safety for comedy effect.
My five year old sister is on the bigger horse!
I have obviously just had one of Joyce Wilkinson's
more drastic haircuts.

My sister however was obsessed
and I still have some of her pony drawings, 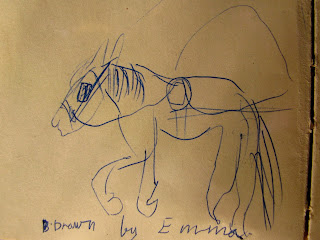 this one very naughtily drawn in
Flower Fairies of the Autumn.

We had an assortment of toy horses, 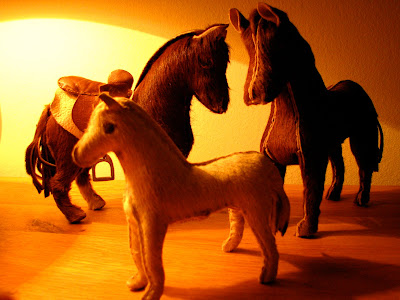 these are the Edith Reynolds hand made (rubber filled) variety.
Distressingly, they boast on the label that they are 'real skin horses'.
Not, as it turns out, horse skin,
(I've just looked them up and this blog
seems to know everything there is to know about model ponies)
but just as sadly, calf skin.
Grandpa made a splendid stable for them
and the one permanently jumping Palomino Julip pony,
previously blogged about here.

My favourite horses were the hobby horses we made
from bamboo canes and stuffed socks, with wool for manes
and button eyes.
They were called Bracken and Briar.
But the real reason for these meanderings
is 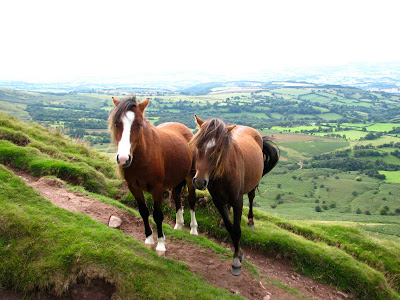 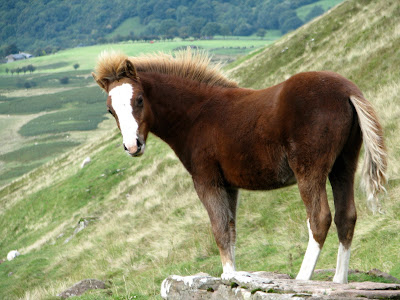 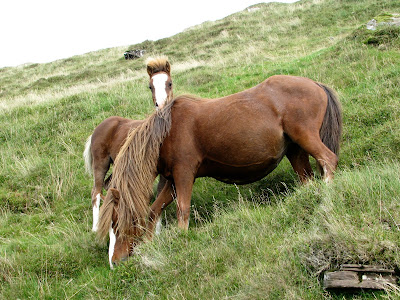 with these Welsh mountain ponies. 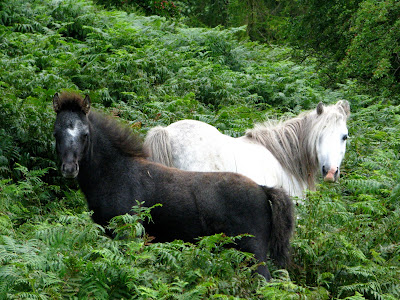 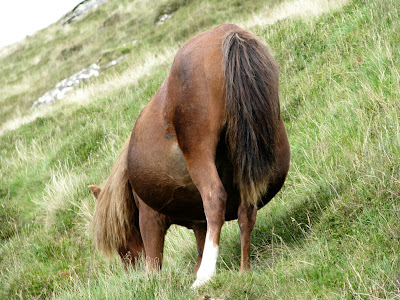 We could see her foal shifting and kicking.


There was pony trekking to be had in the neighbourhood
and this time it was me begging to go.