They're changing guard at Sveriges Kungahus* 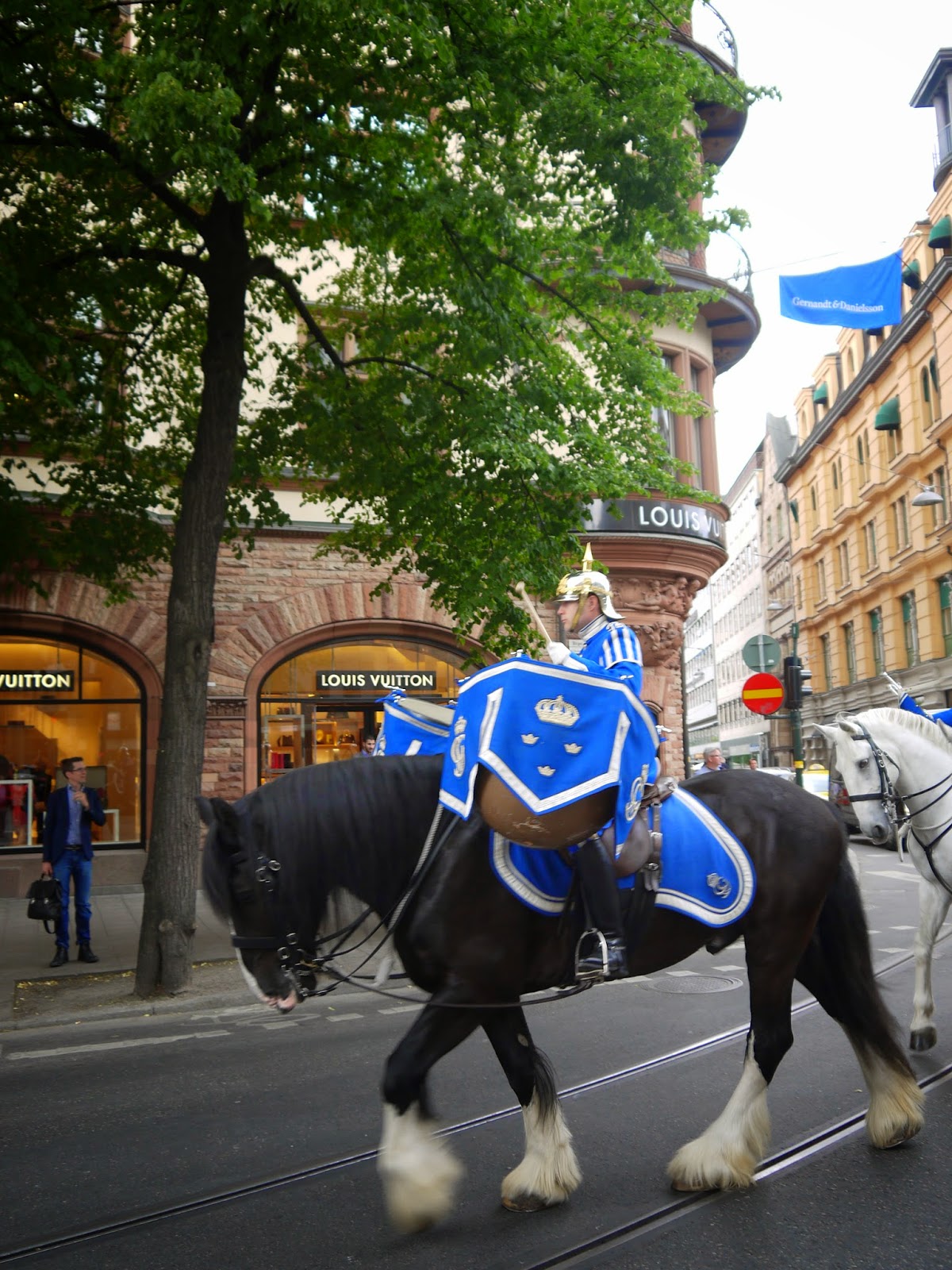 but the Swedish Royal Life Guards, 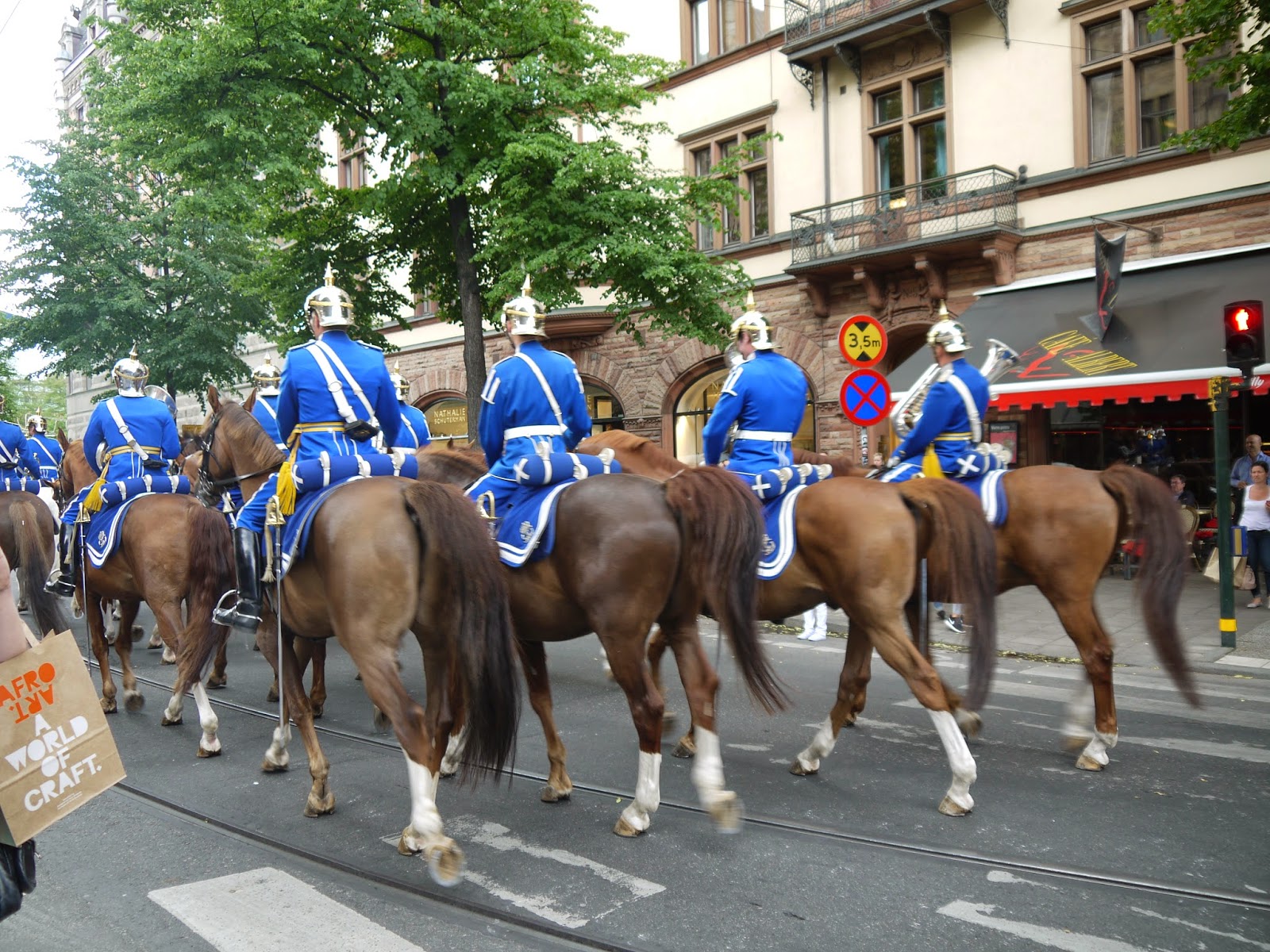 a combined cavalry/infantry regiment of the Swedish Army 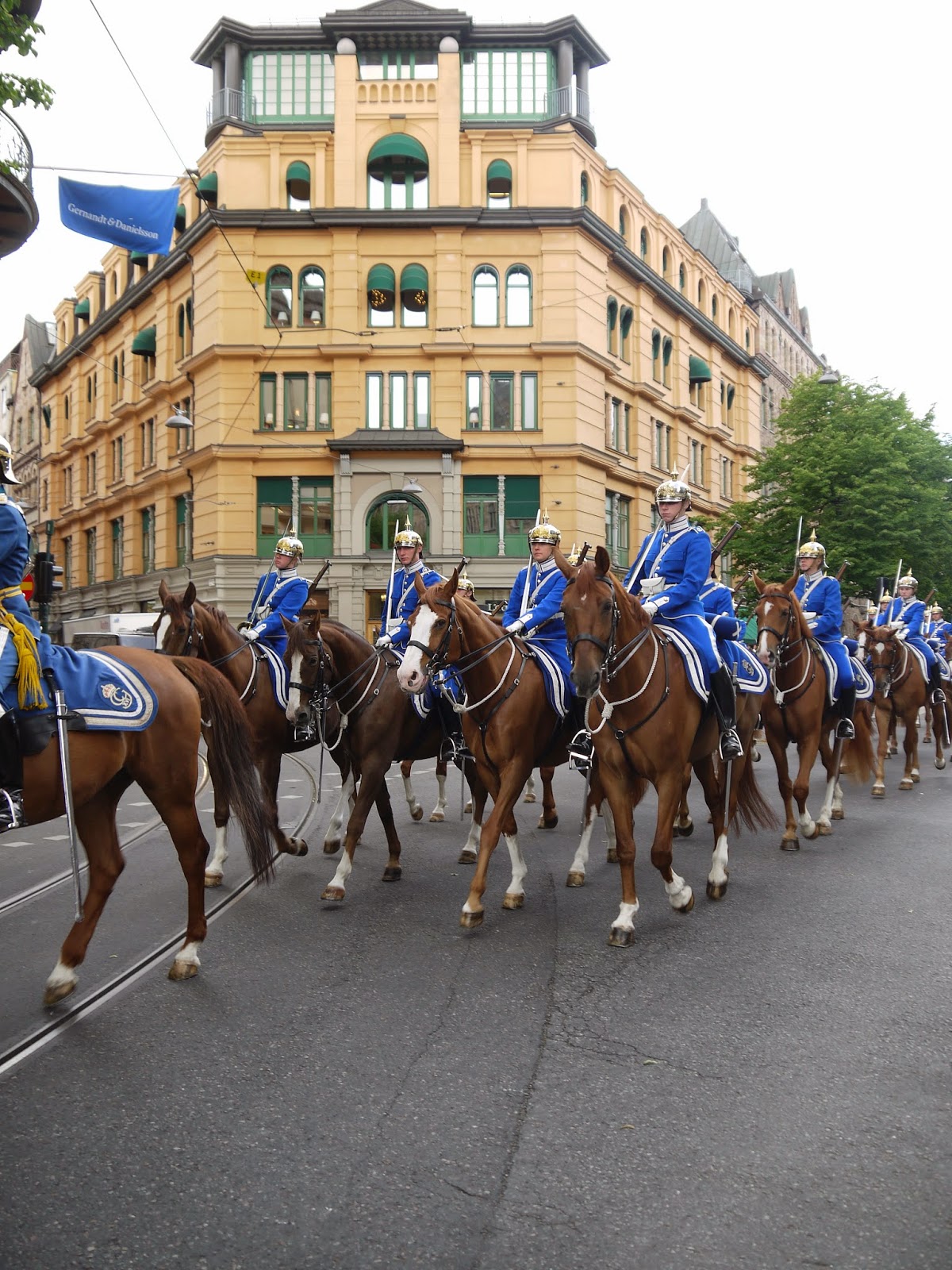 accompanied by the mounted band. 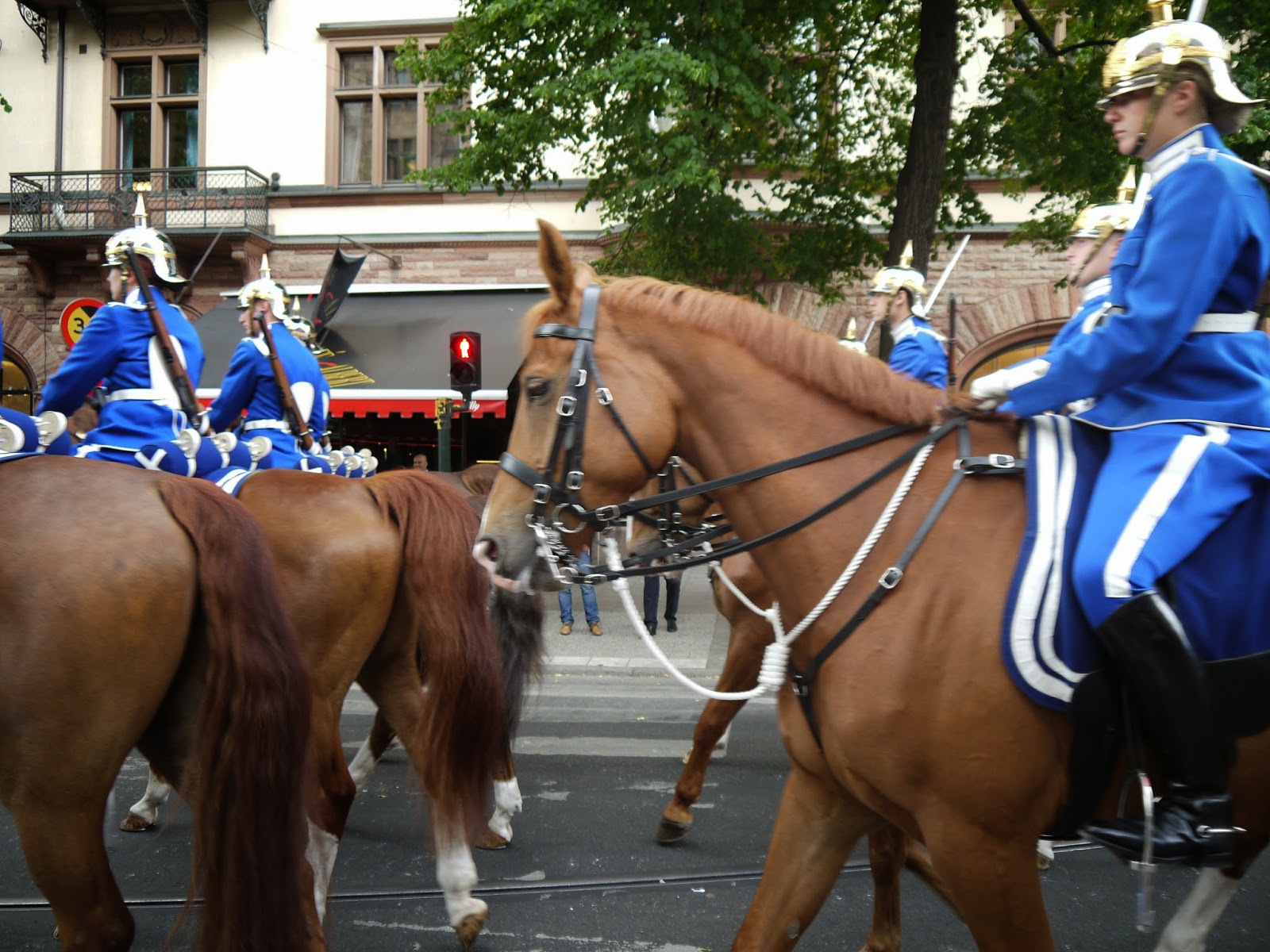 They were on their way to the palace for the
changing of the guards ceremony.
They have been protecting the Royal Palace in Stockholm since 1523.
Apparently 800,000+ spectators visit the outer palace courtyard
each year to witness these ceremonies.

I was in a crowd of three.

Here's how they sounded.

*'They're Changing Guard at Buckingham Palace'
was an oft played record in my early years.