One of my favourite old travel guides is
Hills of the South by S.P.B.Mais,
chiefly because of the paintings by Audrey Weber.
She worked as an illustrator for the Southern Railway Company,
but I can find very little about her life.*
The Natural History Museum say she was associated with their
Palaeontology department and illustrated several of their publications. 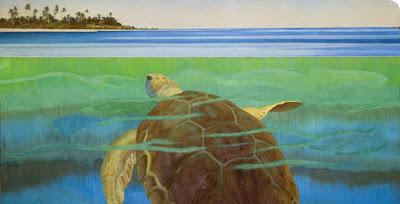 This marine turtle painting in oil painted in 1955
is the only one I can find.


A site called Unsung Heroines
provides this rather charming picture,
thought to depict her working in her studio,
dated to around 1927.
The address is 37 Queen's Gate which would have been very
conveniently situated for the Kensington Museums. 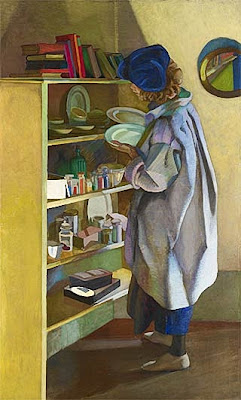 She appears to be selecting paints and
is dressed for work in an artist's smock. 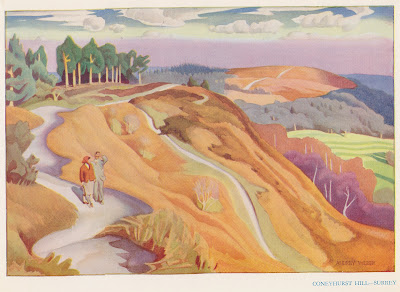 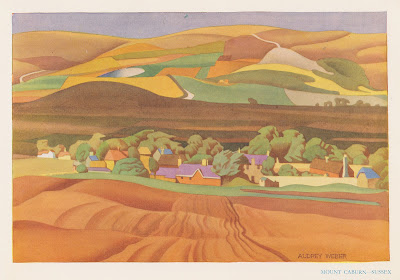 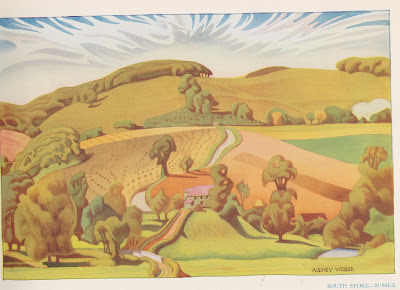 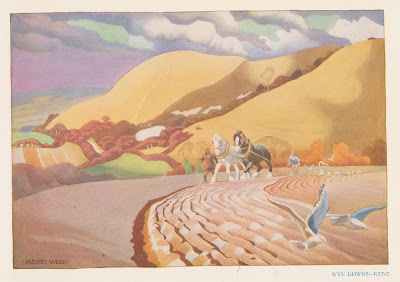 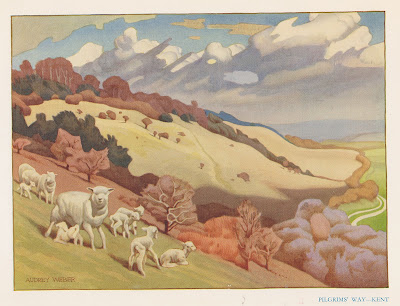 I think she deserves a wider audience.
I could see her using the Brushes app
on her ipad, to good effect.
My attempts so far only bear out the findings
in this post.

*Edited to add this very helpful comment from reader Jan:

I never could resist a challenge, but you're right - she's elusive! I've tried my family history sources, and they confirm Audrey Muriel Weber was living at 37 Queens Gate in 1924. In May 1928 she had just returned from Gibraltar to London on the Rawalpindi; she was living at the same address and her profession was "artist". Later she moved to 76 Fulham Road, SW3, and from 1938-1978 she was at 44 Shrewsbury House, Cheyne Walk. There was an obituary in the Times in February 1982 when she died, aged 90, but I haven't tracked down the full text yet. I believe she was born 29 Oct 1891 at Hendon, and died 2 Feb 1982 in Salisbury.