A Little Princess by Frances Hodgson Burnett and Flora McFlimsey
by Mariana were two of my favourite childhood stories,
but it was only today that I realised what they had in common.

They had both known happy times, had fallen from favour and then,
when it seemed they could not be more forlorn and forgotten,
they were wonderfully rescued by Magic.

And each time, there was a trunk.

Sarah Crewe's trunk was filled with 'velvet dresses trimmed with costly
(sable and ermine) furs, and (Valenciennes trimmed) lace dresses,
and embroidered ones, and hats with great, soft ostrich feathers,
and ermine coats and muffs, and boxes of tiny gloves
and handkerchiefs and silk stockings'
and of course, Emily.

'She was a large doll, but not too large to carry about easily;
she had naturally curling golden-brown hair,
which hung like a mantle about her,
and her eyes were a deep, clear grey blue, with soft, thick eyelashes
which were real eyelashes and not mere painted lines.'

Emily was dressed in clothes 'every bit as grand as Sarah's own.'

She could have been Flora McFlimsey who,
when she was taken out of a long white box tied with satin ribbons
that first Christmas, was wearing a blue velvet dress
with a hat to match and a muff of ermine fur and a tiny gold locket and chain.
She too had a trunk containing among many other beautifully illustrated things,
a tiny lace handkerchief, a little bottle of eau de cologne,
a pair of white kid gloves, a lace parasol and an Easter bonnet.

Both trunks had pivotal roles in what would now be called their coping strategies.
Sarah was able to summon the Magic to turn her attic room into a banquetting hall
using just the remnants of her old life, some lace handkerchiefs,
tissue paper and an old summer hat.

Flora Mc Flimsey remembers her glory days when her new owner takes,
'an odd little hat with two stiff feathers,
some flowers and a bit of ribbon on it'
out of her trunk.
She too is transported by Magic to an earlier life. 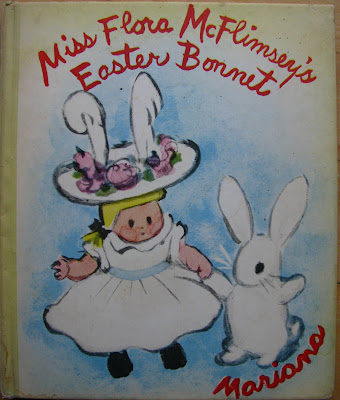 What's in your trunk? 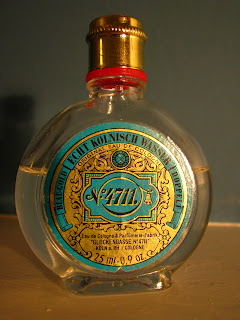