I watched with only idle curiosity from my usual eyrie,
smoke drifting from a chimney across the road.
It crossed my mind that a mild spring morning was a funny time to light a fire.
It wasn't funny at all.
It was a fire, but in all the wrong places. 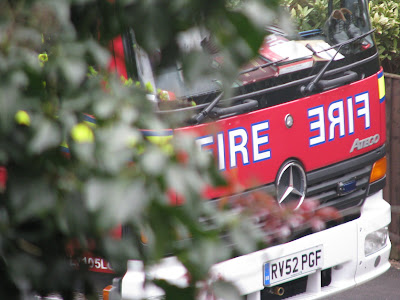 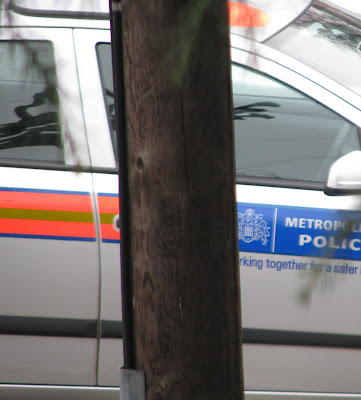 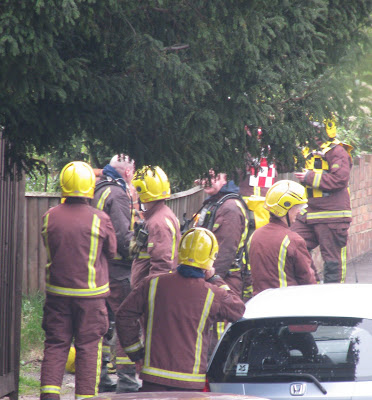 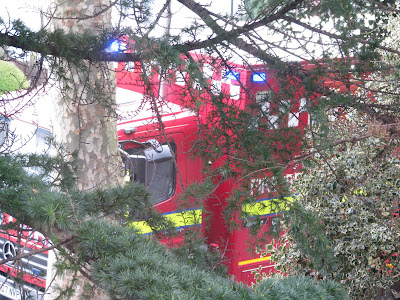 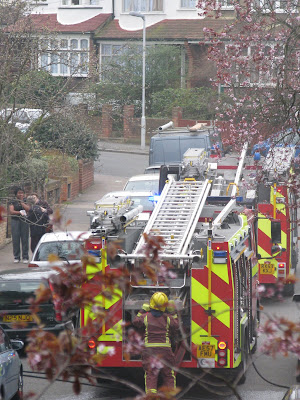 Before I could say 999,
six fire engines and a police car had arrived.
I had only moments earlier moved my car off our driveway and over the road,
where it was now being used as a handy elbow rest for one of the firemen.
The response was magnificent.
No one was hurt and I think the fire was caught really quickly before it could spread.
I have sometimes lamented the seemingly incessant sound of sirens in our neighbourhood.
I might even have wondered aloud if all the hoo ha was strictly necessary or just something to do with making their presence felt to wrongdoers, malefactors and ne'er do wells.
I stand corrected.
Meanwhile our lovely builder was firing up his pneumatic drill in the shower room,
so it was not a tranquil morning.
As an antidote, I made one of these. 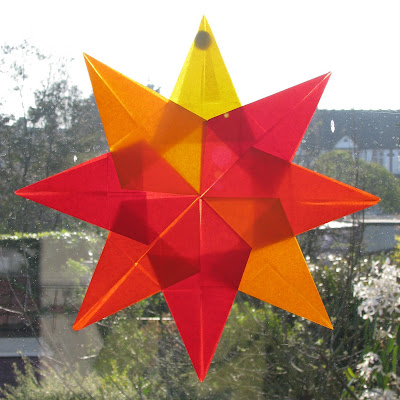