Lately I have been here: 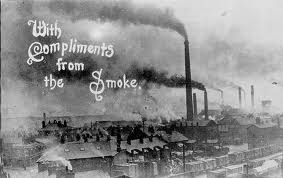 Widnes, the birthplace of the chemical industry.

In 1888 the town was described as,
'the dirtiest, ugliest and most depressing town in England.'
and in 1905, as 'a poisonous hell-town'.

'Their especial ugliness is, however, never more marked than when
spring is making beautiful every nook and corner of England,
for the spring never comes hither.
It never comes because, neither at Widnes nor St Helens,
is there any place in which it can manifest itself.
The foul gases which, belched forth night and day
from the many factories, rot the clothes, the teeth,
and, in the end, the bodies of the workers,
have killed every tree and blade of grass for miles around.*

So, not beautiful but no doubt I have found useful
many of the products that issue from there.
Much of the land previously polluted by the old dirty chemical process
has been reclaimed and old heavy chemical factories have been
closed to be replaced by more modern factories.
Nevertheless, I was never so glad to be homeward bound.
Paul Simon felt the same way.

'If you know Widnes, then you'll understand how I was desperately
trying to get back to London as soon as possible.
Homeward Bound came out of that feeling.' 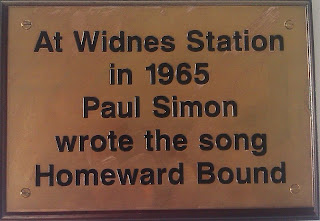 *Robert Sherard The White Slaves of England, Being True Pictures of Certain Social Conditions in the Kingdom of England in the Year 1897, p. 47