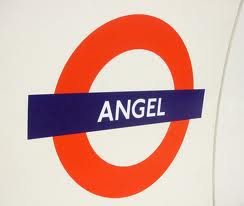 If you have to attend a judicial hearing to
appeal against an unfair parking fine,
resulting from a malfunctioning ticket machine
then this is an auspiciously named venue.
After eight months, the generation of reams of paper
and numerous frustrating phone calls,
I arrived to plead my case.
I was informed that I was to address the lawyer as Sir or Madam,
(but did not hear whether the same courtesy would extend to me).
I was further instructed that shaking hands would not be appropriate.
(This was unavoidable as due to pent up nerves,
most of me was shaking.)
In the event, my appeal was accepted without much ado.
He believed me, but explained wearily that
if everyone thought that putting a note in their windscreen
saying that the machine was out of order,
would spare them a ticket,
then nobody would pay.
I see, so it was
pour discourager les autres.

And of course, it's a nice little earner for them
because most people never take it this far.

P.S This morning I received two identical two page letters,
(because really, enough trees have not already been
sacrificed for this).