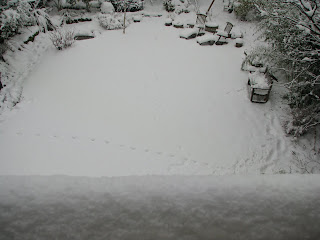 At five in the morning I woke to a wonderful silence.
I went to the window and pushed it open carefully.
A little heap of snow fell inwards on to the ledge.
A light wind was taking it now,
and moulding and shaping it against the hedges and fences.
Everything was bone white, under the riding moon.
I wanted to go out and walk in the fields by myself,
to watch for owls and foxes and smell the night smells.
Dull common sense and tiredness prevailed.
I returned to bed and have ever afterwards regretted it,
for such times come rarely,
and the countryside under the first,
heavy fall of snow at four in the morning
is a changed and enchanted place,
the imagination would feed upon the memory of it for ever after.
(an extract from The Magic Apple Tree by Susan Hill) 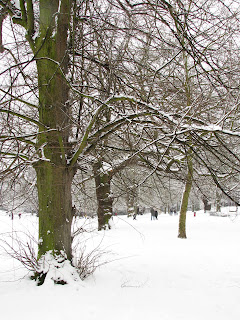 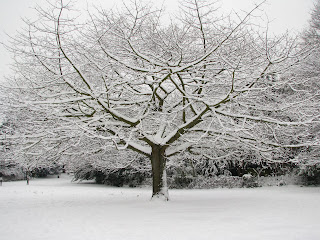 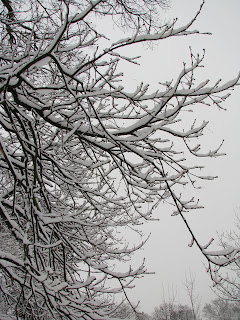 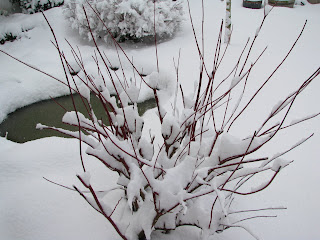 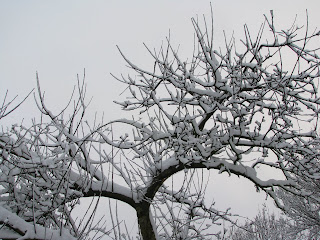 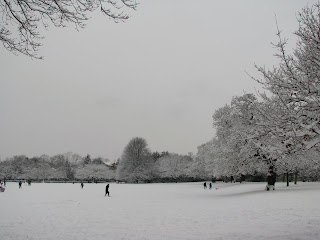 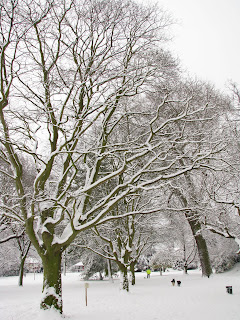 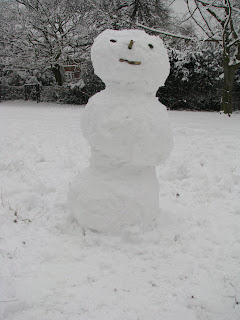 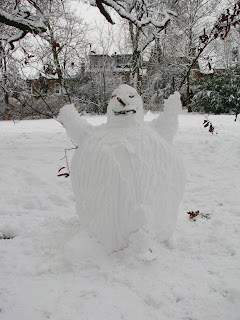 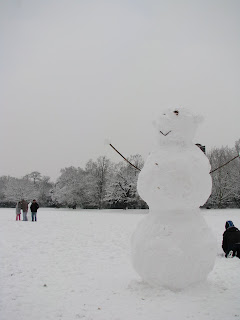 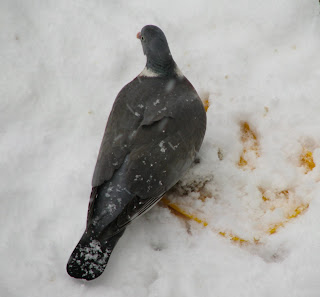 It may not have been five in the morning
but the schools were closed and the trains and buses not running,
so we went to the park and joined people having fun,
in the way that people always have when snow falls.
And it's still snowing.
Posted by Lucille at 1:37 pm