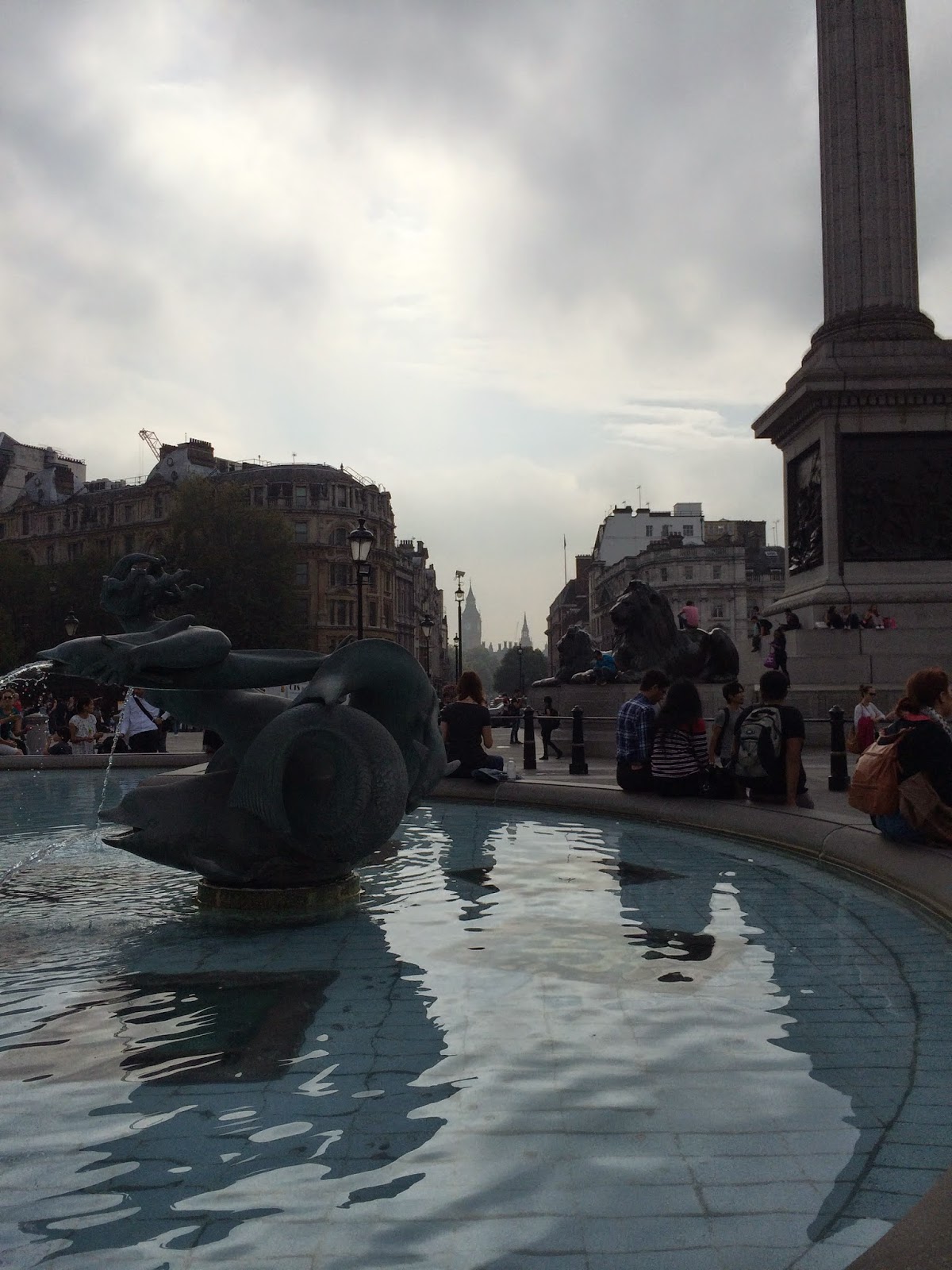 Trafalgar Square has hosted A Place Called Home
during the London Design Festival.
I am discomfited by the installations.
Two flickering screens in Ilse Crawford's house,
What Does Home Mean To You? were as difficult to focus on
as those banks of television sets in a department store.
You were invited to Tweet your impressions
which were added to a further scrolling display.
140 characters didn't seem to offer enough scope for my feelings.
Also I don't have a Twitter account.
Also I had a headache brought on by Swivel Eye Syndrome.

It smelt nice though. She had commissioned Azzi Glasser to develop
a scent to waft around the space because,
'every home has its own distinctive smell.'
My home smells of Sunday lunch at present
and faintly of drying oil paint. 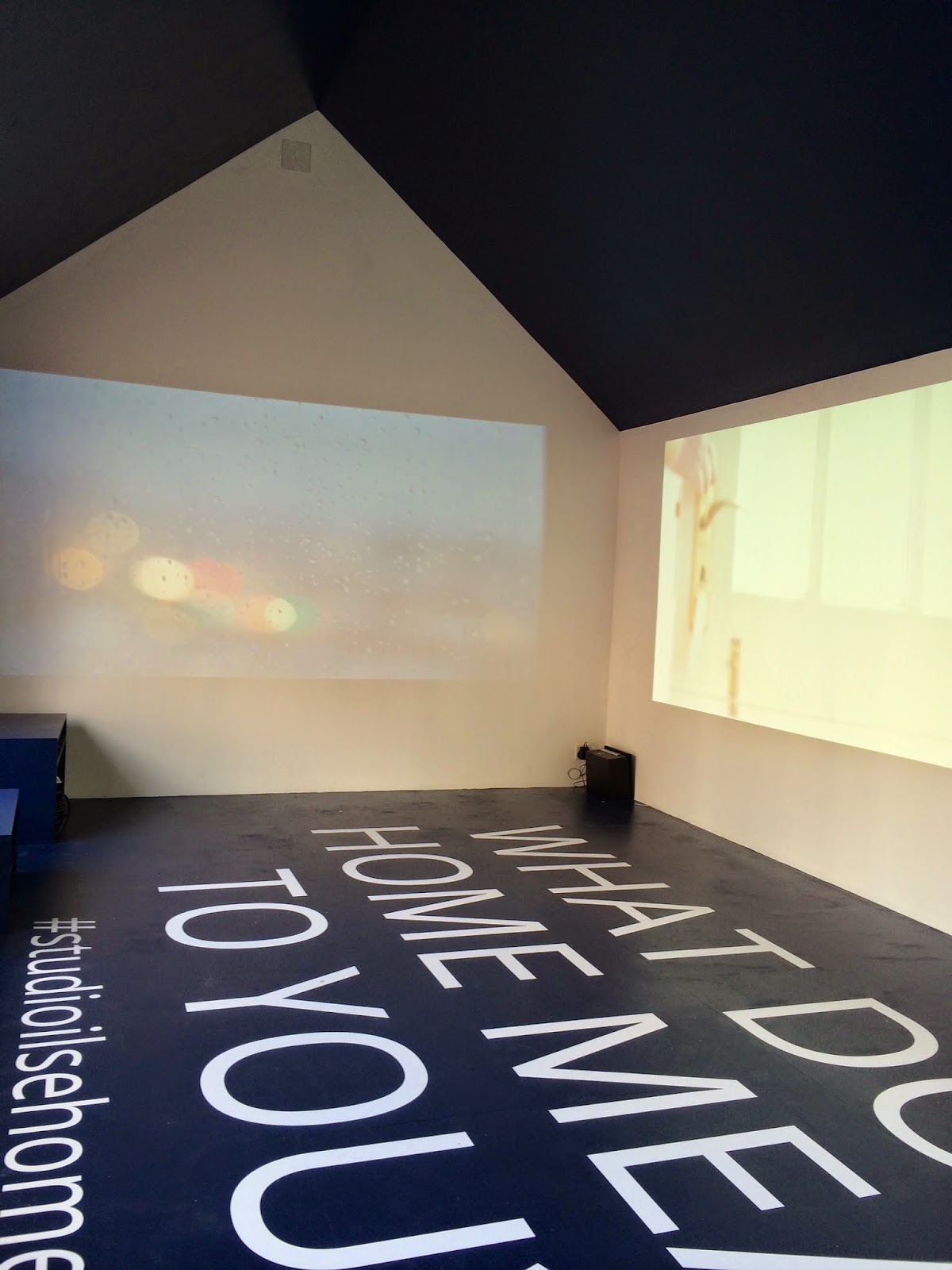 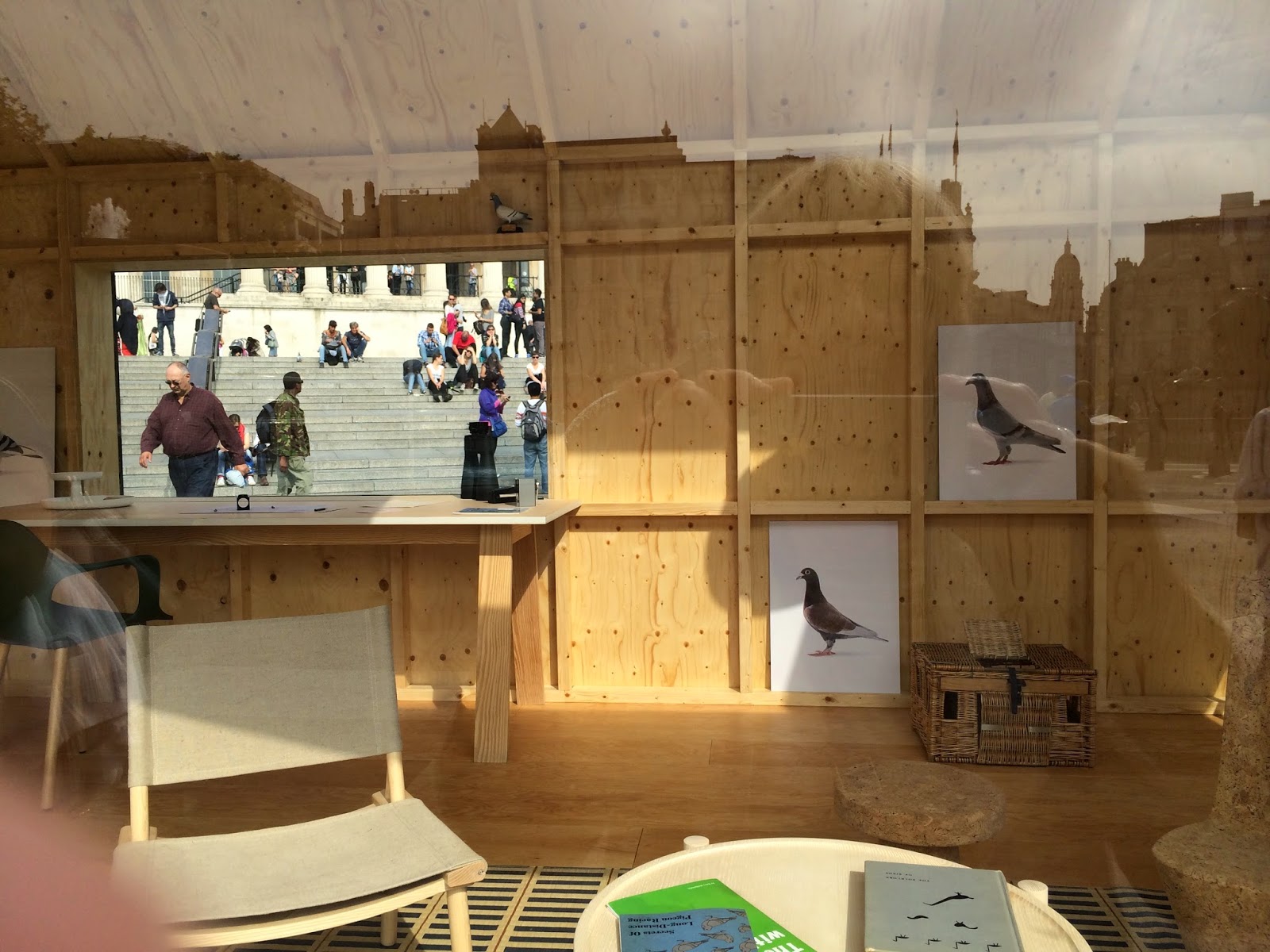 A pigeon themed house from Jasper Morrison.
Witty at least.
Sadly the actual pigeons have been banishéd from Trafalgar Square.
I say sadly, but actually I was terrified as a child
when they landed on my head.
This was a popular photo opportunity
for those with a Box Brownie. 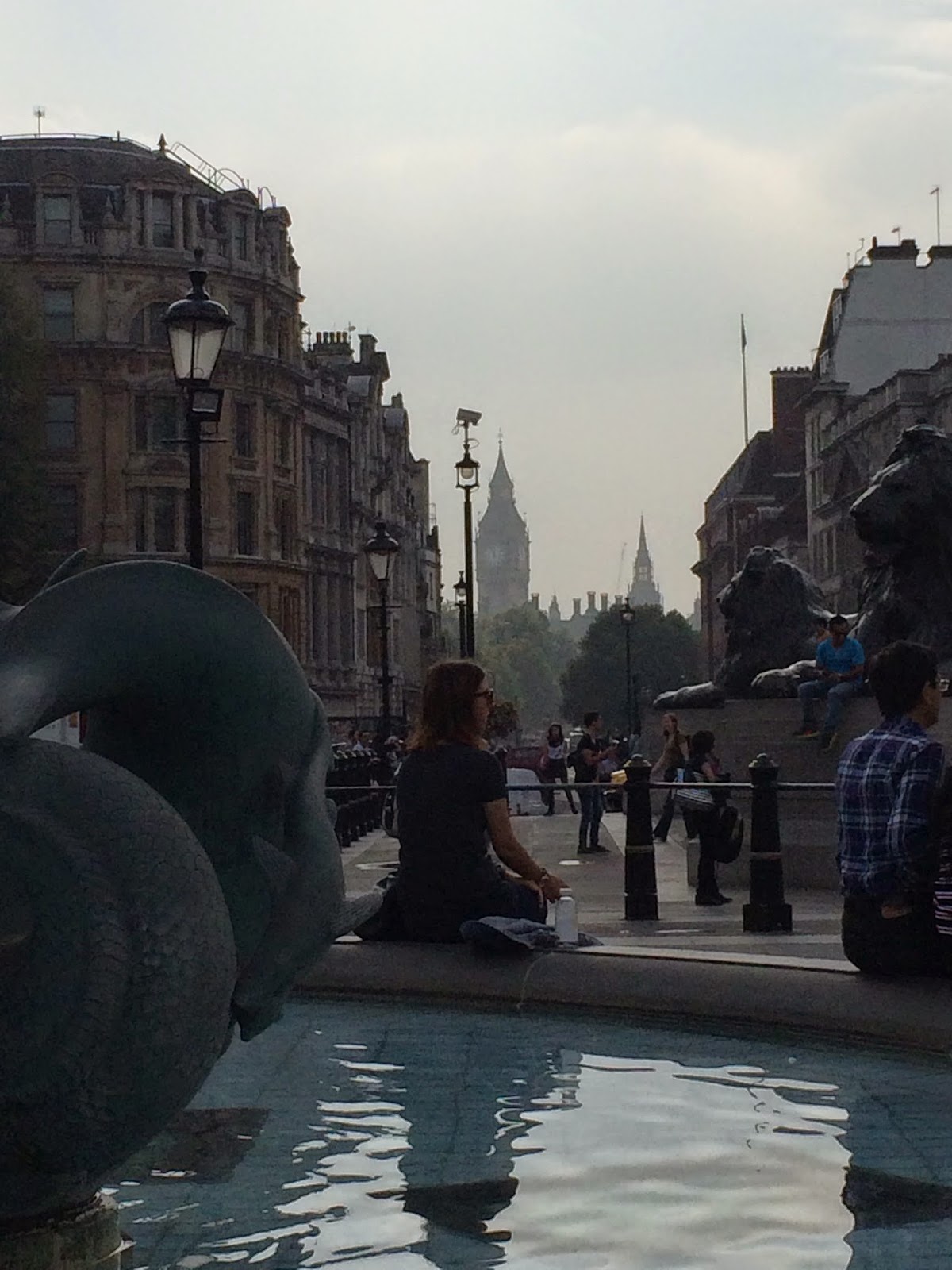 I'd intended to walk to The Design Museum near Tower Bridge. 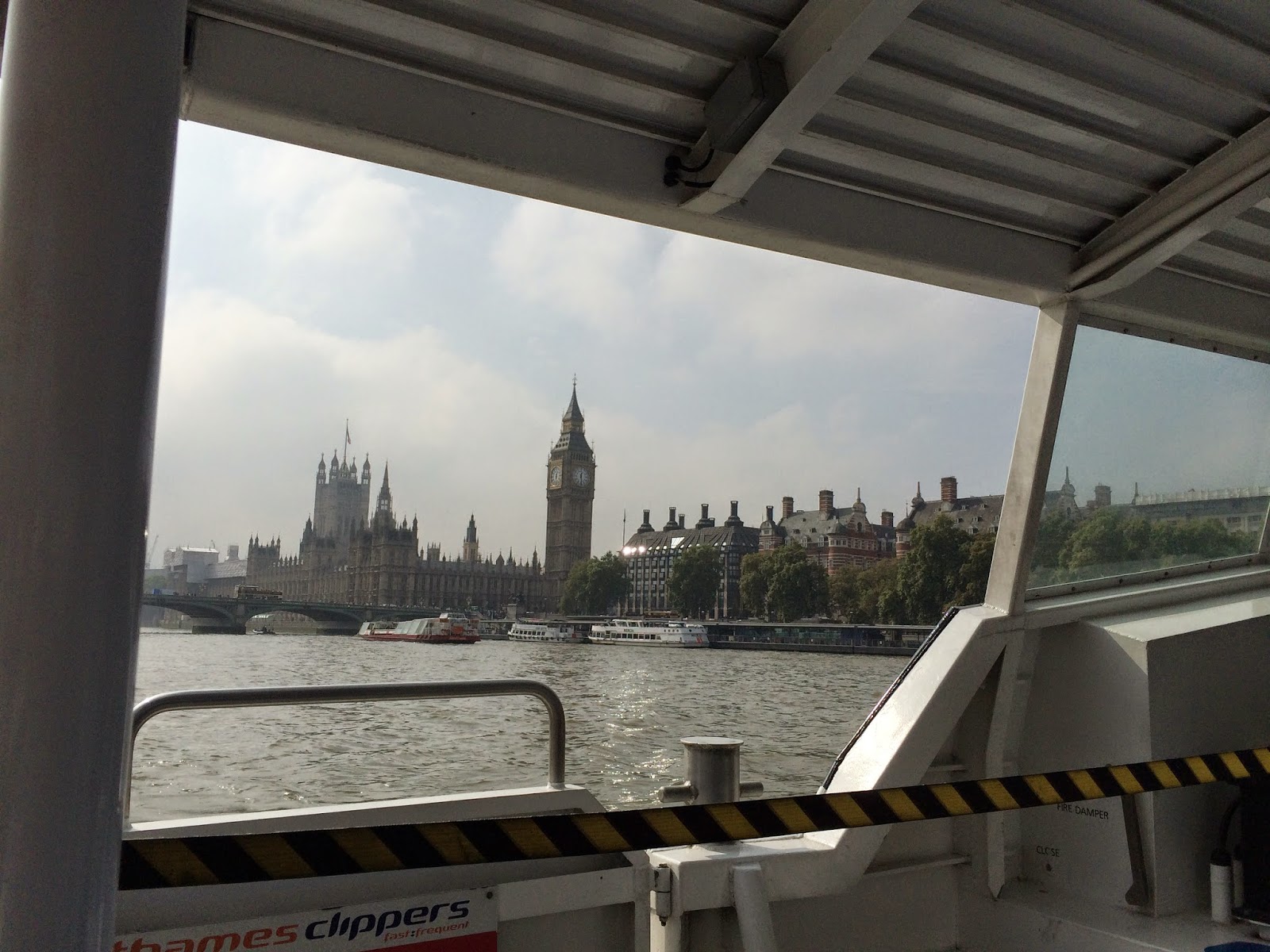 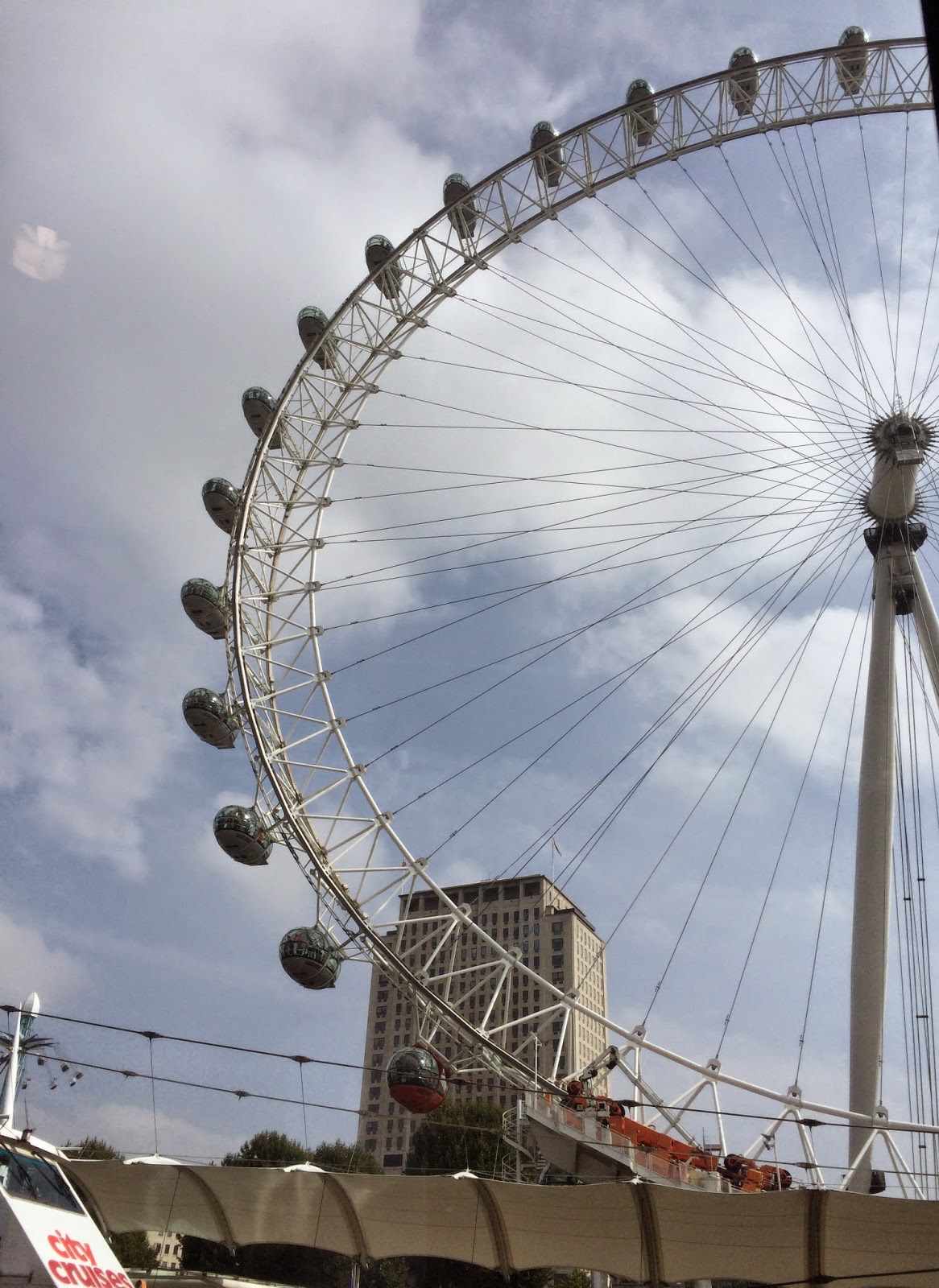 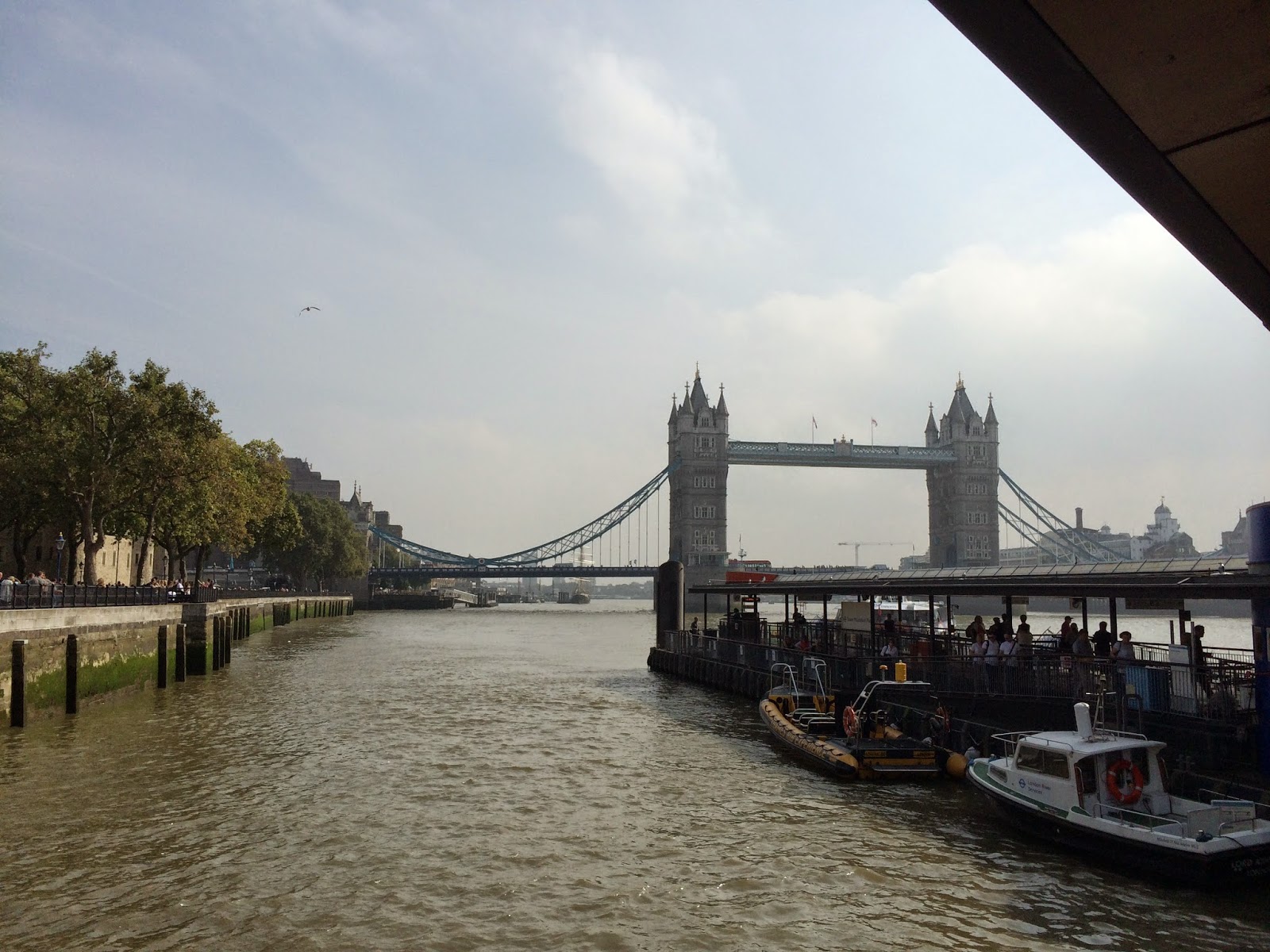 The River Bus was an entertaining and more direct alternative.
It was also a chance for a sit down.
My Freedom Pass was accepted,
but she wanted to see it first.
Which was nice. 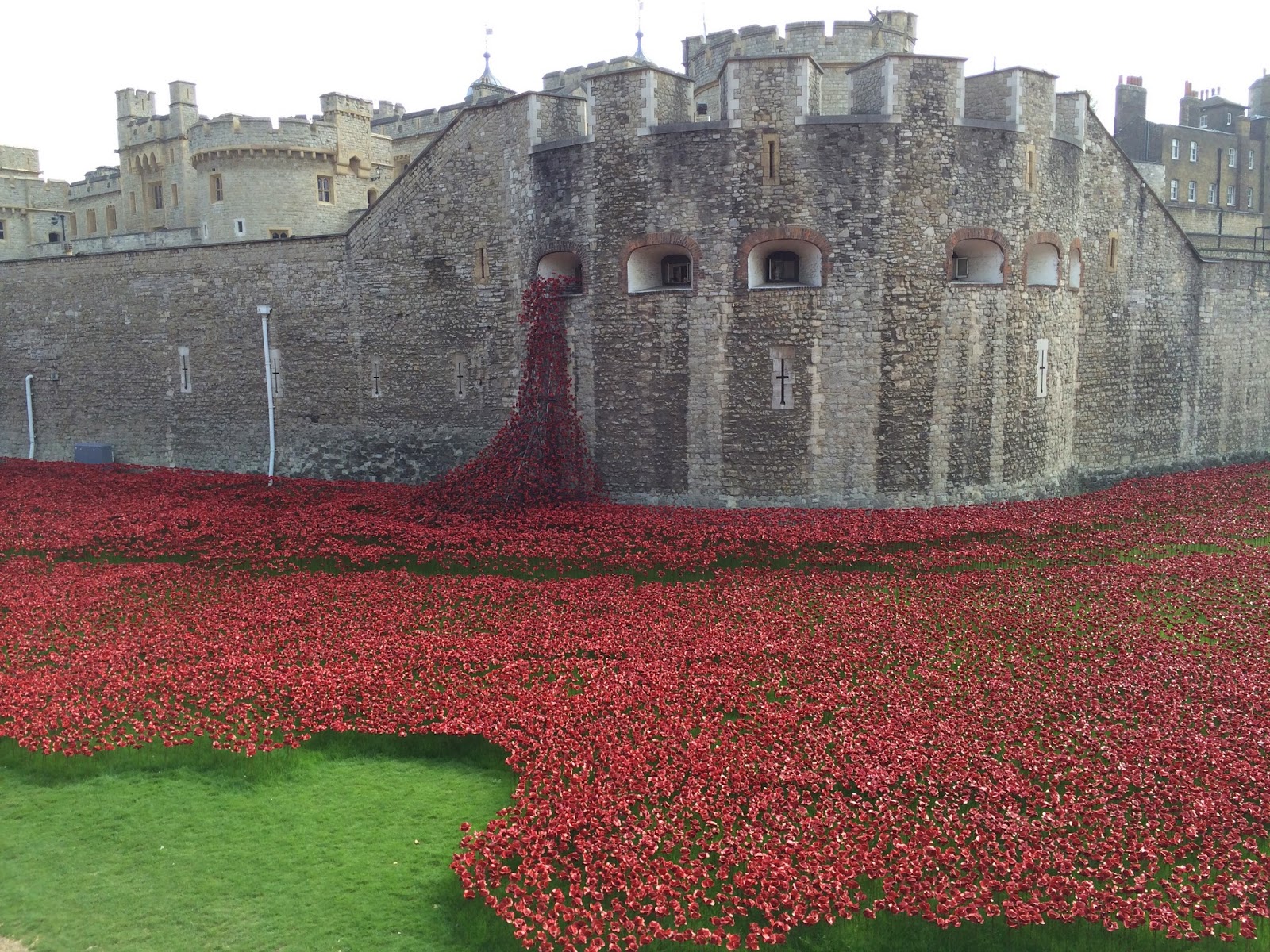 A sobering sight. So many poppies.
So many deaths. 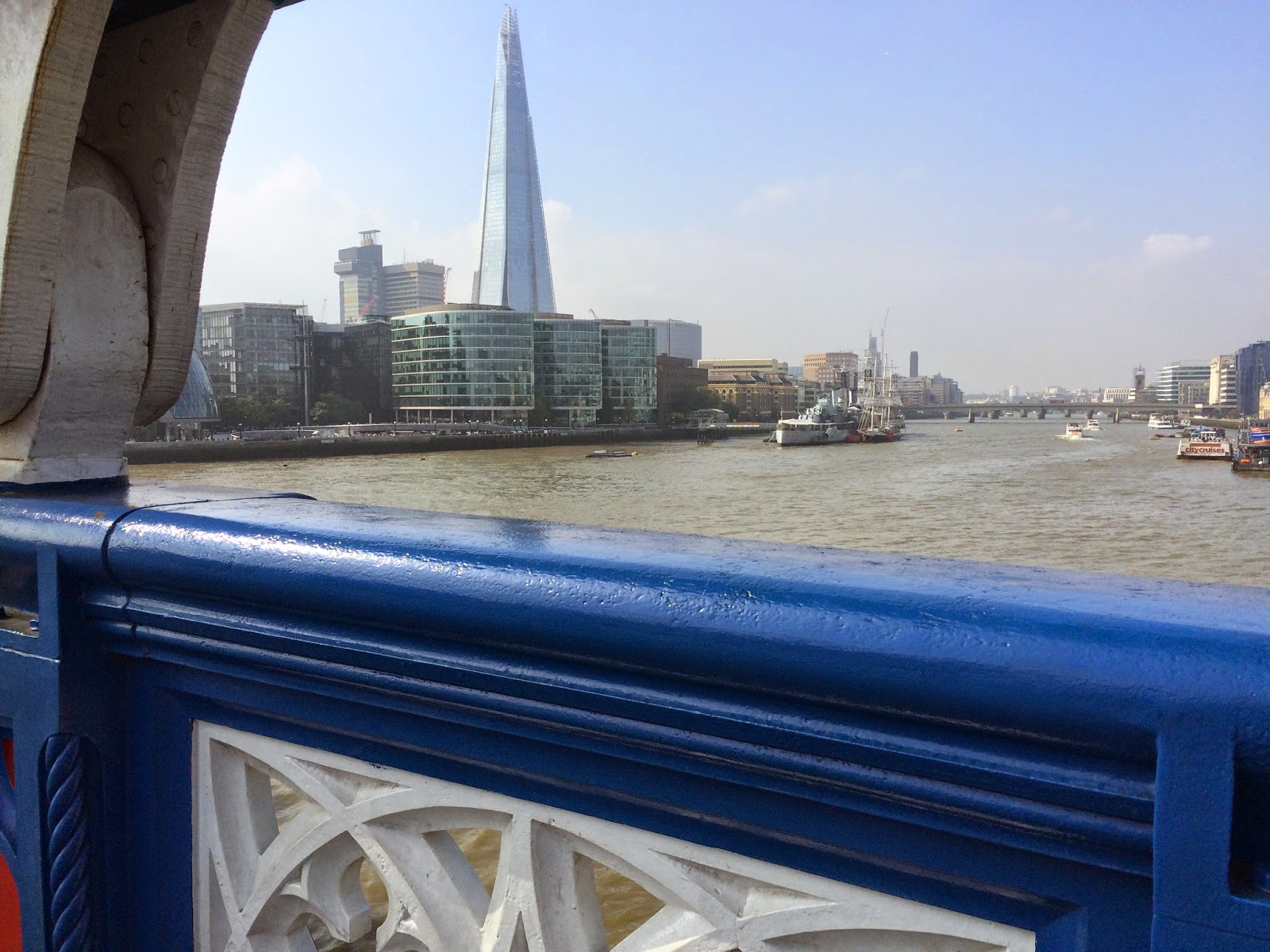 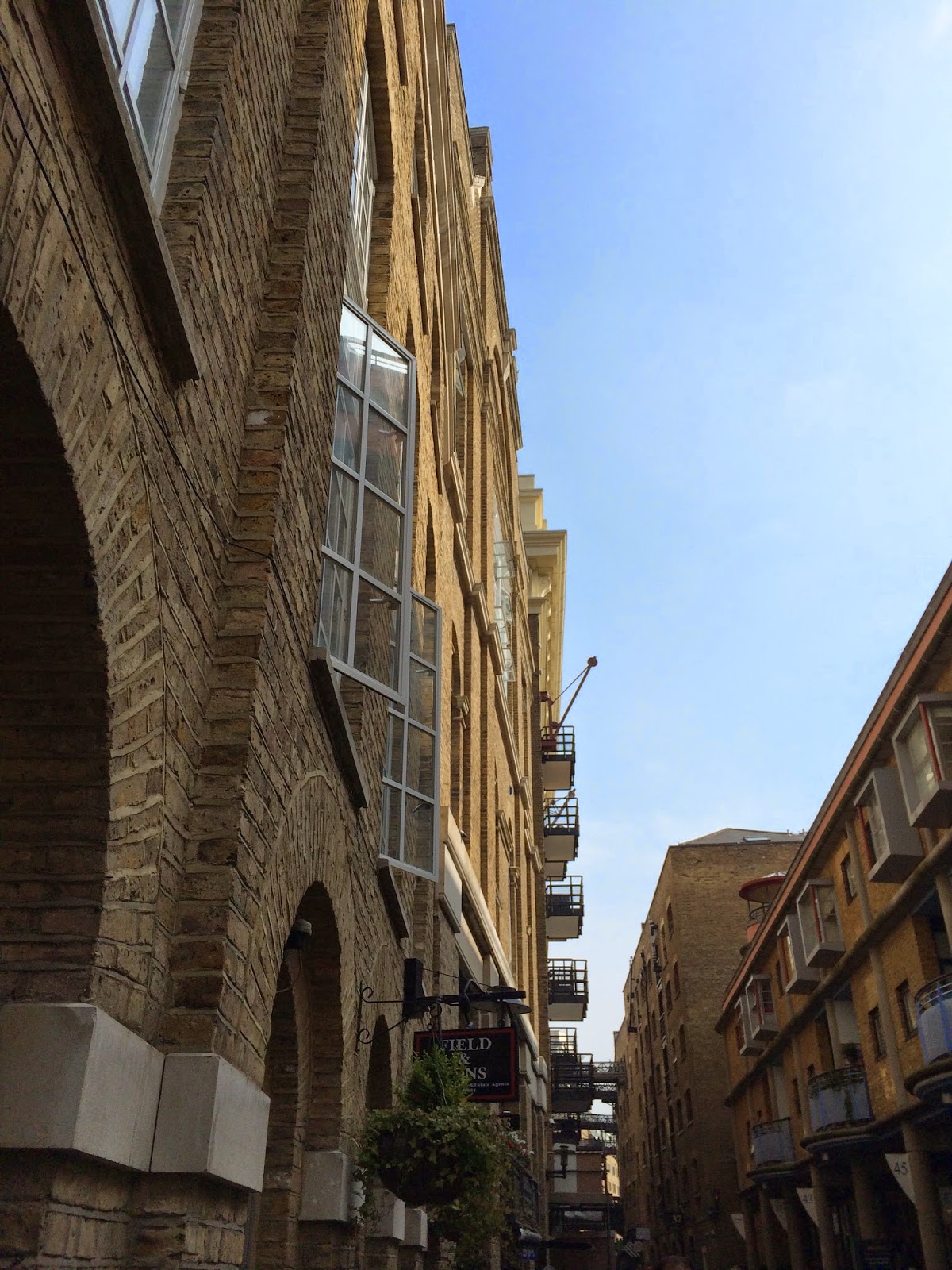 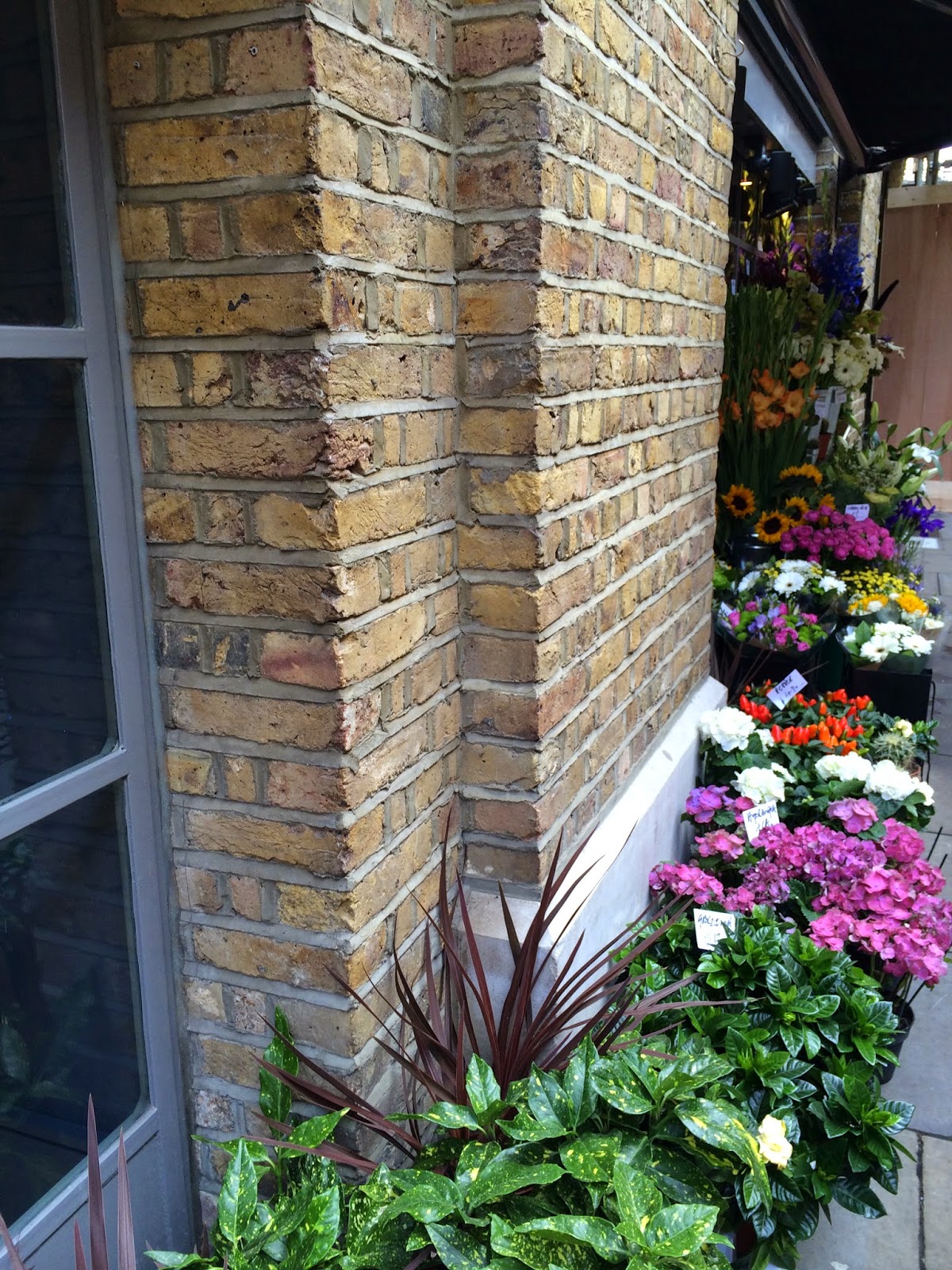 The Design Museum had this pop-up exhibition.
I was not impressed by the £12.40 entrance fee.
'No age-related concessions,' said the girl at the desk
a tad presumptuously.
(I hadn't asked for one.)
One of the displays was a tray of Lego with some half-made models on a table.
A guard had been positioned near it to bark at people who believed
they had been invited to play with it.
Elsewhere the exhibitions were interactive
so they were naturally confused.

I looked for an i-phone cover in the shop.
Not finding one, I interrupted a conversation behind the till
to ask if they stocked any.
It was as though I had asked for a Union Jack place mat with
'I heart London' on it.
I walked back to London Bridge feeling thoroughly deflated by it all.
Rather longing for more of this:

No entrance fee.
All ages welcome.

Labels: london, out of my comfort zone, river