Let's go to Brighton, I said,
to see the Biba exhibition.
(I once had a Biba mackintosh.
It was rust coloured and had sleeves
you needed pipecleaners for instead of arms.
I was so proud of it,
I was prepared to risk cutting off my circulation.)
Let's not drive,I said.
We'll go by train along the coast. 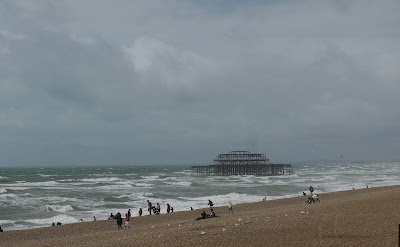 When we got there, well,
it was pretty much like Penzance
with its storm tossed seas
and brave souls promenading, 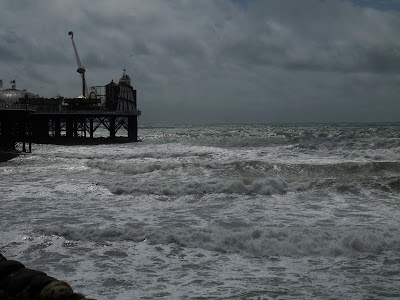 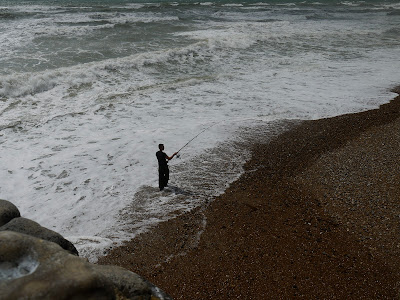 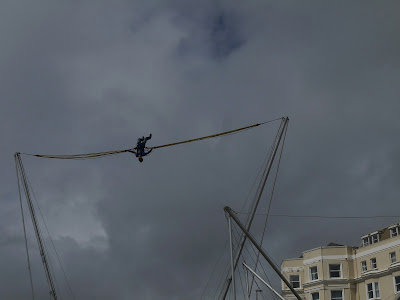 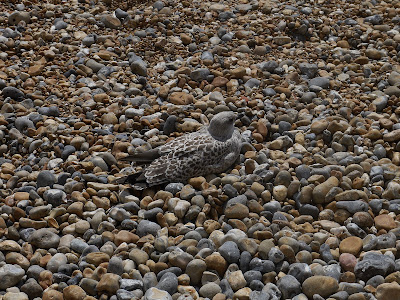 This young gull hunkered down, wisely, I felt.

And I had made a mistake about the exhibition.
It doesn't start until next month,
but I did see a Harold Harvey, 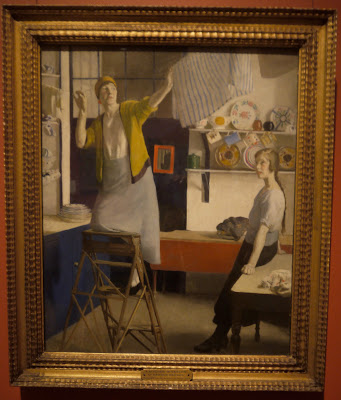 A Kitchen Interior,
which squared the circle nicely,
as they had all been taken down in the Penlee Museum
when I went to see the Laura Knight exhibition.
Gertrude, on the stepladder, has a cardigan very much like mine.
The table and the mirror frame
are the exact colour of my Biba mackintosh.