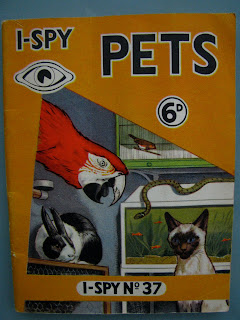 a collection of I-Spy books.
In black and white for 6d 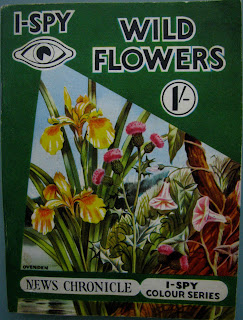 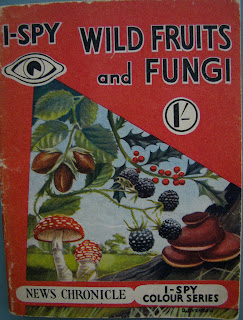 these were produced by Big Chief I-SPY
at the News Chronicle Wigwam
in Bouverie Street, London E.C.4. 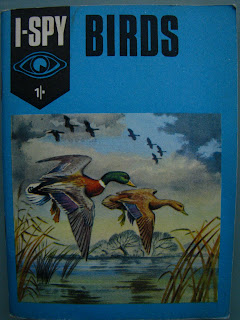 Actually Big Chief I-SPY moved about a bit over the years
and could also be found at
Wigwam-by-the-Water, Upper Thames Street.
Anyway, all you needed to become a member of the I-Spy tribe
was sixpence, or 1/- or 2s.6d
depending on how early you were born
and then 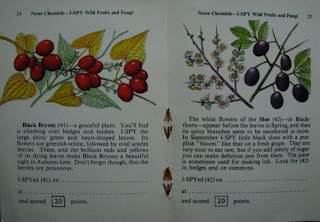 you would receive an I-SPY membership pack with
a badge, (an Open Sesame to all kinds of places),
a Tally Card, and a Book of Secret Codes
for decoding messages in the News Chronicle & Daily Dispatch,
News Chronicle, or Daily Mail
again depending on your generation.
In one book there was even a secret sign
but they seem to have dropped that later. 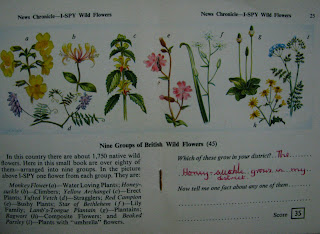 But of course the main point of all this
was to be a member of a Great Tribe
of explorers, discoverers, trackers and spotters.
Between 5 and 30 points were awarded
depending on scarcity, for each entry.
A philosophical attitude was encouraged,

'Some days are better than other. You may get a run of blank ones.
And then along comes a real red-letter day -
you spot the very thing you've been wanting for months.
And your score takes a great leap upwards.
Don't expect to be lucky EVERY day'. 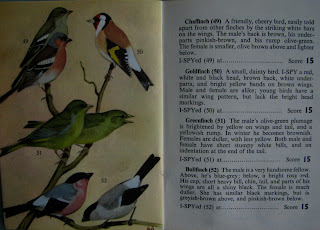 Finally, when you reached 1,500 points your record was to be examined
by a teacher or parent and signed off as being genuine,
before being sent in (with a 3d stamp for its return)
to claim your 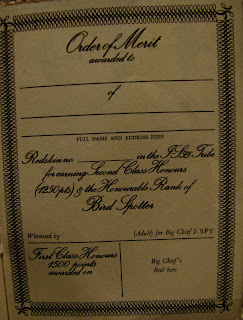 Order of Merit, with the Big Chief's Seal.
I never got as far as this, even though
I may well have been tempted to cheat a little with my spotting
as I was not a very patient child.

I heard on the radio this morning that
they have been re-issued by Michelin.
Now you must collect 1000 pints before you can join the club
and I don't think you get a badge or a secret code anymore
but it doesn't surprise me that these little books
could prove to be as enduring as their creator
Charles Warrell, who died when he was 106.