Picture the scene.
A young man (my son) is on a train sitting
at a table of four seats.
He is wearing a casual navy jacket,
a T-shirt and V-neck jumper
with a pair of dark maroon trousers.

Opposite him are a smartly dressed woman and her husband
in their late fifties or early sixties.
She has a cold.
After a while she opens a pack of Lemsip sachets
takes them all out, and puts them in a tidy pile.
She then opens up the Lemsip box.
Thusly. 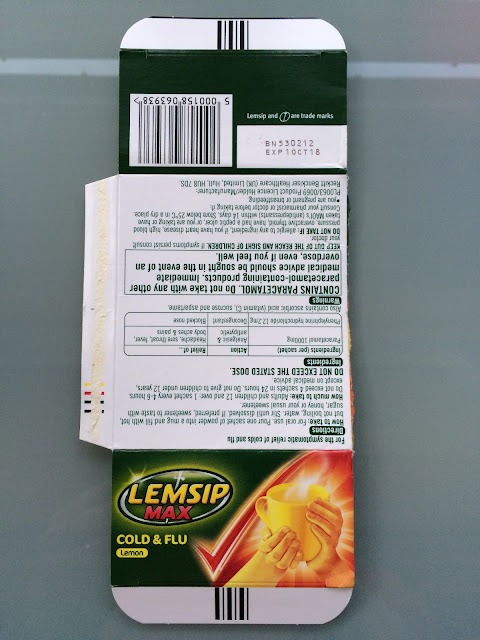 She turns it over and begins to write.
The young man does not take much notice of this,
(he is working on his laptop)
until she pushes the piece of card across the table to him.
She smiles. It is a message for him.
Here is what it says: 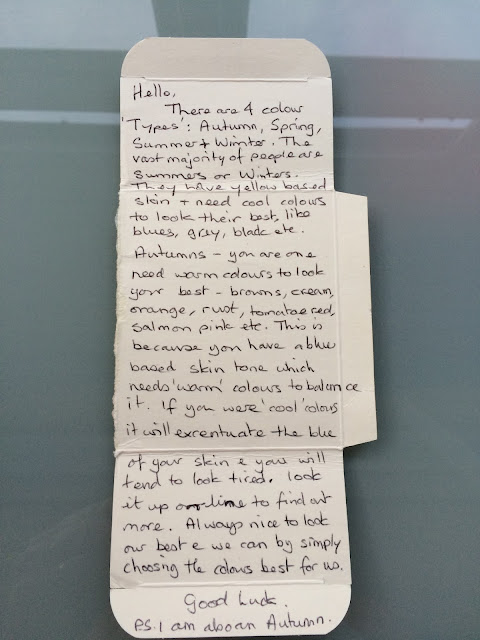 Do you think she makes a habit of offering
unsolicited sartorial advice on trains?
Would an unremarkably dressed young man be likely to
a) be grateful for this advice,
b) want to act on such specific advice?

Would she have risked doing this to a woman?

Would she have welcomed my return note
correcting her spelling of 'accentuate' and 'wear'?