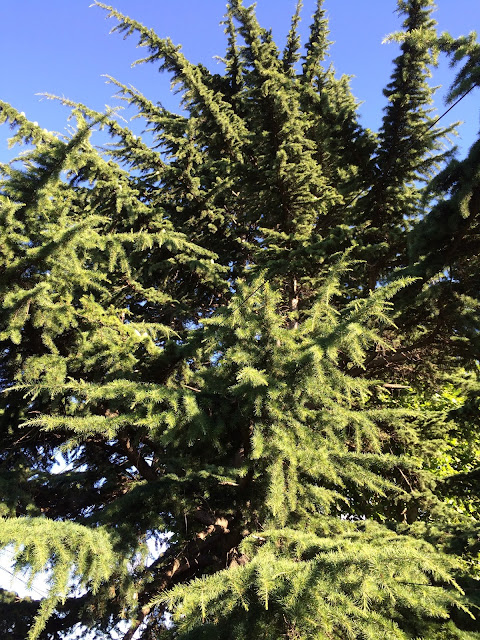 We've had to have a tree felled. 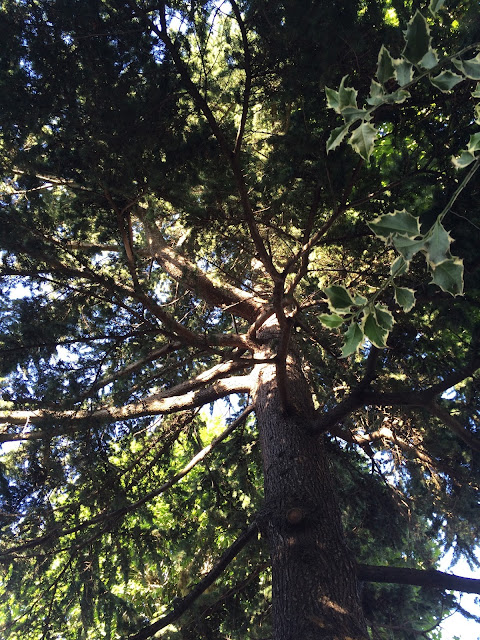 It was the huge cedar crammed into our front garden. 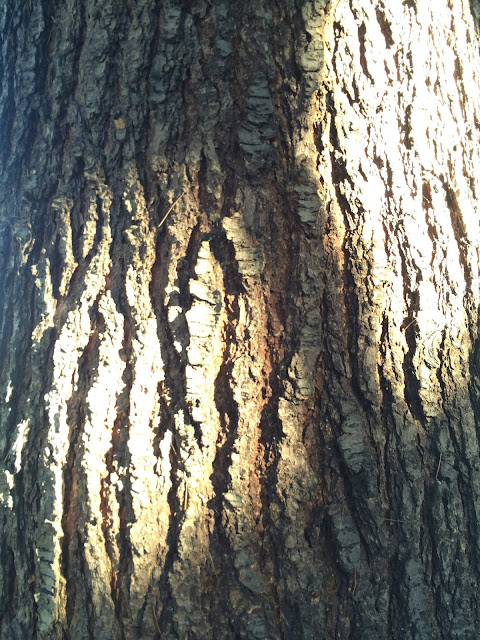 I see that in 2009 I couldn't contemplate having it cut down. 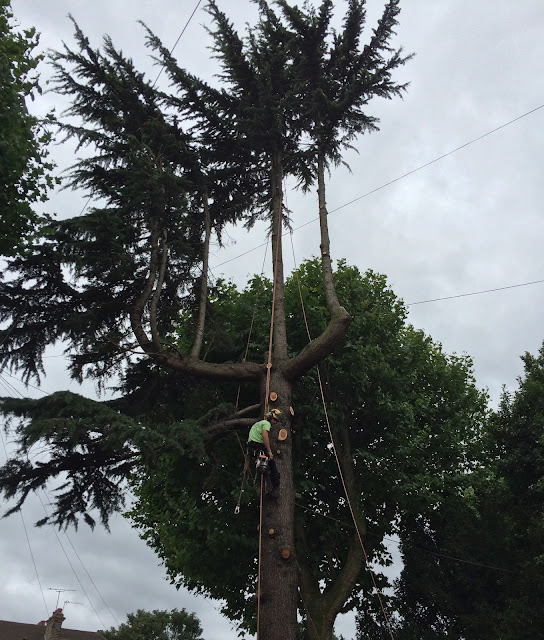 But the goldcrests have long since departed
leaving only the pigeons. 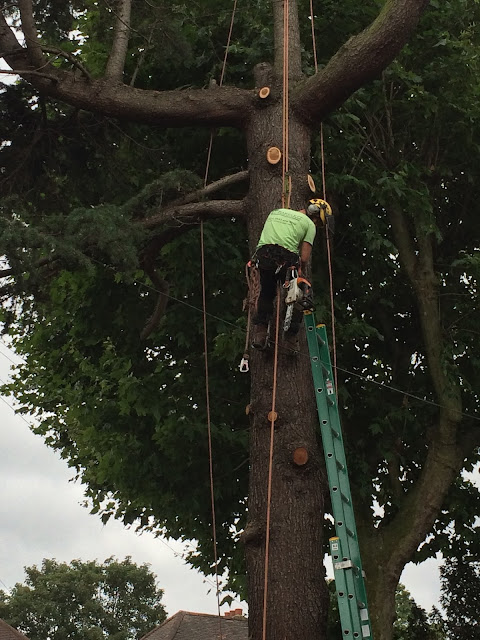 Meanwhile the tree has continued to grow,
and its roots have lifted the driveway. 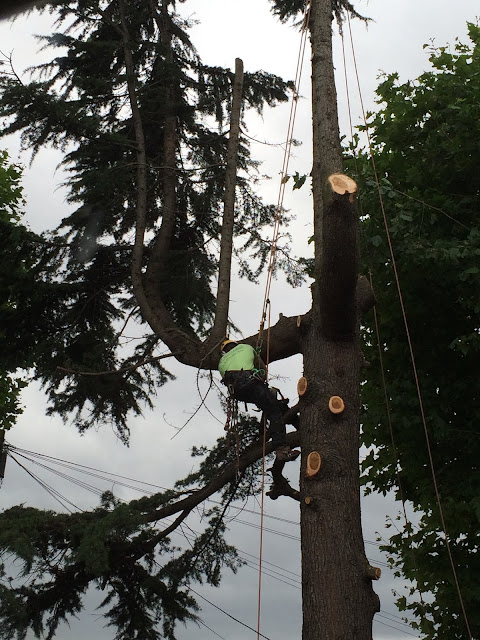 And one windy night a large branch fell,
mercifully on our side of the fence
and not into the road. 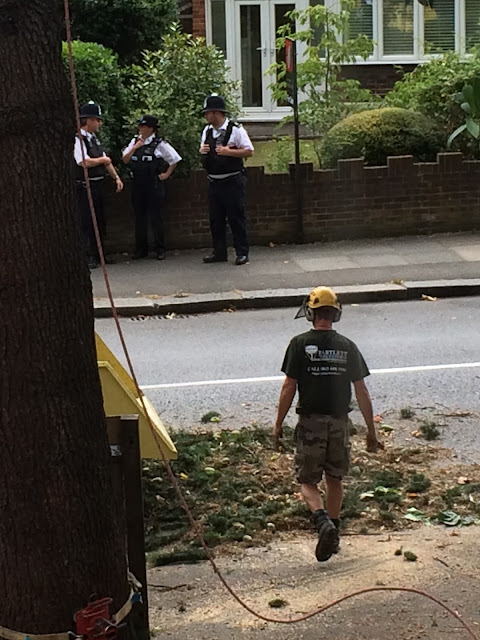 At one point there were seven men wielding three chainsaws. 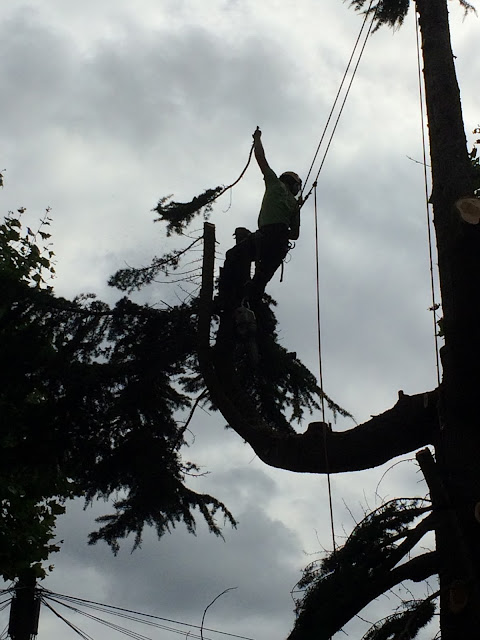 It was a massive undertaking
and took six hours to bring down. 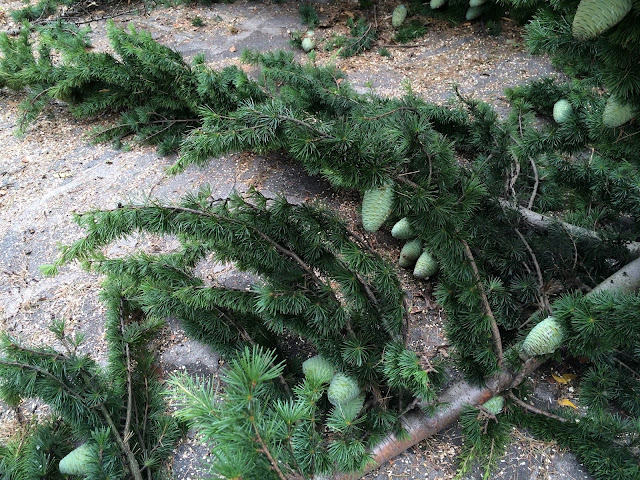 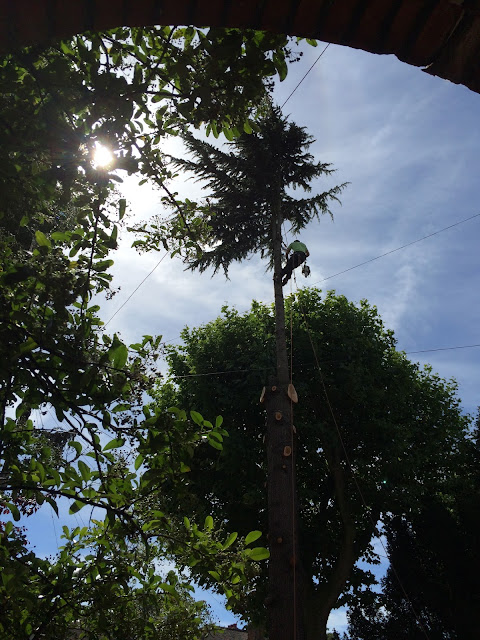 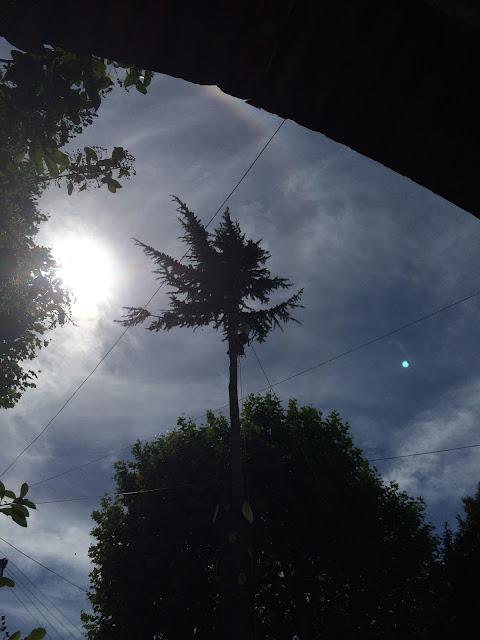 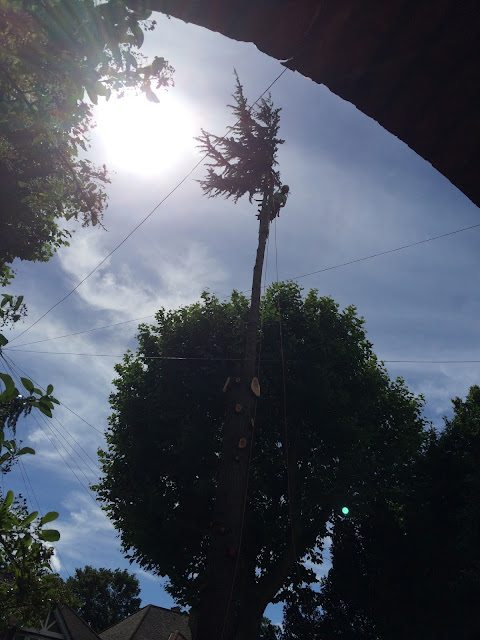 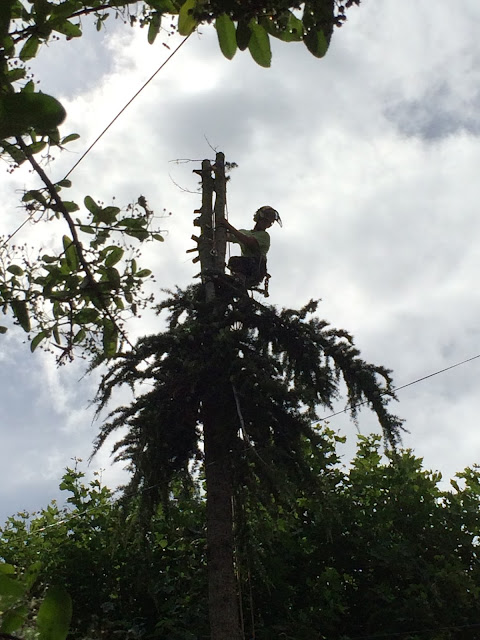 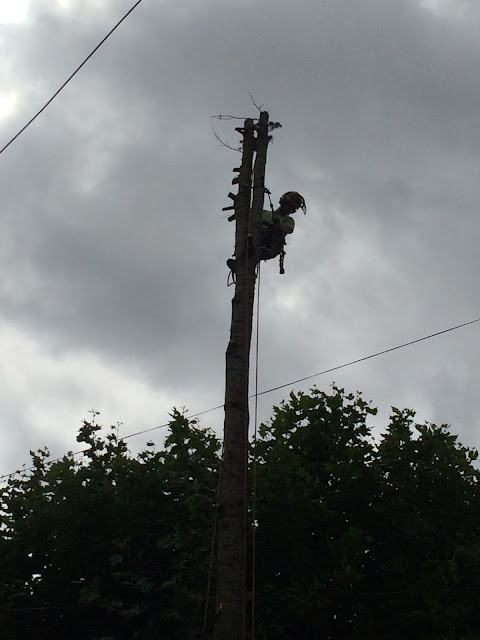 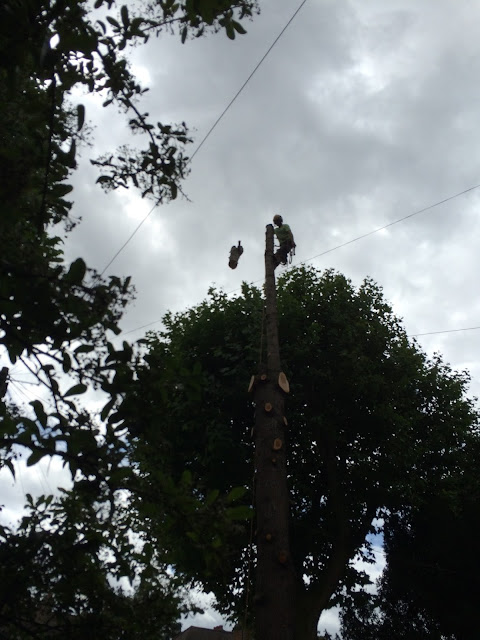 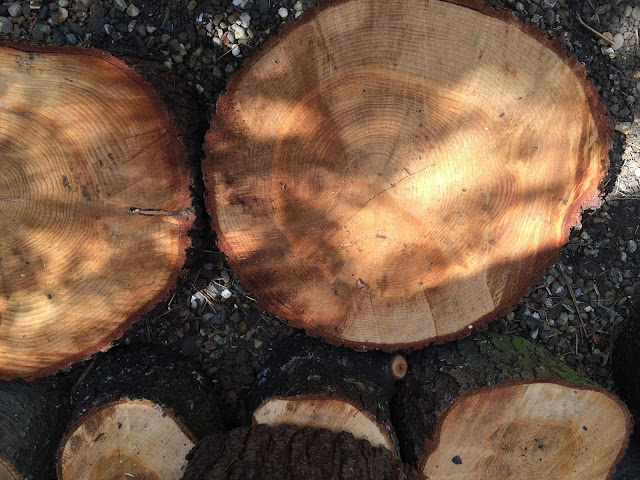 We've saved as much of the wood as we could. 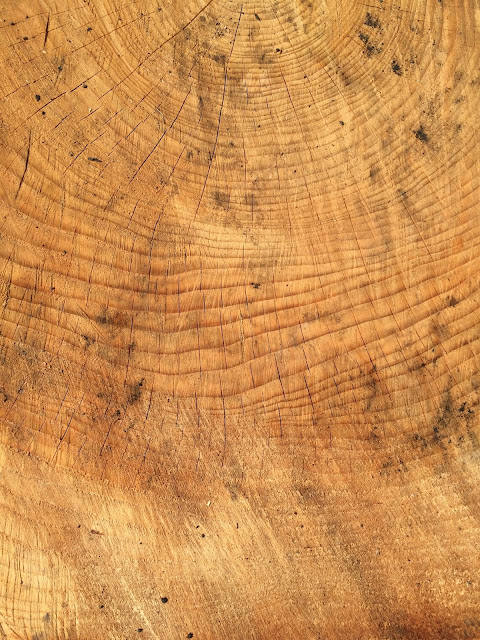 It was eighty eight years old. 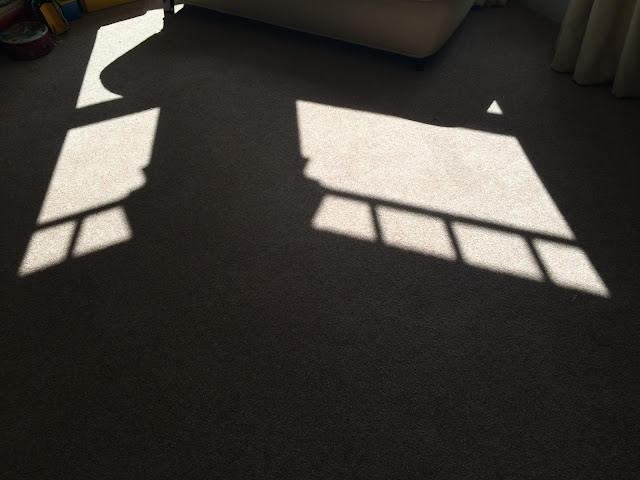 What a difference it has made to our south facing sitting room,
previously cast in deep shade all year round.

Now we must plant something more suited to its situation.

As Loudan said in his 1832 edition of Useful and Ornamental Planting,

'Remember that a squashed cedar is a sign of unaffordable pretensions.'