at the Royal Academy Summer Exhibition. 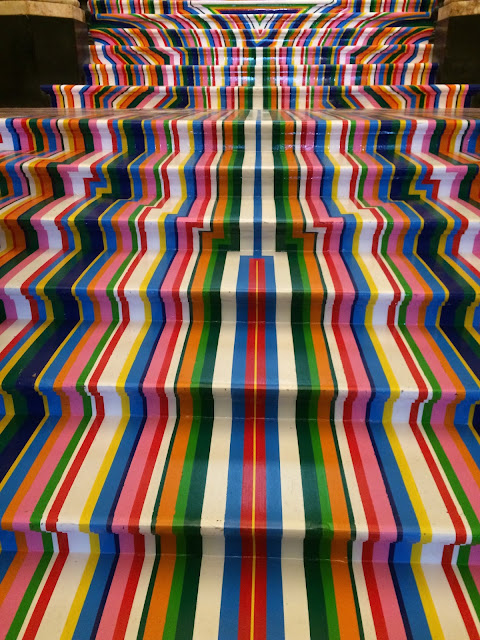 Jim Lambie's Zobop zippy floor on the stairs up to the exhibition.
My senses are reeling already. 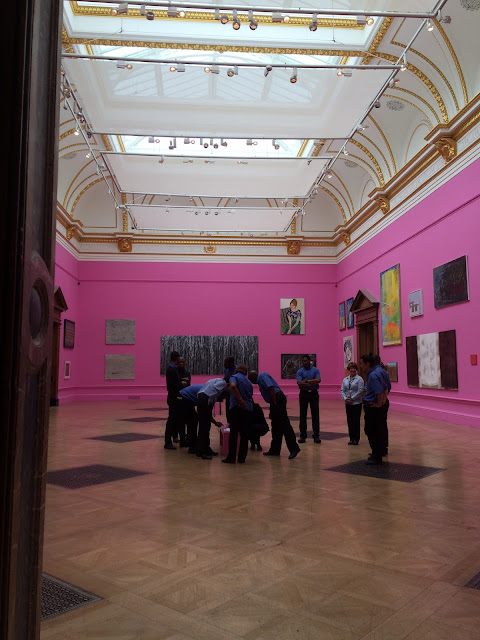 A last minute staff meeting.
Have they got used to the pink walls? 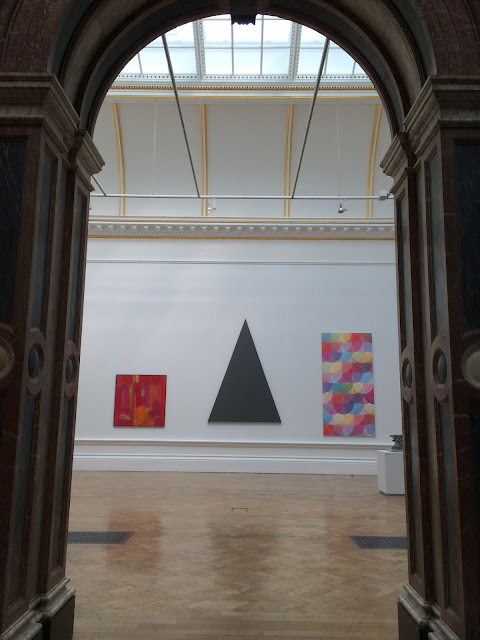 I want to come back to the picture on the left later. 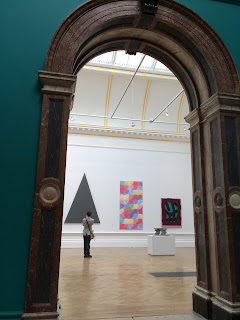 Someone is ahead of me. 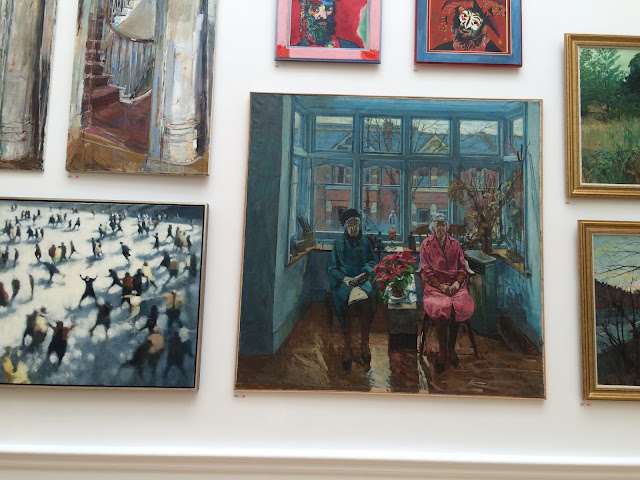 Two Sisters - William Bowyer
and to the left of them Afternoon Skaters - Bill Jacklin RA. 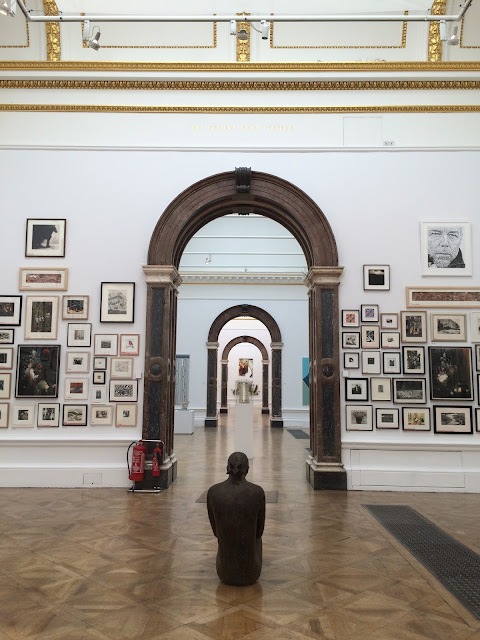 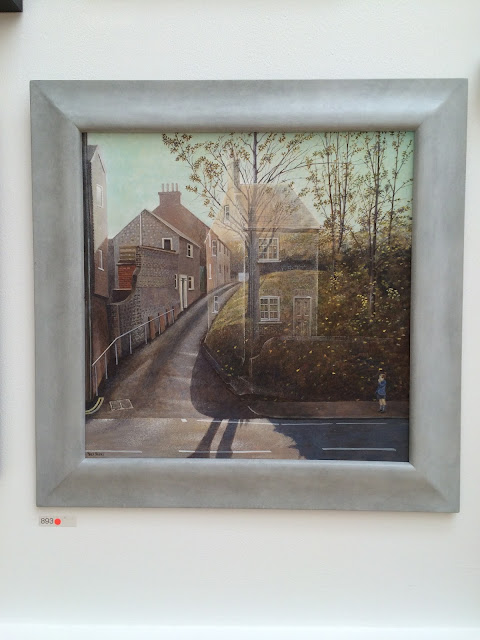 The Old House Dreams it is Still There-
Peter Messer. 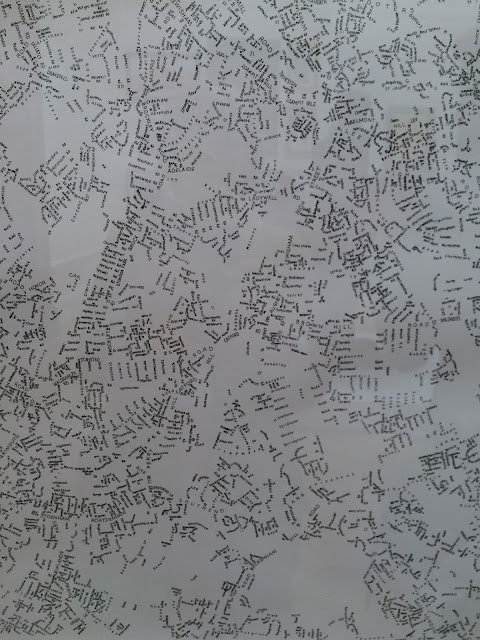 London - The Streets - Kim Rugg.
Of course I checked. 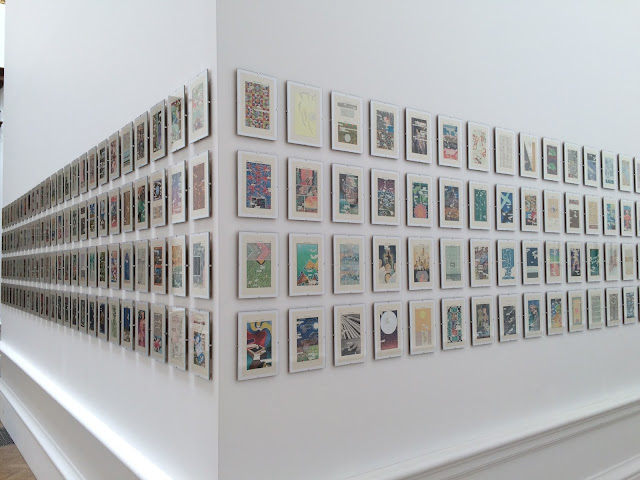 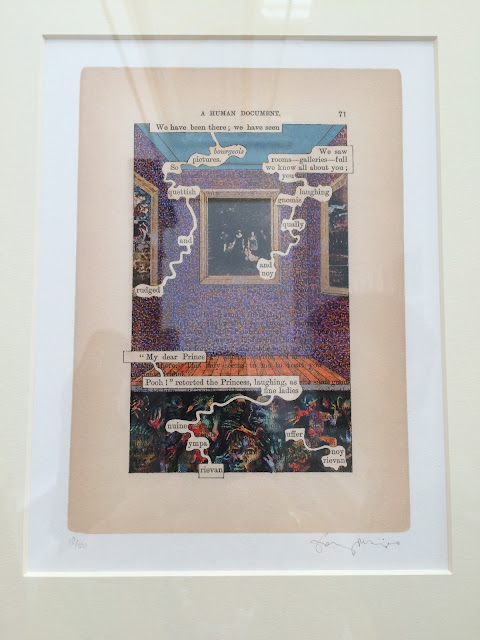 A Humument - Bourgeois Pictures.
We have been there;  we have seen bourgeois  pictures 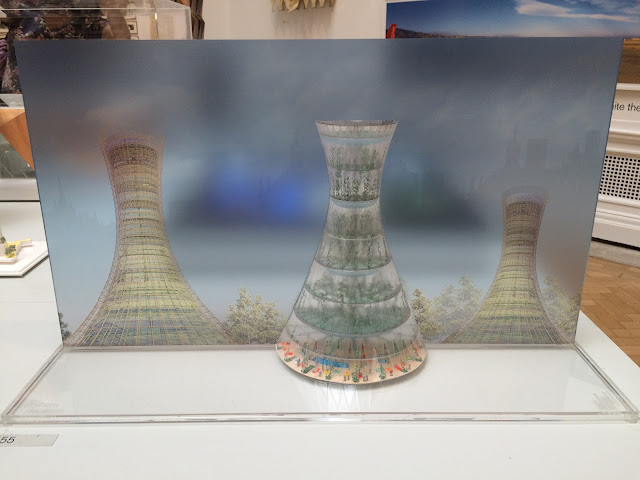 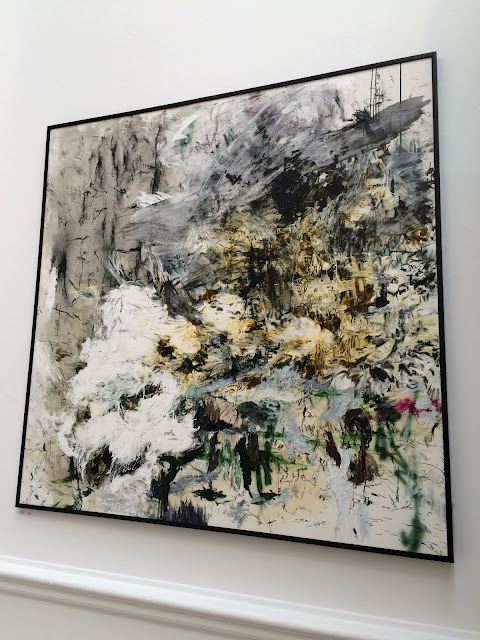 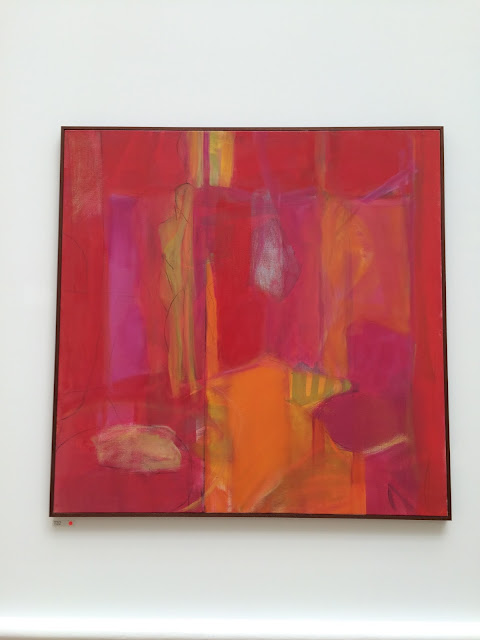 Rose Hilton is the wife of the artist Roger Hilton.
she talks about his work here :

As his wife she was actively discouraged to paint,
despite attending the Royal College of Art,
winning the Life Drawing and Painting prize and the
Abbey Minor scholarship to Rome.
She painted a little if he went out but only
took up her brushes again in earnest after he died in 1975.
This work was submitted in her 84th year.
Do read the article if you have time, but if not
perhaps listen to this.
I found it very moving in the circumstances. 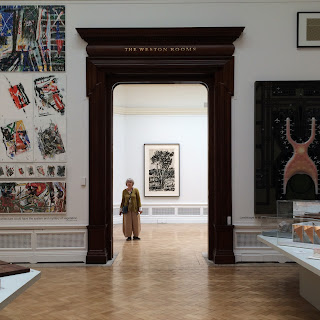