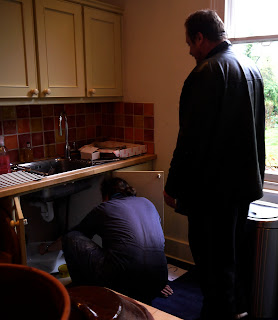 I took a unilateral decision and increased
indoor and outdoor staffing levels
to unprecedented heights today.
Four people laboured manfully and womanfully
around the premises
while I watched them and smiled encouragingly.
These two men are called
The Considerate Plumbers
and they really were. 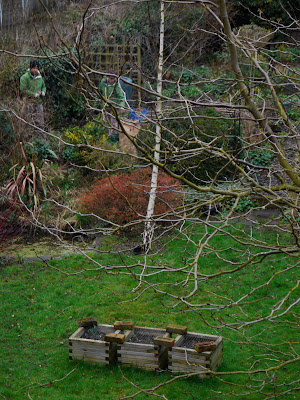 The gardening folk weeded and pruned and cleared
for six hours straight.
I made tea and coffee of course
and fielded enquiries, but beyond that I did nothing.
Husband is home with a nasty virus
so a little light nursing was required.
O. was here and needed some sustenance
before disappearing again.
I gave him a lift because his case was heavy.

The milk was not delivered
(atrocious timing for that Fail)
so I popped out to the supermarket
and brought home the weekly provisions
as well as the milk.
But really apart from that,
I was completely at leisure.

The washing largely took care of itself
as did the dishwasher.
Bread and fruit loaf are made
in a jiffy.
Soup for lunch only needed defrosting.
Ironing is almost therapeutic when it
only involves flat things.
But as I say, I really was having a lovely rest.

While the plumbers were hard at work with the new tap
I couldn't help noticing that
the under sink cupboard was in need of a little tidy up.
A couple of rather tricky phone calls had to be made
and bills always need paying,
but I was sitting down for those.

It was Pilates today.
So I expect that is why I am feeling a little weary.

Or is it because,
although this is the first day of Spring,
I have used up all my springiness
and am running on empty? 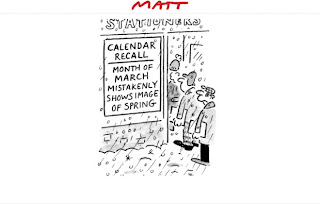