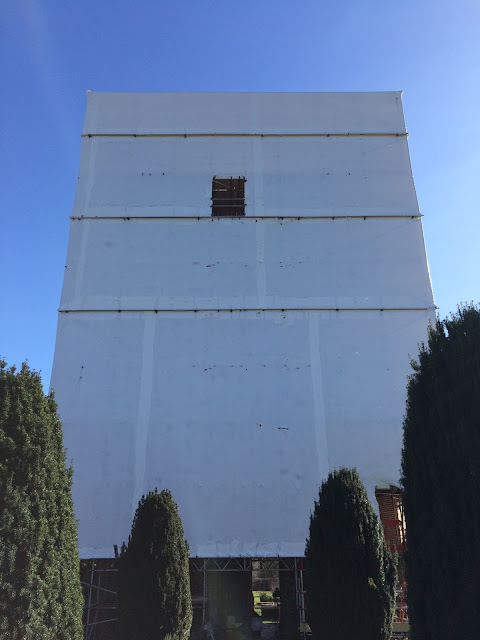 The tower is under wraps.
From a distance it looked as though an office block
had sprung up in the Kent countryside. 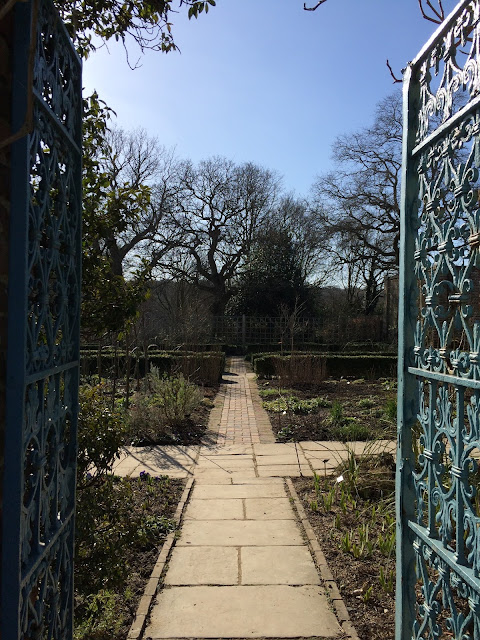 The garden is deserted. 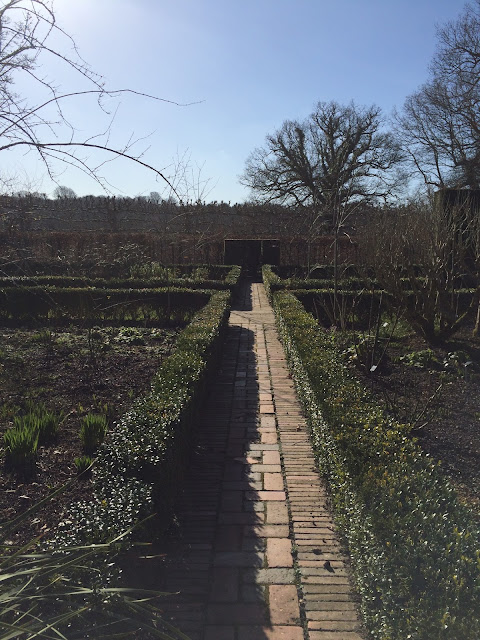 You can listen to chattering birds 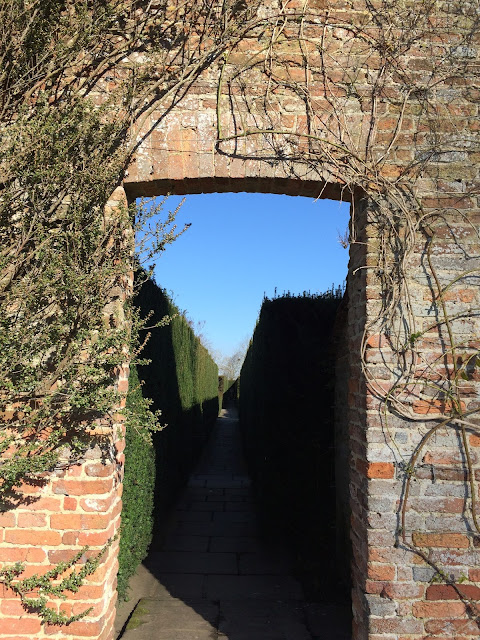 instead of chattering people. 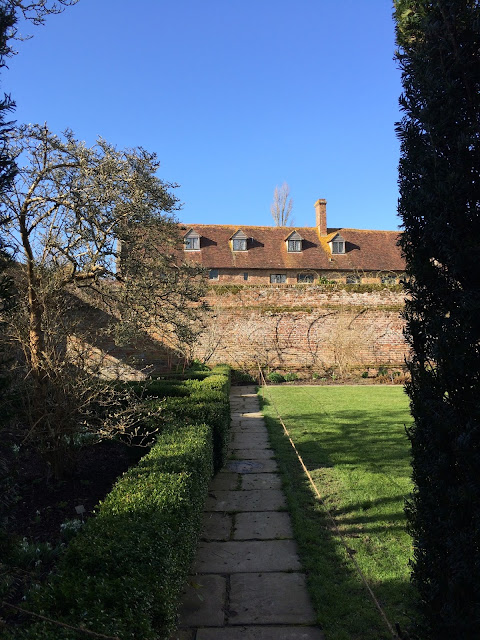 The narrow paths were only ever wide enough
for one person and a wheelbarrow.
200,000 people have squeezed down them in the last season. 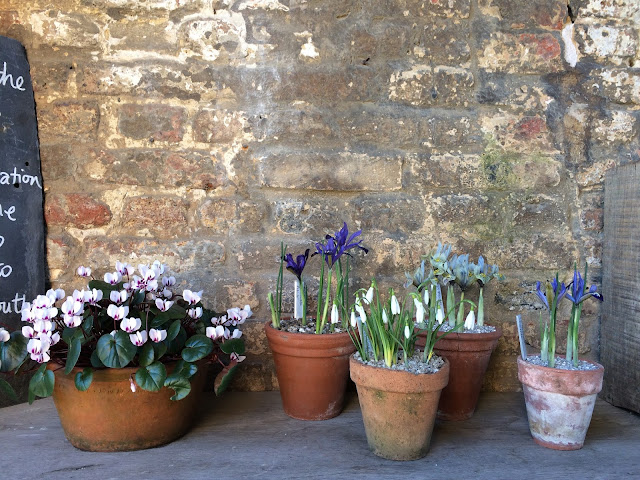 This is the earliest display I have ever seen here. 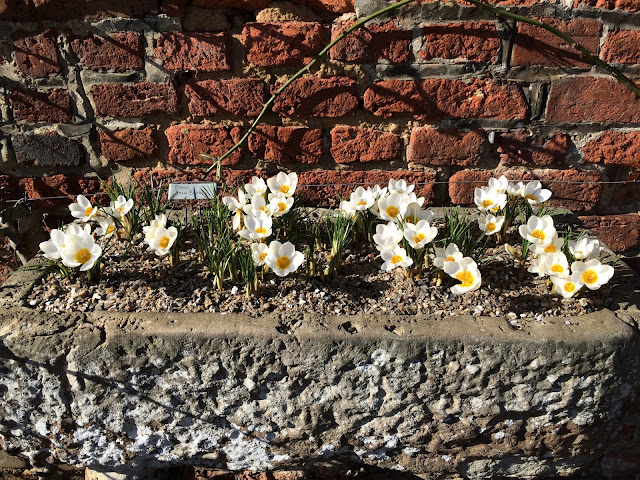 The stone sinks at waist height
are especially well suited to small bulbs. 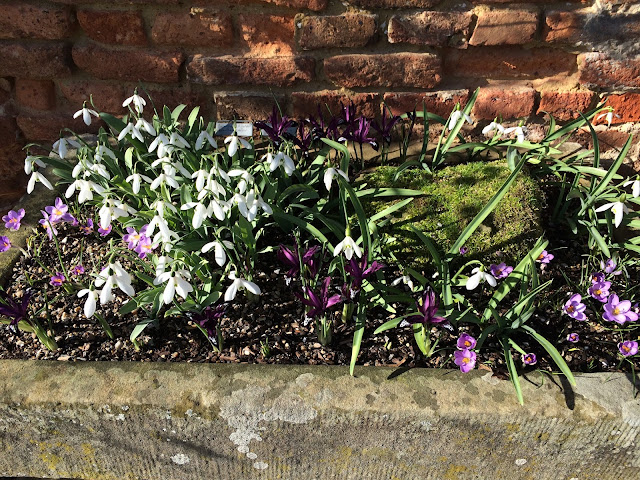 Snow drops and crocuses are held clear of wet grass
and splashing soil. 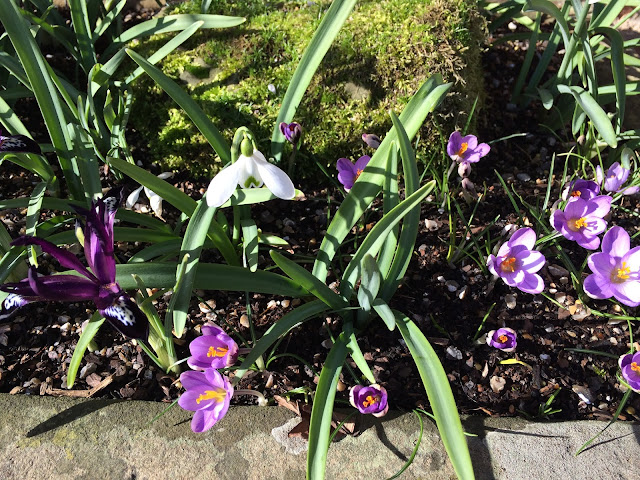 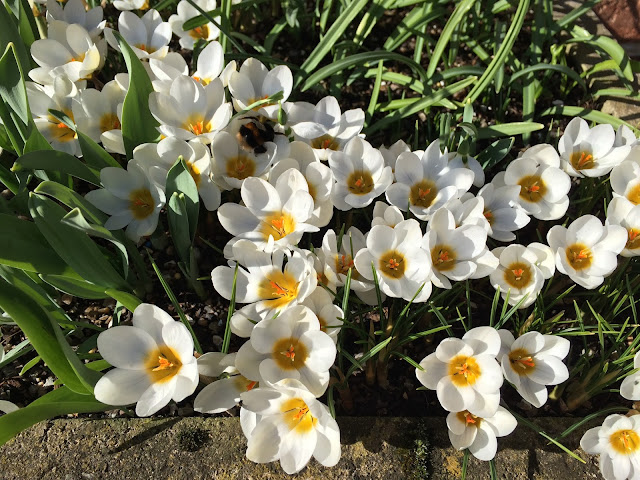 Snow Bunting lifts its face to yours. 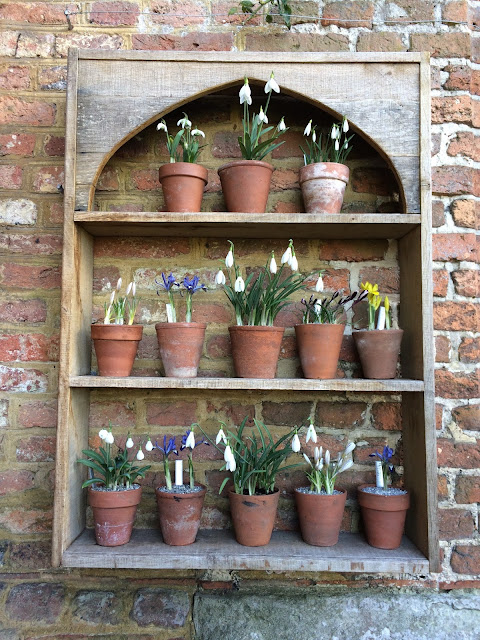 I must remember to pot up some snowdrops
in the green this year. 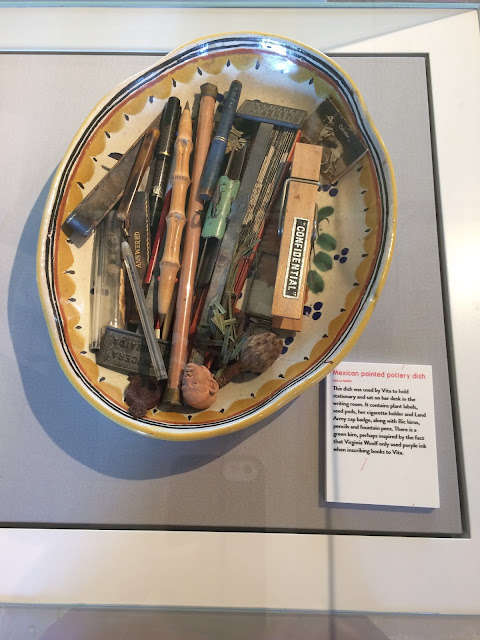 of some of Vita Sackville-West's bits and bobs
removed from her writing room while restoration takes place. 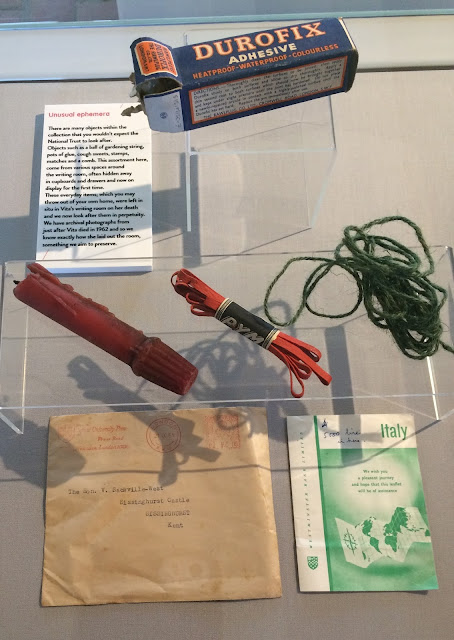 As the caption says, there are many objects in the collection which
you wouldn't expect the National Trust to look after,
(see above)
but these are being looked after in perpetuity
and include her Christmas present lists,
(see below). 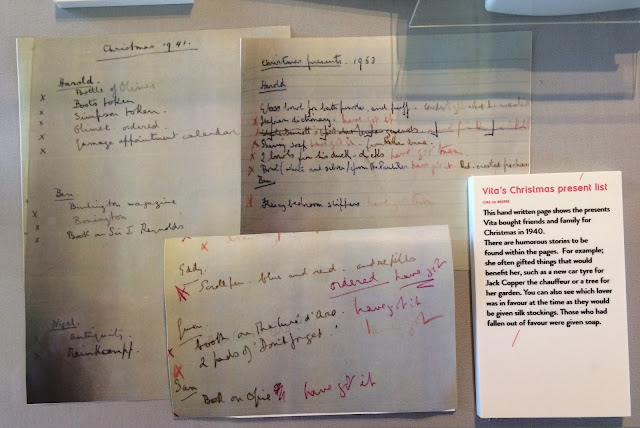 The Burlington Magazine still runs. Ben was getting that in 1941.
Simpsons and Gamages are no more but a Boots token is always a safe bet.
I think that Harold must have been getting a gimlet not a glimet.
But did he really want a glass bowl for bath powder and puff
or was that a gift that could benefit Vita,
like the new car tyre for Jack Cooper the chauffeur?
I hope his duck-ducks have been looked after in perpetuity. 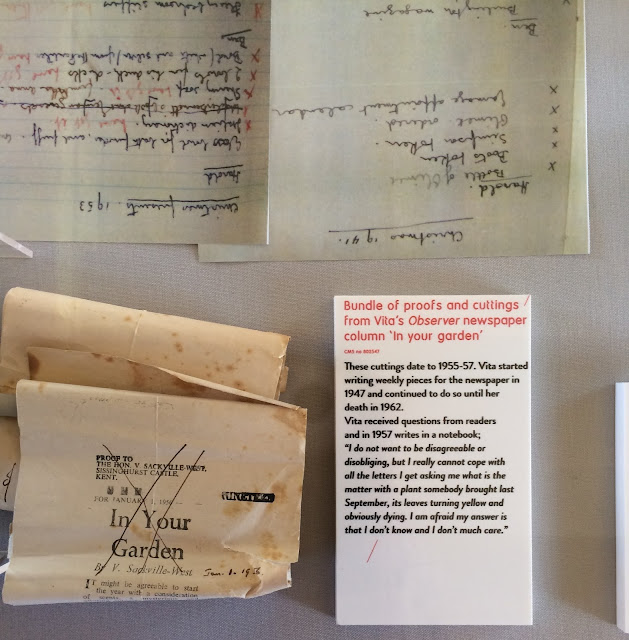