Lamb's (lettuce) to the slaughter? 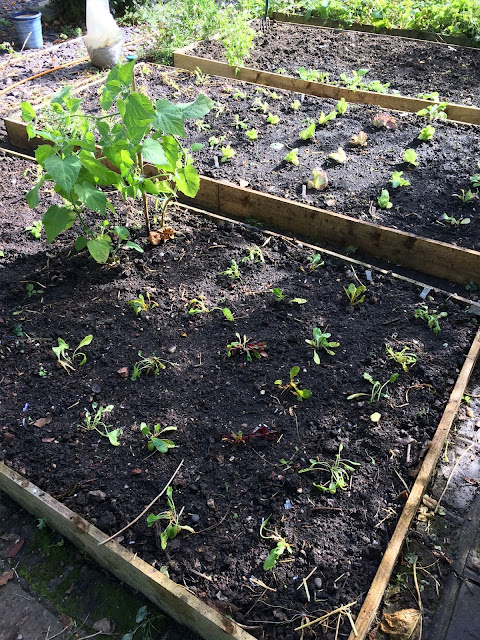 Two beds of succulent winter salad leaves
in the ground. 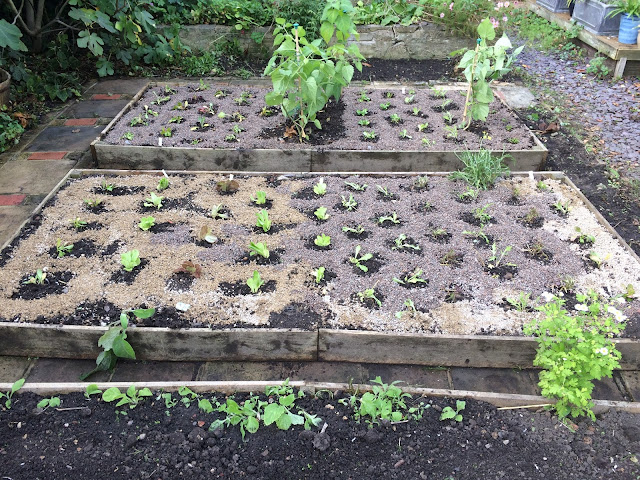 Edited to add:
Two torch patrols tonight
and the enemy's capabilities have not been underestimated.
Both beer traps have been dug up.
One of them moved 30cms and not a drop spilled.
Many, many little black slugs were apprehended while climbing out
from under the boards.
The leopard slugs were patrolling the paths.
But incredibly it turns out they are the gardener's friend.
They eat other slugs! Who knew?