A trip of extremes 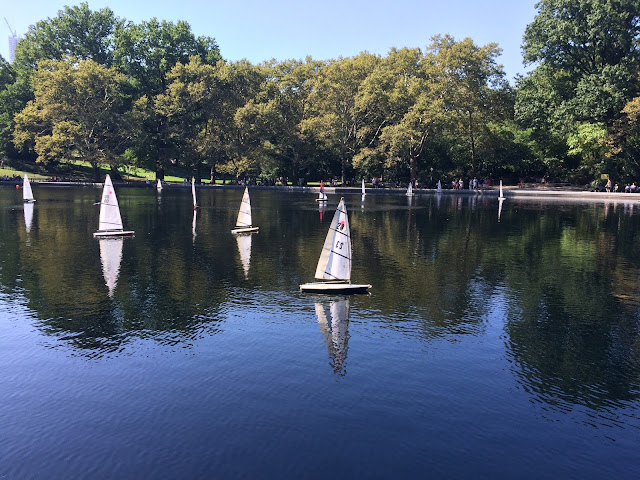 A tranquil scene in Central Park on one of the exceptionally hot days
of the record-breaking September heatwave in mid-West and North-Eastern US. 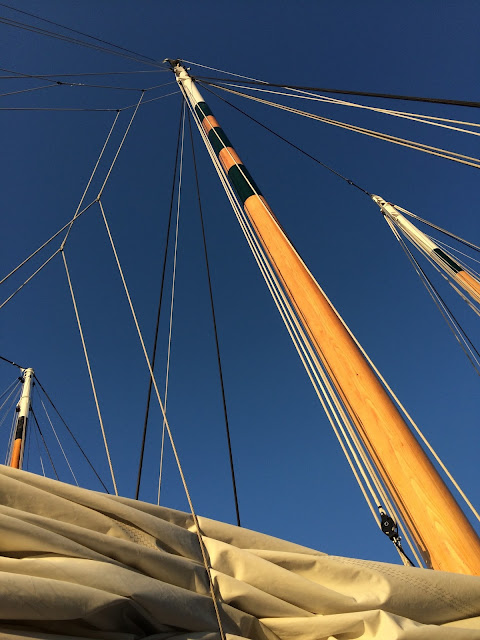 A sunset sail aboard the Adirondack Schooner in New York Harbor -
with not a breath of wind. 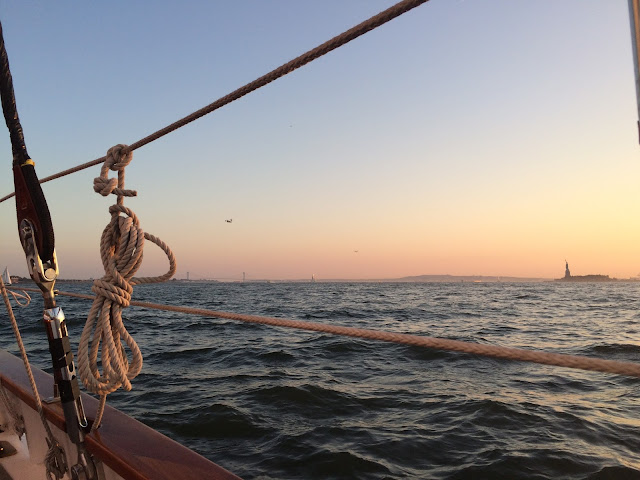 The arresting sight of Marine One with its decoy helicopter
and V22 Osprey tiltrotor attack helicopter escort, flying out of Manhattan. 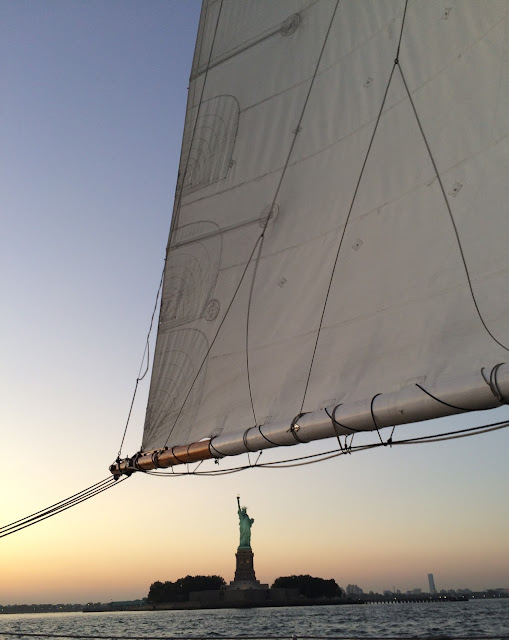 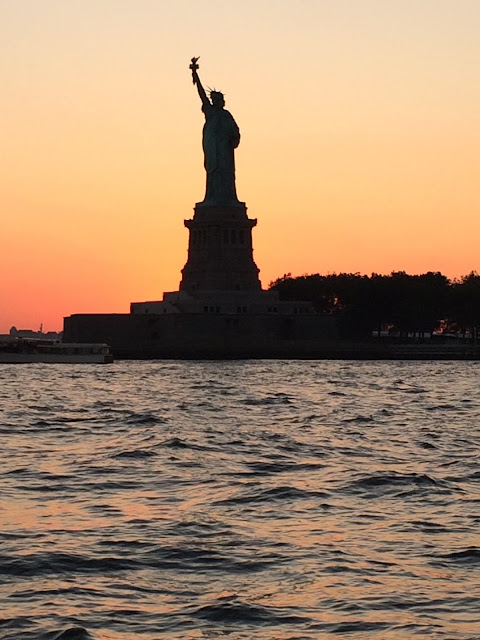 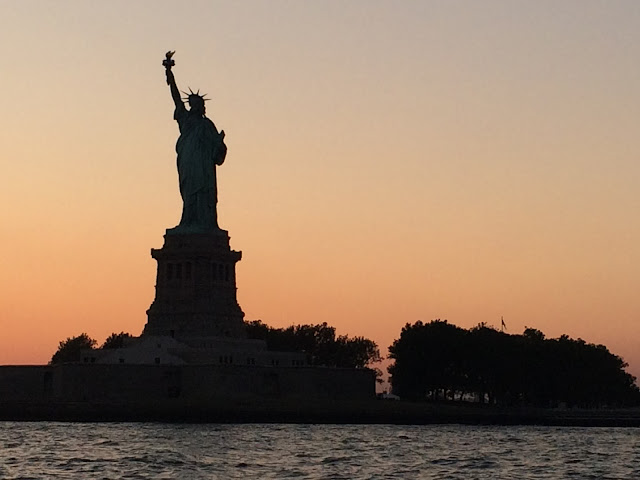 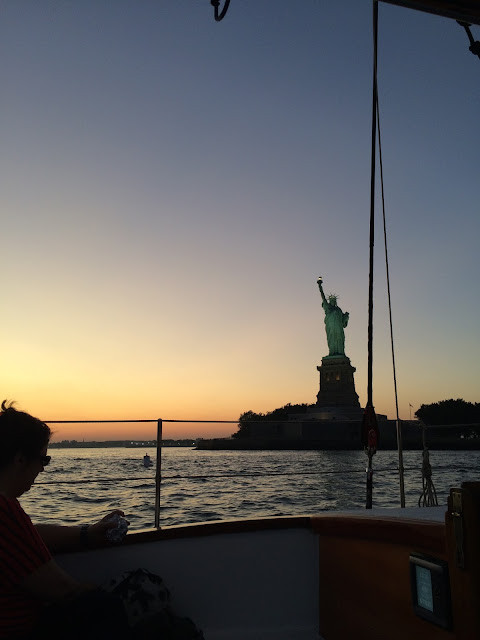 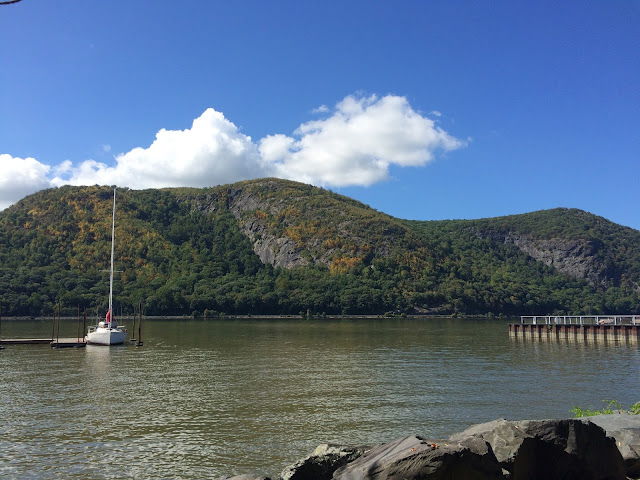 City life escape to Cold Spring on the Poughkeepsie line
out of Grand Central Station.
The train hugged the Hudson River shore for much of the route.
On the way back I did a double take at the highly fortified walls of
a building wedged between railwayline and river.
Could it be a prison I wondered aloud.
Well yes, was the answer.
It was Sing Sing Correctional Facility.
A maximum security prison confining about 1700 prisoners.