The lighting of the first fire since early Summer
now usually takes place.
And how pleasant it is, as the evenings close in,
to draw up to the hearth with the feeling that
the fire is not yet the only barrier
between us and extreme cold and discomfort,
but is merely an excusable luxury
letting us down gently and easily
into the chilly months to come. 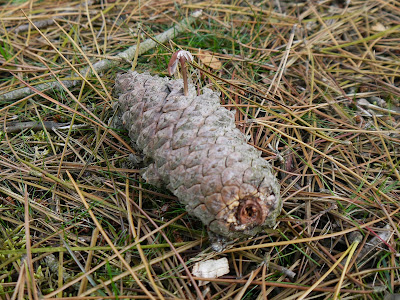 How delightful, too, to be able to carry in
odd pieces of wood and fir cones
found lying beneath trees -
all of which, when much heat is needed,
are not of great value -
but which now give a feeling of thrift,
and the idea that one is saving coal
for a time when it will be essential. 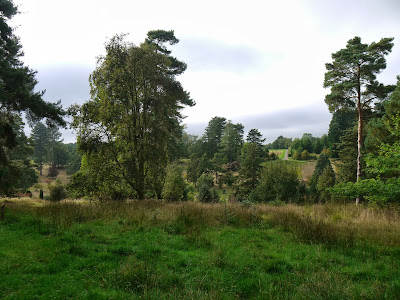 And lastly the woods now take on a quality
unknown in any other month.
After the dull, monotonous green of late Summer,
it is a relief to see the leaves beginning to thin a little,
and the form and shape of trees -
hidden from us since early June -
revealed once more in all their bare beauty. 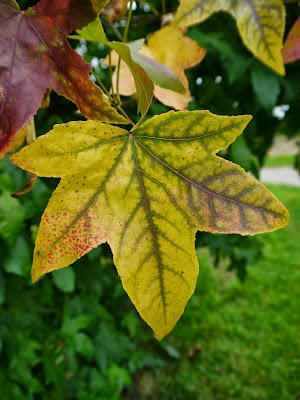 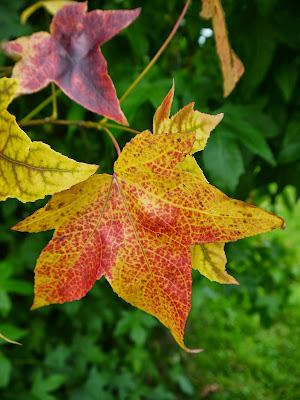 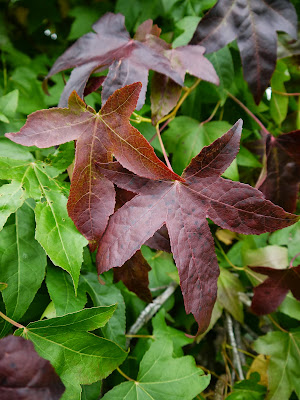 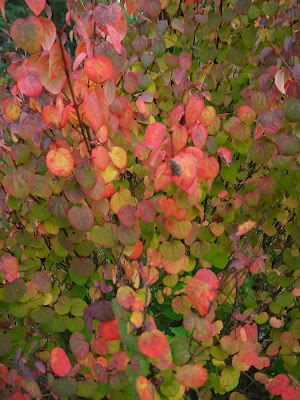 One last pleasure September has yet to give -
perhaps the greatest or at least the most thrilling of all.
It is towards the end of the month that the gathering
of the first autumn mushrooms is almost a certainty. 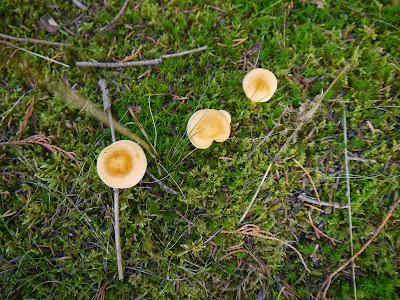 From Garden and Hedgerow by Ethel Armitage
published 1939.
Posted by Lucille at 4:17 pm