Summer began late, after a poor spring,
for all there were a couple of weeks of flowers and freshness,
spring was a disappointment, nothing more than
a backlash of winter, as though the cold season
had a long, long tail that trailed slowly away behind it.
It was a grey, wet spring, dismal and cold,
and even the first ten days of June
were fires - and lights-on-early days. 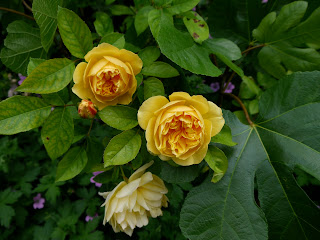 The first flush of roses came out on walls 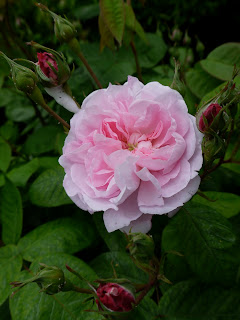 and around doorways and porches, 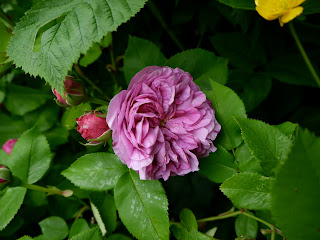 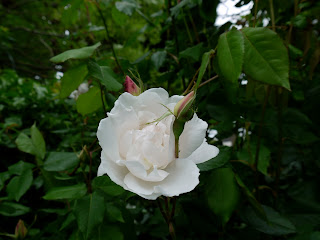 all their glory was wasted in rain and scudding skies
and many of them even came down in blustery winds. . .
the fête was postponed,
and then held indoors, outings were cancelled,
picnics abandoned.
Cricket and tennis were played
under lowering, swollen skies on damp grass,
the soil was cold. . .
And then, over one weekend, it changed utterly,
we might have been transported to another country. . .
It rained hard all day on the eleventh of June,
and not again for weeks and weeks,
the sun bore down and the earth baked,
until September.
The Magic Apple Tree by Susan Hill 1982